Berkhamsted Golf Club’s decision to allow both sexes to compete in the Berkhamsted Trophy, announced today, is a world-first for elite amateur golf.

The landmark decision, which has the support of The R&A and England Golf, represents the first time that one of amateur golf’s long-established, prestige tournaments – the Berkhamsted Trophy is entering its 61st year – has transformed from being a men-only tournament, into one which invites both sexes to compete for the same prize.

The 61st Berkhamsted Trophy will take place from Thursday 2nd April to Saturday 4th April 2020. Entries are now open to golfers with handicaps of 1 or better, with invitations being sent to a number of elite female players.

The club is working on a flexible teeing system with The R&A and England Golf which will ensure that both sexes compete on an equal footing.

The event will be eligible for World Amateur Golf Ranking® (WAGR®) points for both men and women.

“It is unsustainable, in the long term, for golf to continue to keep men and women apart like it has historically done” said Berkhamsted Golf Club Captain, Henry Tse.

“Berkhamsted has always been a progressive club, and we like to play golf as nature intended – as expressed by the lack of man-made hazards on our golf course. This decision is a natural evolution not only of that ethos, and but also of the way the modern world works. We will be excited to see men and women compete equally for our beloved Trophy.” 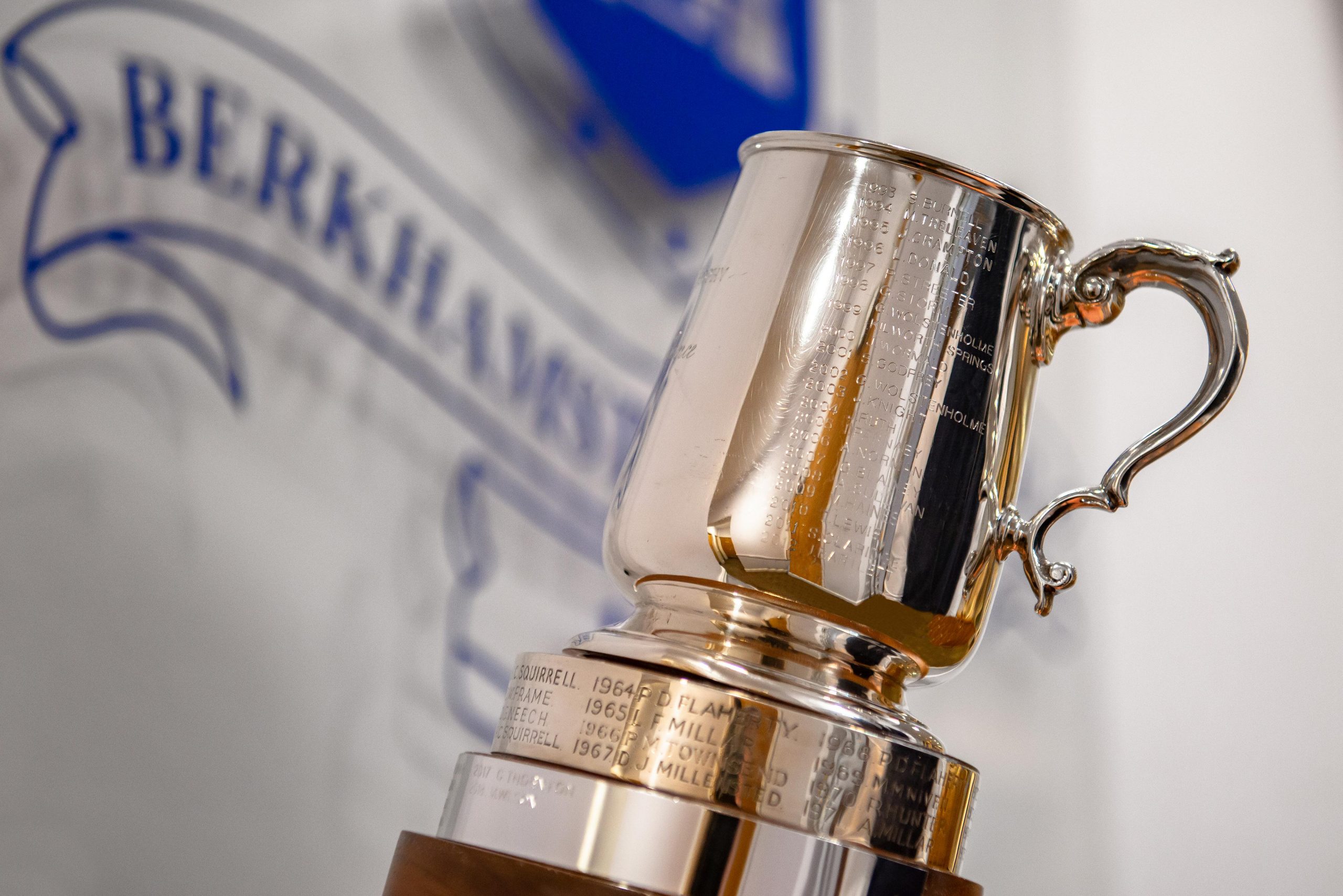 Club manager Howard Craft said: “We are not afraid to challenge the status quo here. There is a lot of talk in golf about embracing change, but the pace at which things fundamentally change in the sport can be a little slow. We are enthusiastic supporters of The R&A’s Women In Golf Charter, and what could be a more shining example of this than allowing men and women to play golf together in competition at the very top of the amateur game, as they naturally do anyway in general play?”

Martin Slumbers, Chief Executive of The R&A said, “The R&A’s Women in Golf Charter is a call to action for everyone involved in golf, from national associations to clubs, to do more to attract women and girls to take up this wonderful sport. There are many different ways in which this can be achieved and we are supportive of initiatives, such as this by Berkhamsted, which encourage women to compete and play golf at all levels of the game.”

The Berkhamsted decision has also been welcomed by Elaine Ratcliffe, Captain of the 2020 Great Britain and Ireland Curtis Cup team. “I applaud Berkhamsted for their forward thinking, and I am delighted to have been asked to help set up the golf to provide an equal test for both men and women during the event” she said.

“I will also help the club to secure as strong a women’s list of participants as possible.”

Christine Foreman, Berkhamsted’s Lady Captain, said: “This innovative step will be much welcomed by lady golfers far and wide. It will put Berkhamsted at the forefront of modern golf”.

“Well done Berkhamsted. Let’s hope that other prestigious tournaments now follow in their footsteps” said Alison Root, Editor of Women & Golf magazine. “It has a potential domino effect which would be great news for the longevity of the sport.”

Esther Strous, County Development Officer of Hertfordshire Golf, said: “Although 2020 will surely give us many moments which showcase equality in golf worldwide, it is truly amazing that this massive step forwards is happening at Berkhamsted Golf Club right here in Hertfordshire.

“That the club has voted to invite elite female golfers to compete on equal terms in its richly historic and nationally significant event – which for six decades has been a men-only tournament – says a lot for the inclusive nature of Berkhamsted. What an exciting time for golf. I expect clubs across the world will now take a look at their own elite events, now that Berkhamsted has set this example.”

The club recently engaged Peter McEvoy OBE, the unbeaten Great Britain and Ireland Walker Cup Captain and amateur golf icon turned course architect, to consult on its golf course, and it was McEvoy who initially brought the idea to the club.

“I am thrilled that Berkhamsted Golf Club has made this move, and to have such enthusiastic support from The R&A and England Golf is the icing on the cake” said McEvoy. “Berkhamsted is a superb test of golf and particularly course management skills. It will be fascinating to watch men and women compete for the same Trophy on such a magnificent golf course.” 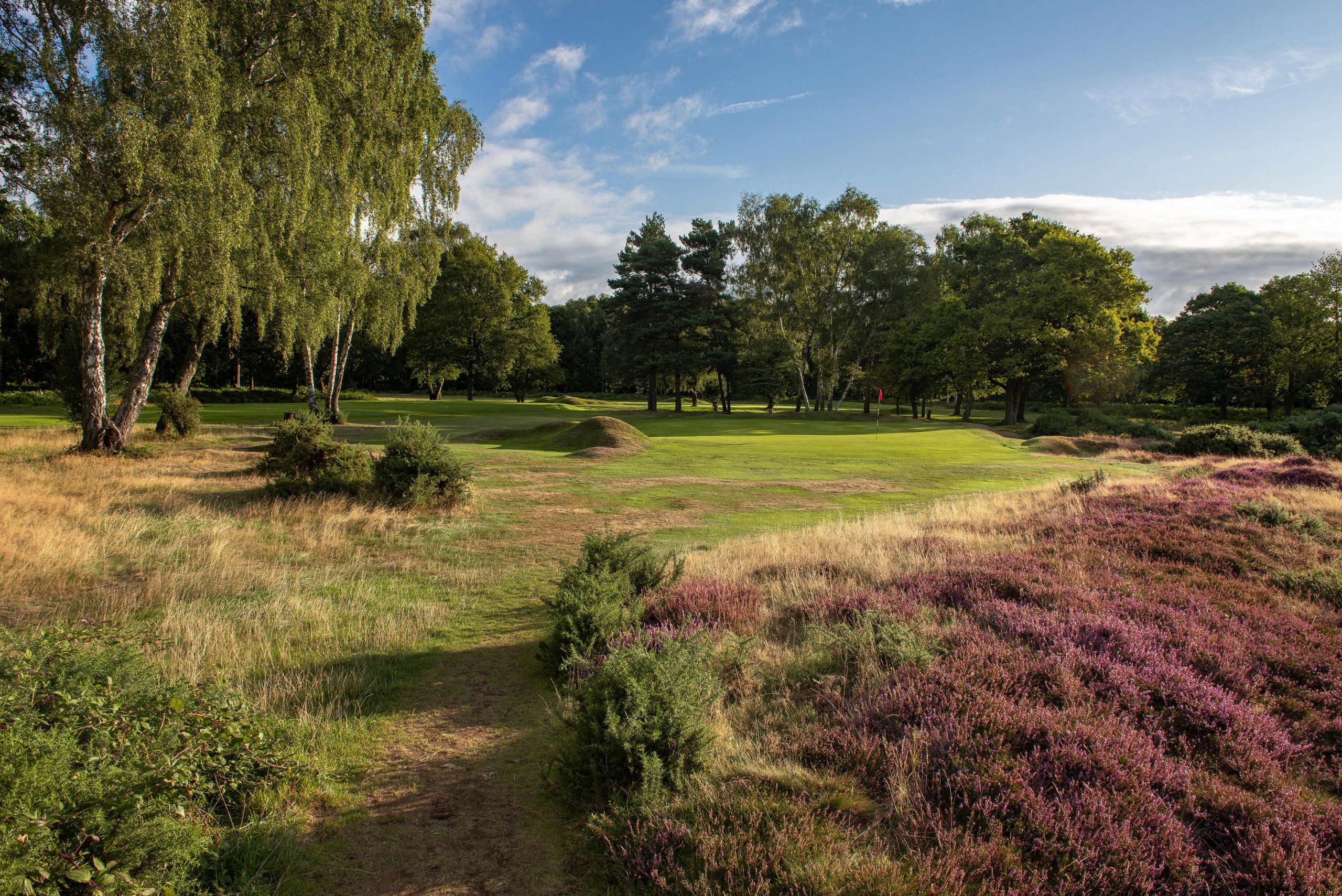 Joss Gosling, the 27 year old winner of the 2019 Berkhamsted Trophy, will defend his title in April 2020. He said: “I believe strongly in inclusion and equality throughout our game, and I know that the majority of my fellow male competitors feel the same. This is brilliant news, and I welcome Berkhamsted’s decision. The fact that an event as prestigious as the Berkhamsted Trophy has made this change will go a long way in showing people that golf is a game for everyone.

“I am looking forward to competing, for the first time, against the best female amateur golfers out there. See you all in April!”

And 22-year old Alice Hewson, one of Berkhamsted Golf Club’s most successful recent female members after she became the first Englishwoman to play a competitive tournament round at Augusta National, in 2019’s Augusta National Women’s Amateur, said: “I am so proud of my home club for embracing equality. I hope the public will come and watch this year’s Berkhamsted Trophy, to see the very best amateur golfers of both sexes on a fantastic golf course.”

The famously bunker-free Berkhamsted Golf Club is laid out on common land in Hertfordshire’s largest expanse of natural gorse and heather, with over five miles of bridleways and pathways running throughout the golf course and its huge 560-acre estate, full of natural beauty.

Situated north west of London, close to the western boundary of Hertfordshire, Berkhamsted Golf Club  is easily accessible from the A41, five miles west of Hemel Hempstead and just 15 minutes from M1 Junction 8 (St Albans). 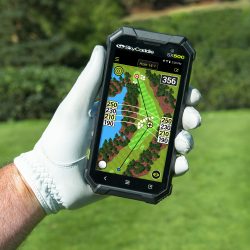 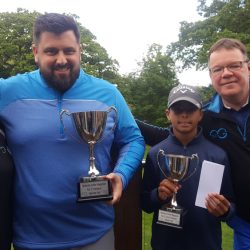