The privately owned hotel and 18 hole course is located ideally in a very secluded spot in Leicestershire with good road and motorway links all around. The 4 star hotel has full modern facilities including the spa and health club, the golf course takes that ‘away from it all’ feeling to another level.

Recent course improvements and a bit of a re-model have bedded in now and have gone down well with the membership and visitors too. The changes were necessary due to the purchase of land for new housing on the western border of the golf course. The development required the patch of land where Ullesthorpe’s short second hole once resided, so the club, along with course architects Ritson Golf Design devised a new plan to drastically alter their very first hole. I can say it now too, despite the fact we’ve always enjoyed the course very much, that opener was always a bit of a stiff challenge. 550 yards it stretched and when you’re mid-handicapper MG and don’t tend to find time to warm up much before a review round, that’s a grueller. 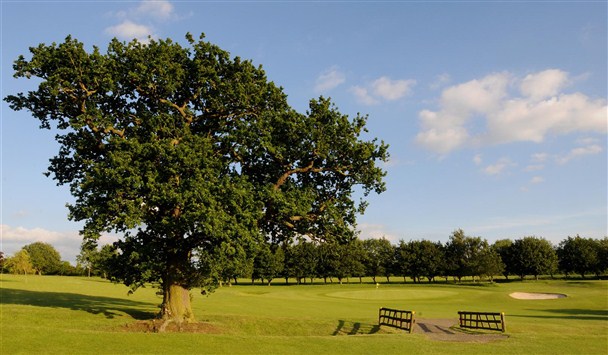 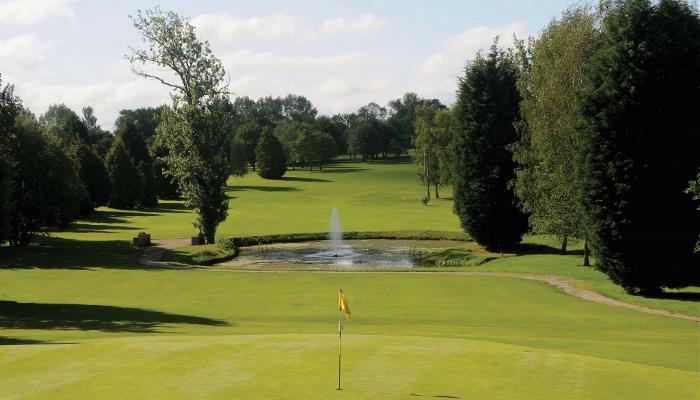 A change is as good as a rest – now they’ve come up with something completely different to restore 18 holes. The old first has been split in two with a new short four, followed by a very cute par three, both with water hazards too. Instead of brute force, it’s a tale of great accuracy now, the greens are well banked up with free formed bunkers in place and woe betide anyone who falls a little short on length at the second. Chances are you’ll slip back down the bank into a watery grave.

Ullesthorpe Court is an ideal spot to focus on your game and lose yourselves among the tree lined and lush fairways of rural Leicestershire. Typically for a resort course there are generously wide fairways to go at and a distinct lack of thick rough, although out of bounds is a constant threat for anything too wayward. The main examination of your game here comes at the sharp end, the large and speedy greens are heavily contoured and offer a wide range of pin positions. A seriously fine test of your putting skills, there’s the inevitability of some nervy downhill sliders on some of the best surfaces in the East Midlands.

The signature hole for now at least remains the ninth; the embankment of the disused Rugby to Leicester railway line is put to good use on this lengthy par three. It now acts as a raised tee and a pretty exposed one too, looking down over a range of hazards, including a pond to avoid in finding the sanctity of the green. 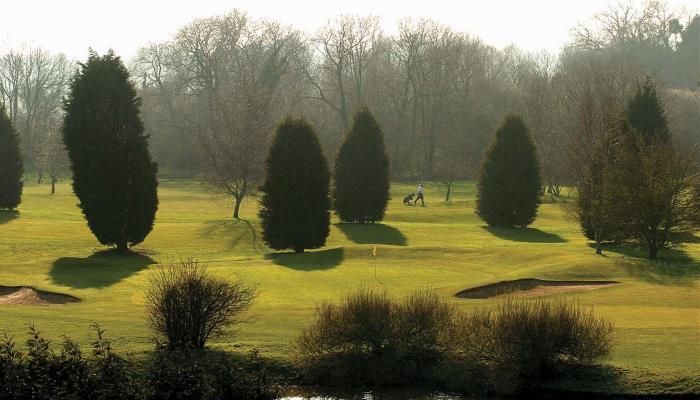 Ullesthorpe’s course changes weren’t completely confined to holes one and two. There is a new 15th as well, previously a par four, it’s been increased in length to a five to maintain the course as a par 72. They’ve done an amazing job too, adding a water feature below the green to give you a risk or reward based decision to make as you stand over your second shot.

It initiates an exciting quartet of finishing holes with two short par fours along next. The minefield of hazards might keep you a little cautious on the 16th, but the 17th is a real thriller that may prove irresistible. A little more generous looking from the tee and slightly downhill, bringing the green into range, although this putting surface may well be the trickiest of the lot.

The layout concludes with a quite superb 18th, long and undulating with a tough approach to the raised green over the trees and the attractive water hazard complete with fountain. There’s your photograph. 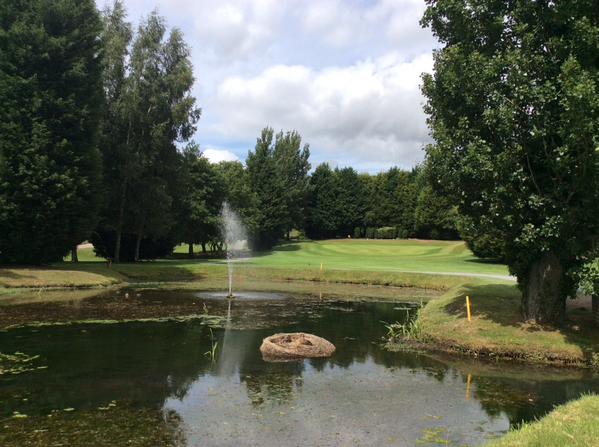 19th Hole – Separate golf clubhouse from the hotel, large bar and well stocked pro shop. Buggy and trolley hire available. A special mention to Carolyn too behind the bar who looked after us very well indeed with post round drinks and sandwiches. It costs a few bob to impress with course changes, but nothing when it comes to great customer service such as this. 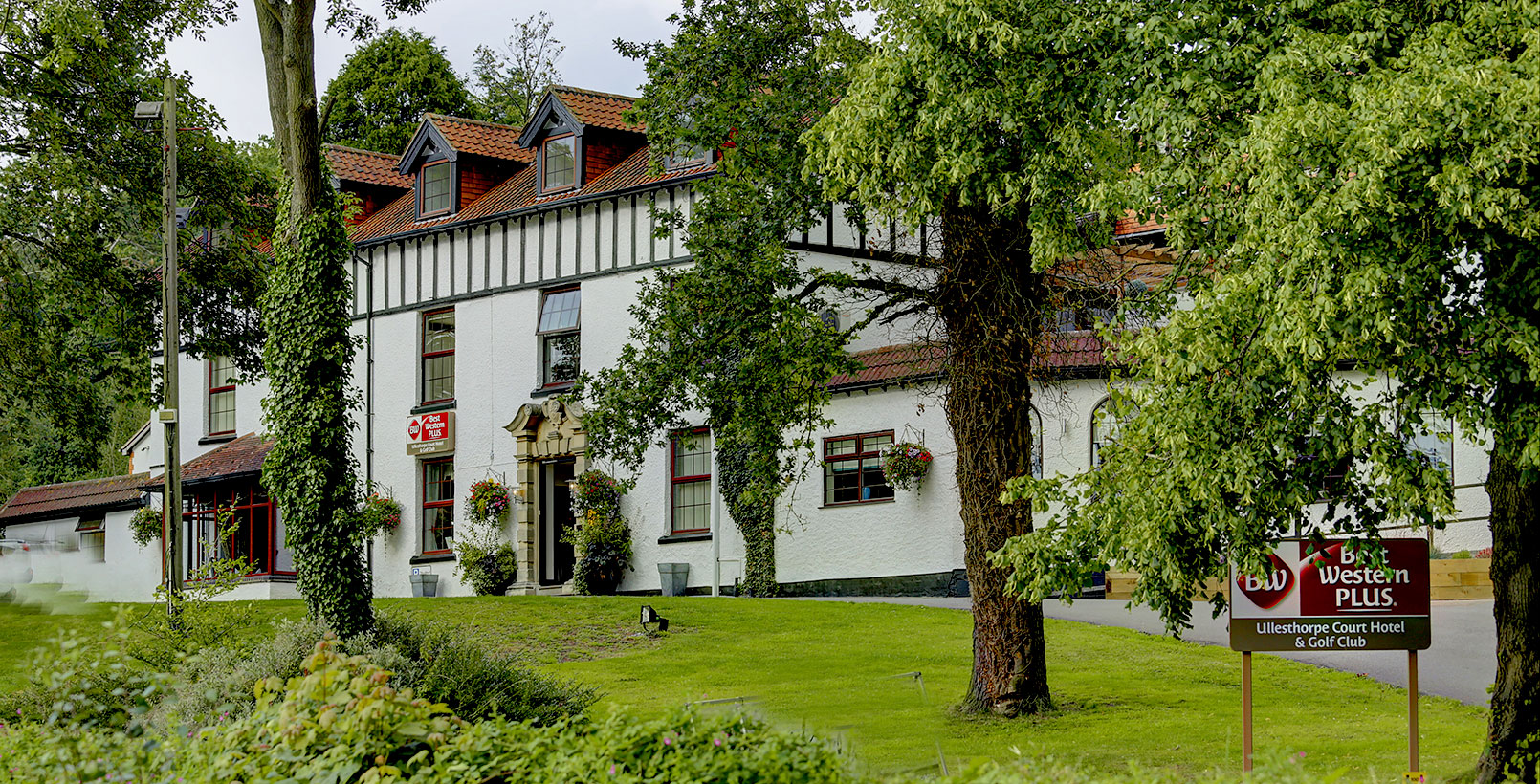 Hotel – Originally a 17th Century manor house the hotel is now a modern country style hotel. 72 bedrooms offering standard, superior and executive suites. Free WIFI is available throughout the hotel. The Woodlands Restaurant is open to both hotel residents and visitors, offering A La Carte and Table d’hote menus. Lincolns Bar offers a big range of traditional bar meals and themed menu nights at competitive prices for all.