2021 saw the first official full season schedule for the DMH (don’t mention handicaps) golf society from Redditch, and what a year it turned out to be.

The season saw the introduction of two new majors and an Order of Merit, in addition to our regular Ryder Cup.

We got underway at Feldon Valley in April, with Mark Rose claiming victory with an impressive 43 points. He was rightly cut, and in true Rosey style, hasn’t stopped moaning about it since! 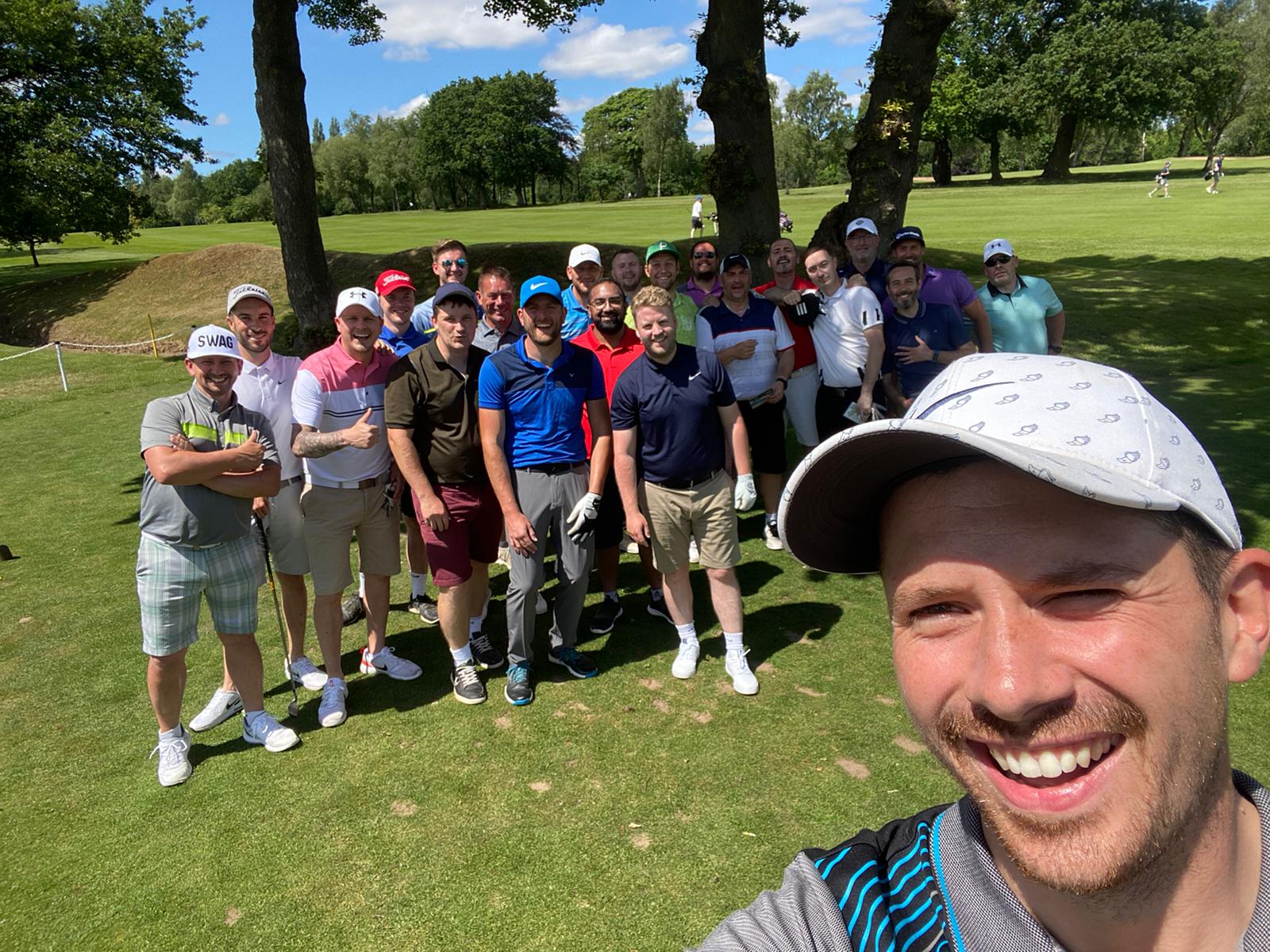 May saw us visit a society favourite, Ross on Wye, for the season’s first major – the DMH Open. Steve Lawrence claimed a maiden society victory with 39 points, narrowly beating Joe Jones on countback.

In June we visited Moseley, the day following their open, which resulted in a very difficult set of pins. That didn’t slow down Brad Hartles, who shot 37 points to beat the field in some glorious weather.

The DMH Ryder Cup is the highlight of our season, with this year being the 5th time it’s been contested. Chris Smith was elected captain of Team USA, with Matt Lines captaining Team Europe. The venue was Staverton Park. Saturday saw two formats played – morning fourballs over 18 holes, with afternoon foursomes played over nine holes.

Europe led the morning session 4-2, with foursomes tied in the afternoon, leaving the Europeans with a narrow lead heading into Sunday’s singles.

There was a lot of blue on the board early, with Europe winning three of the first four matches, and looked on course to win their first ever Ryder Cup. However, it wasn’t to be, with the remaining matches all won by USA bar one, leaving the yanks with a session victory of 8-4, and overall win of 11.5 – 9.5. Credit to the Europeans, as this was our closest ever Ryder Cup. 2022 should be very interesting, with Joe Clarke and Dave Stocking taking the captain’s roles for USA and Europe respectively.

We also compete for a singles trophy over the two days, which saw Chris Smith retain the trophy he won in 2020 with a weekend score of 69 points. 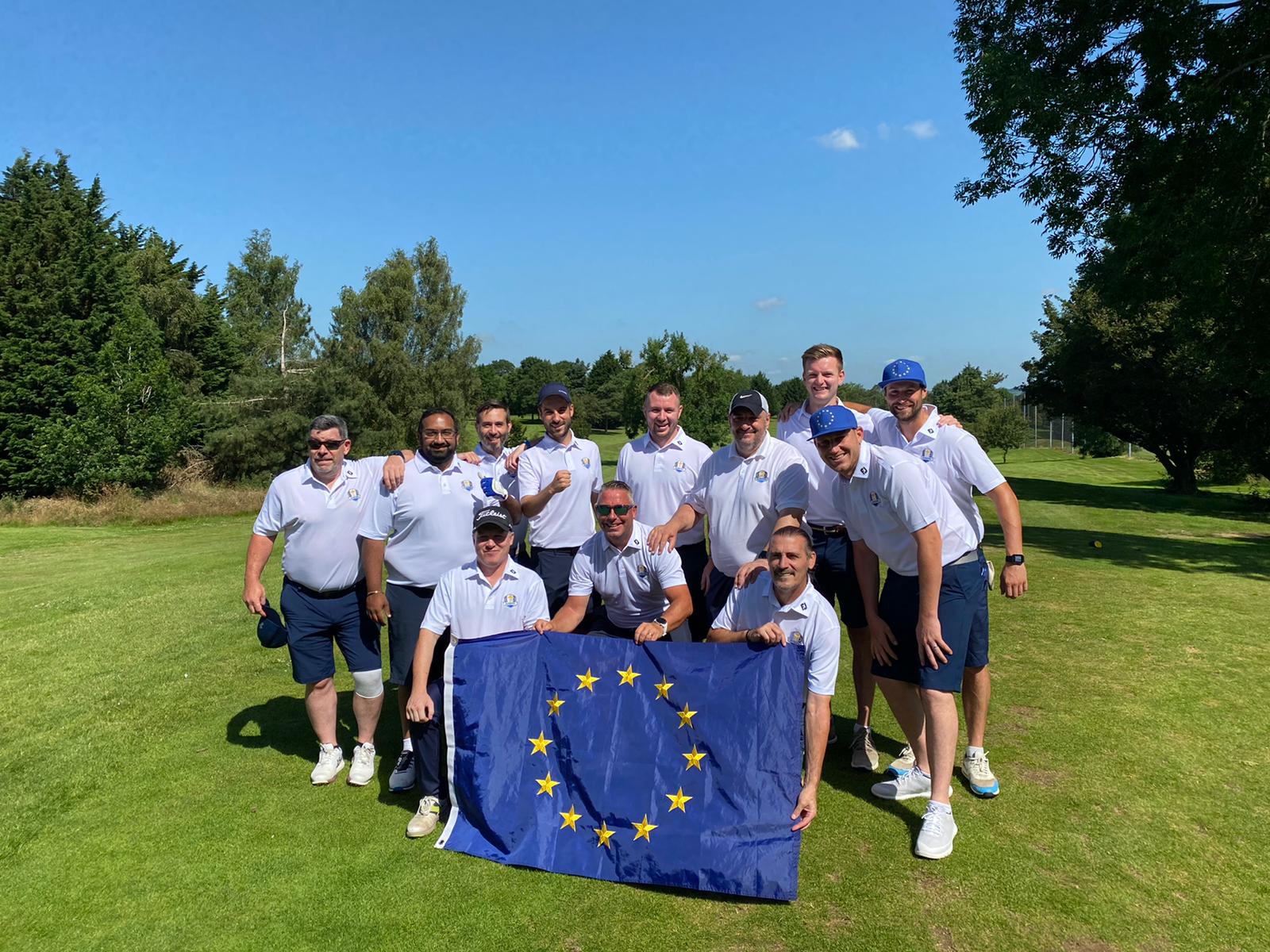 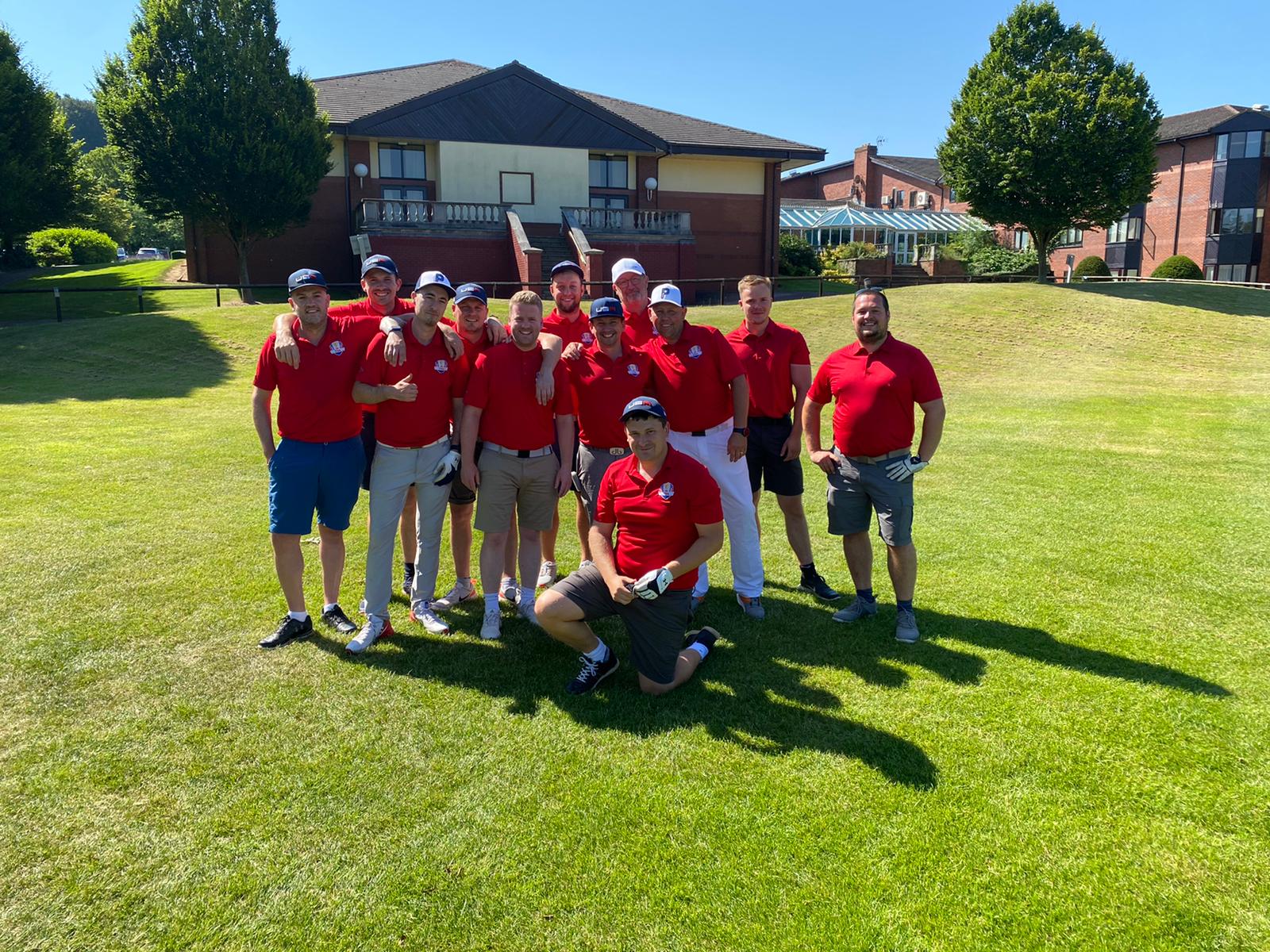 Sapey was a first time visit in August, with Tom Butlin shooting 43 points to earn himself a first win of the season.

A week following the Midlands Golfer Society Championships at Gaudet Luce, DMH visited for the final major of the season, The Master. Perhaps some course knowledge helped Dan Peach to claim victory have played in the DMH team the week prior, picking up the win with 39 points and pictured here. 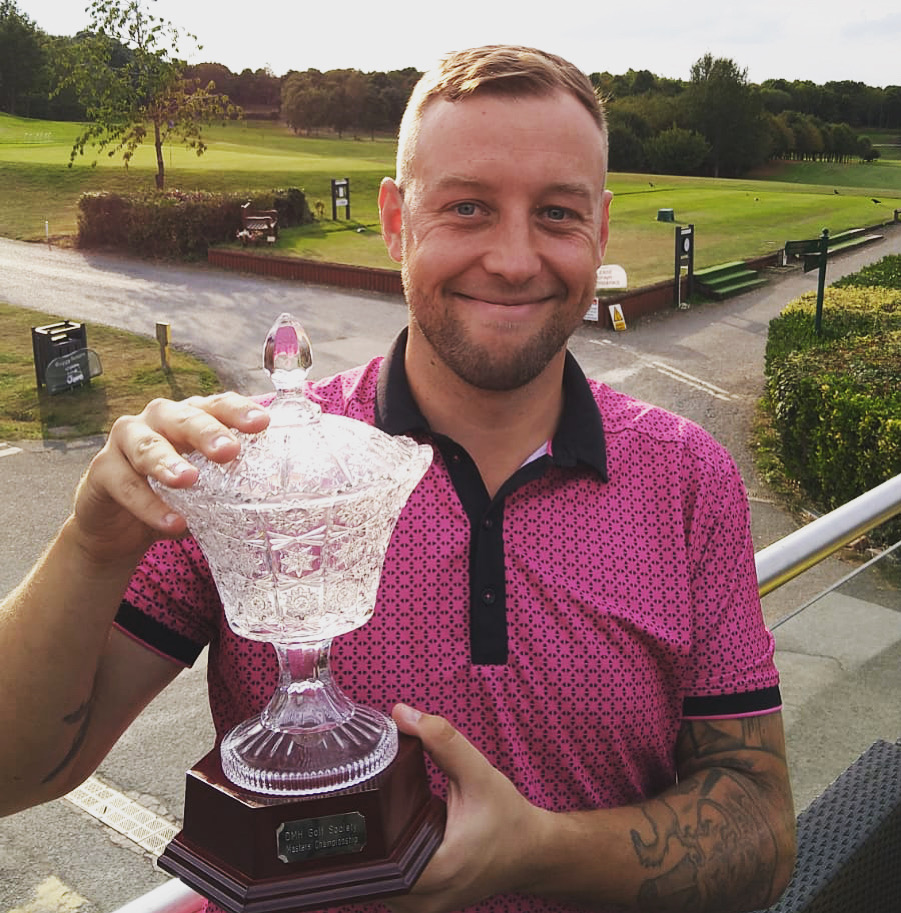 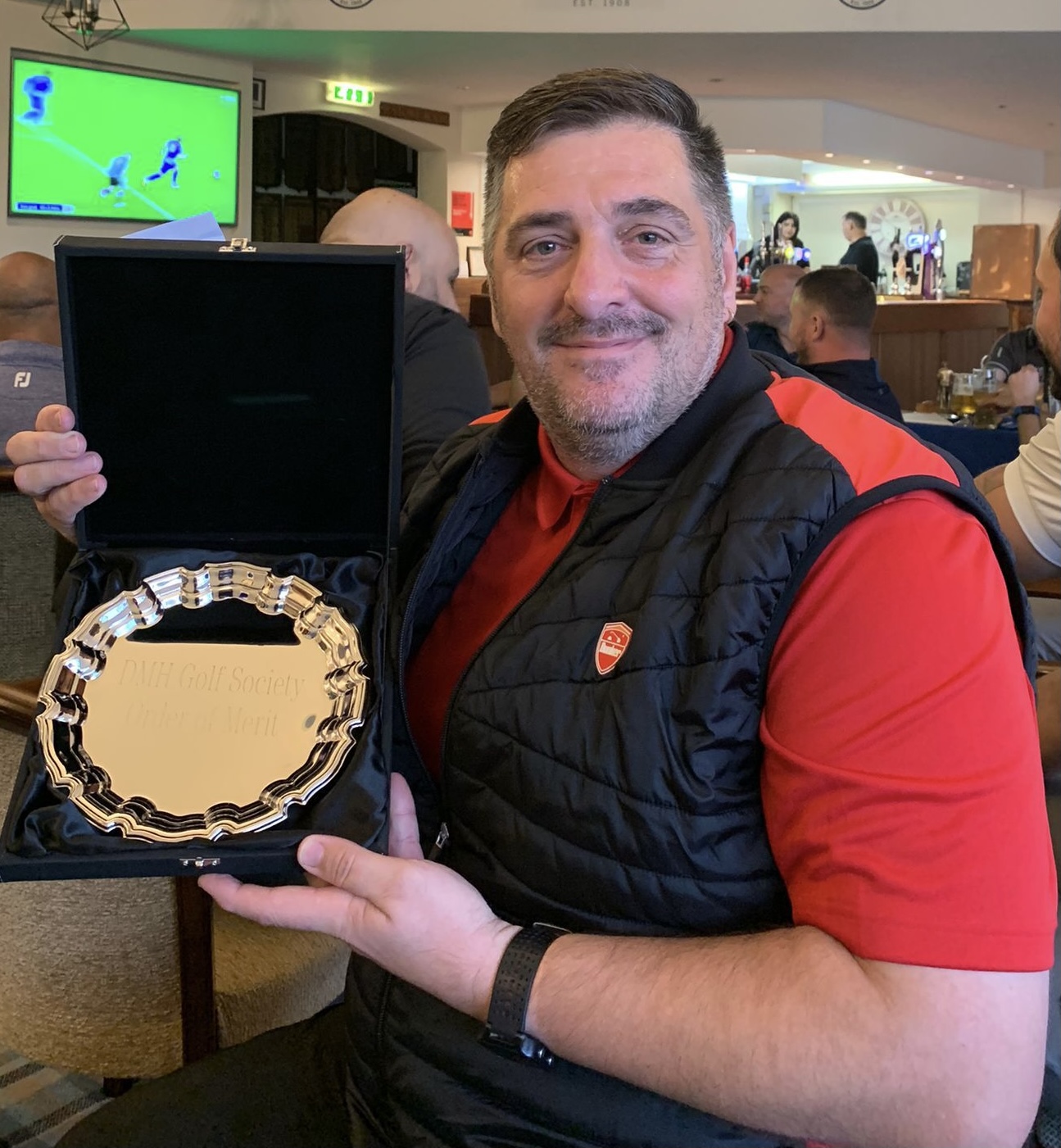 The final event of the year was held at Penn in October. A 42 point round from Rob Parks was enough to comfortably claim victory.

The other winner on the day was Jason Harris, who held off stiff competition from four other contenders to earn the Order of Merit, with the five best season scores counting. Jase shot a combined 178 to win by just two shots and is pictured here after receiving his award.

Early November has seen the conclusion of our season long League and Knockout series.

There are four leagues, made up of five players each playing each other once.

And finally, the knockout final was contested between Rob Parkes and Steve Lawrence. Steve claimed the title in a tough contest at Cleeve Hill.

It’s been a phenomenal year, and we certainly can’t wait for 2022 to get underway.