Talented teen Elizabeth Wilson blew away the field with a Stableford score of 39 points to win the England Women’s Medal Final at Woodhall Spa in early August.

The 13-year-old from Norwood Park in Southwell, Notts was thrilled to be crowned champion and take home a title which is regarded as the pinnacle for female handicap club golfers in England.

Wilson – who plays off a handicap index of 2.3 and has ambitions to become a professional – produced an excellent level par scratch round on the Bracken Course.

Her score of 39 points gave her a winning margin of three and speaking after being presented the crystal trophy, Wilson said: “It’s quite a pleasant surprise. I’m so happy. I thought I was doing all right, but I didn’t think I’d be near the top.” 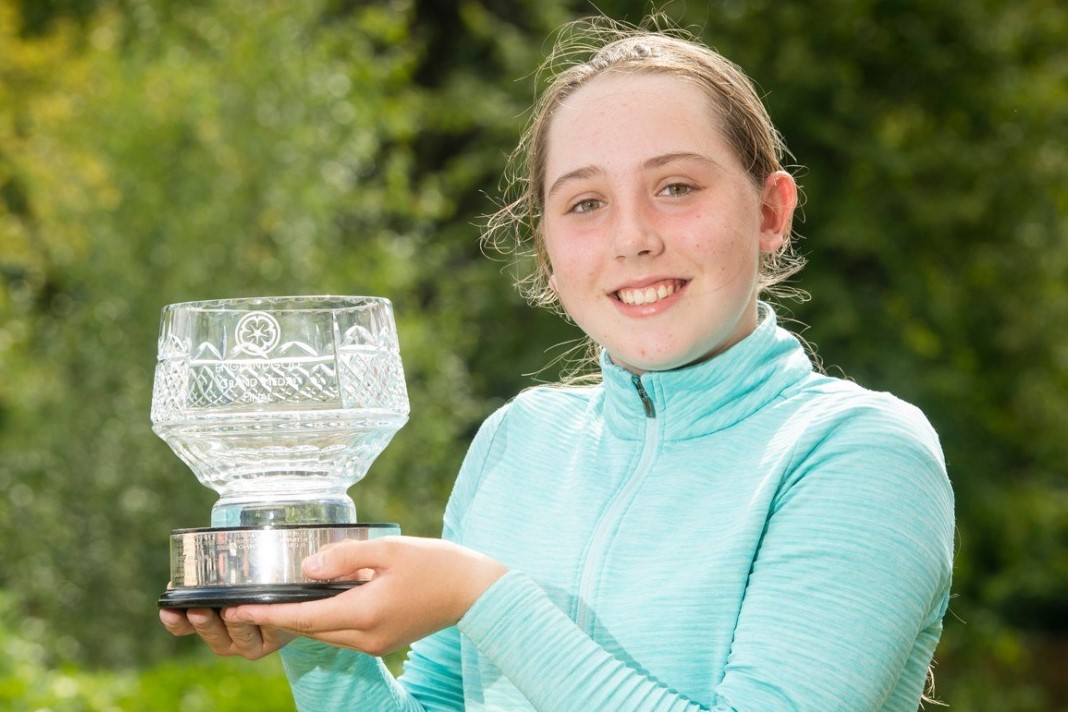 “My handicap is 2.3 and hopefully coming down,” added Wilson. “It’s always been my dream to be on the LPGA – I’d love to be a golfer. My parents both play and I used to go on the range with them before getting my first handicap aged eight.

“I went to Girls Golf Rocks quite a lot at my club and I got through to England trials last year and hopefully I can go on to do that again.”

With dad Craig on the bag and helping to calm any nerves, Wilson was able to play freely and display the form which helped her make it to England trials this year.

“We are so very proud of Lizzie, it has been many years of hard work and player development. So great to see her achieve her potential, it was an outstanding score in a Women’s Championship at Woodhall. Starting off at grass roots level many years ago here at Norwood and now a national Champion. She is an active part of our Junior Squad both at Club & County level, also a Girls Golf Rocks Ambassador, helping us encourage more girls to take up golf. She attends The Minster School in Southwell which now boasts many National & County Golfing Champions. Well done Lizzie.”