Emily Price today celebrated the biggest win of her career after coming from behind to defeat Lily May Humphreys in a thrilling English Women’s Amateur Championship final.

Price claimed a 4&3 victory over the England women’s international in the 36-hole final on the Hotchkin Course at Woodhall Spa Golf Club in Lincolnshire.

However, the match score does not tell the full story of a game that ebbed and flowed and perhaps turned with one putt on the 18th hole of the morning round. 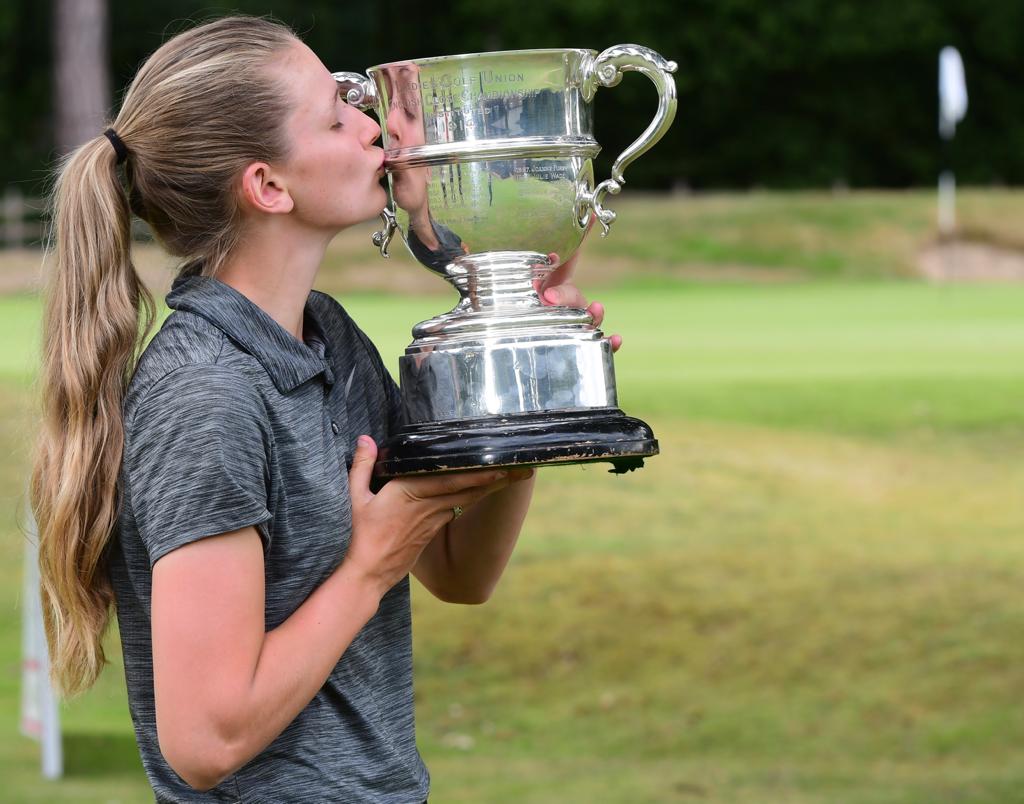 After being two down to the 18-year-old Humphreys for most of the back nine, Price clawed a hole back on the 16th before finding trouble off the tee at the par five, 18th hole.

However, a smart bunker shot followed by a brilliant wedge and a 15-foot birdie putt saw her head into lunch all square and with a spring in her step.

A par, birdie start to the afternoon round edged Price into a lead that she never surrendered and victory was sealed on the 33rd hole.

For Humphreys, there was deep disappointment a year after losing to Ellen Hume in the 2019 final.

However, the Essex golfer can be proud of her efforts this week which continue to point to a bright future in the game.

The glory, though, belonged to Price who cradled the trophy – first played for in 1914 – as she described the best win of her career and the moment when the pendulum swung in her favour.

When asked if the birdie on 18 in the morning was significant, Price admitted:

“To come in not one down and to hole, a decent length birdie gave me momentum and positive energy.

“This morning Lily came out and was playing unbelievable – I was two down and scraped it back on 18 to get all square. Then I started hot this afternoon and kept the momentum going.

“The aim was fairways, greens and two putts for pars. I finished three under which was ok.”

Price has won an England Golf event before. As a 16-year-old, she underlined her star potential with victory in the English Women’s Stroke Play.

Now the sky’s the limit for Price as she prepares to return to Kent State University in America for the final two years of her degree course. Emily was originally a junior member at Cleobury Mortimer GC and is now at Ludlow GC, the picture here is of her (L) at Ludlow after breaking their ladies course record last month. 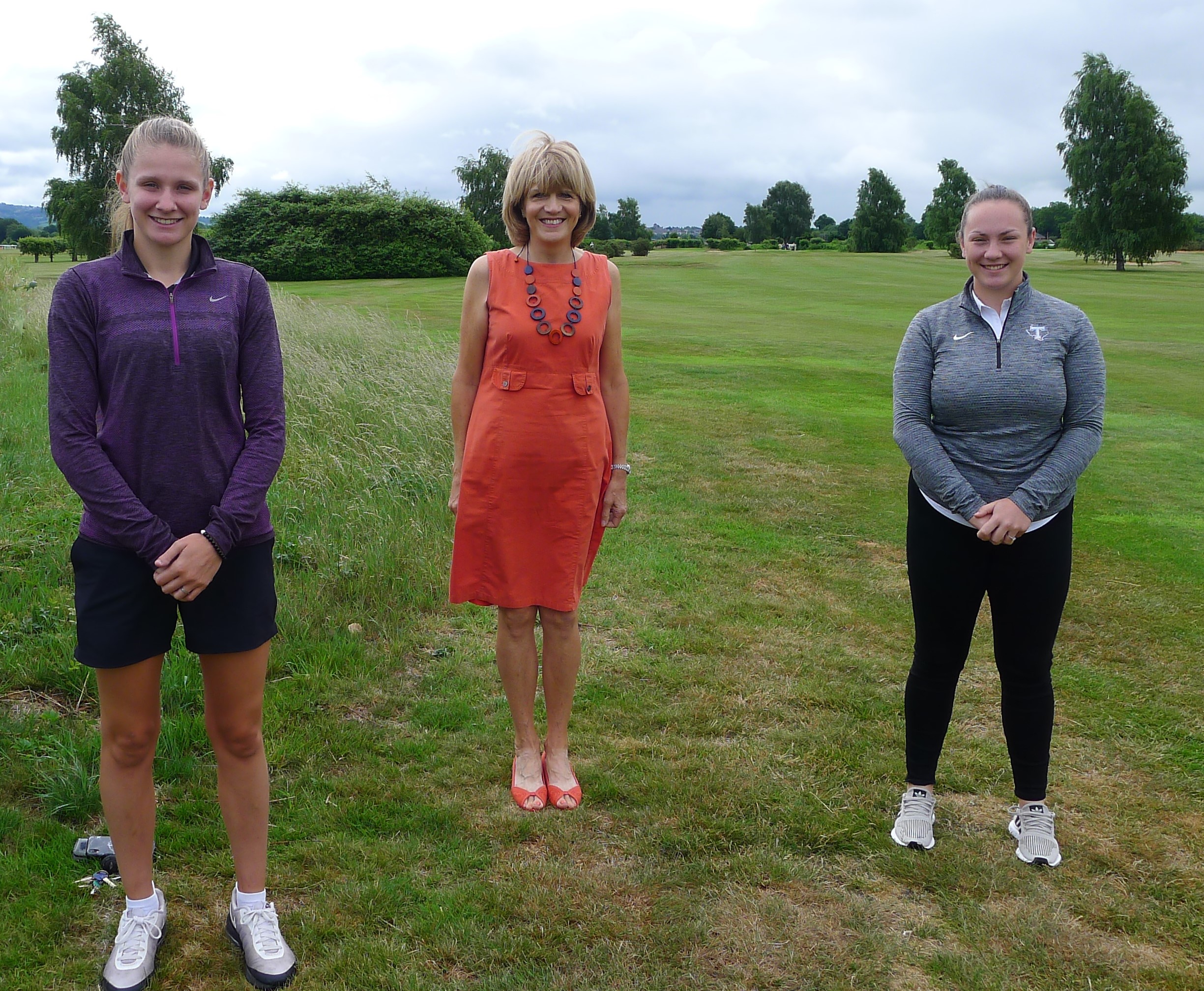 After being introduced as the 2020 English Women’s Amateur champion, she said with a smile:

“It sounds amazing and feels even better.

“To come and take the win after a very long week is unbelievable and to perform the way I have is the best feeling you can ever get as a player.

“It’s been a few years since I won – a distant memory but feels good to be holding this and having won an event of this calibre now I’m 20 years old.

“It will really help boost me and get me going for the rest of the season.”

At the start of the week 66 of the top women amateurs in the country teed it up for two rounds of stroke play before the top 16 made it through to the knockout stages.

In a safe and secure environment and with the men’s amateur championship running alongside the women’s for the first time in history, players were able to concentrate on their golf.

Price spoke on behalf of the golfers when she said:

“It’s been great to get back out there – all of us haven’t played in so long.

“The event has been set up great by England Golf and Woodhall Spa Golf Club and the players have appreciated it– as well as managing boys and girls at the same event.

“It’s been great to have the boys here too and see so many competing.”