We feature a trio of local talented junior golfers here, all of whom went on a trophy and achievement laden run of awesome golfing form in late July/early August.

There is never too much space for junior achievers such as these 3 in Midlands Golfer, drop us a line if you’re a parent or a coach of a young Midlands talent and let us know of their progress too.

Congratulations to the new Staffordshire Boys Open Champion, Harrison Foxall. Harrison is pictured below with the trophy following his four shot victory over the rest of the field at Druids Heath GC in mid July.

The 17 year old is a Leek GC member and has been for the majority of his golfing career since he started playing at the age of seven. He’s in the middle of a good season having won three Leek GC trophies already and finished second at the recent South Staffordshire GC Classic.

Harrison, who plays off 1 represents the county U18s and hopes to go to college in the USA in 2022 to further his studies and also compete on the college scene out there, with longer term ambitions to turn professional and compete on tour one day.

“It was an unbelievable experience winning at Druids Heath, a real career highlight so far,” explained Harrison.  “I’ve been playing some good stuff and putting in the hours with my coach (John Howells) this summer, so it’s great to see it all pay off with this title.”

But he wasn’t finished there. Here’s another picture of him a few days later, lifting another trophy , this time the Staffordshire Boys County Championship title at Brocton Hall. Harrison triumphed by 5 shots with scores of 74 and 77, in doing so he created history by becoming the first golfer to complete the Staffs County Championship double in the same year.

He now goes on to compete in the England Boys Champion of Champions competition at Woodhall Spa next month. 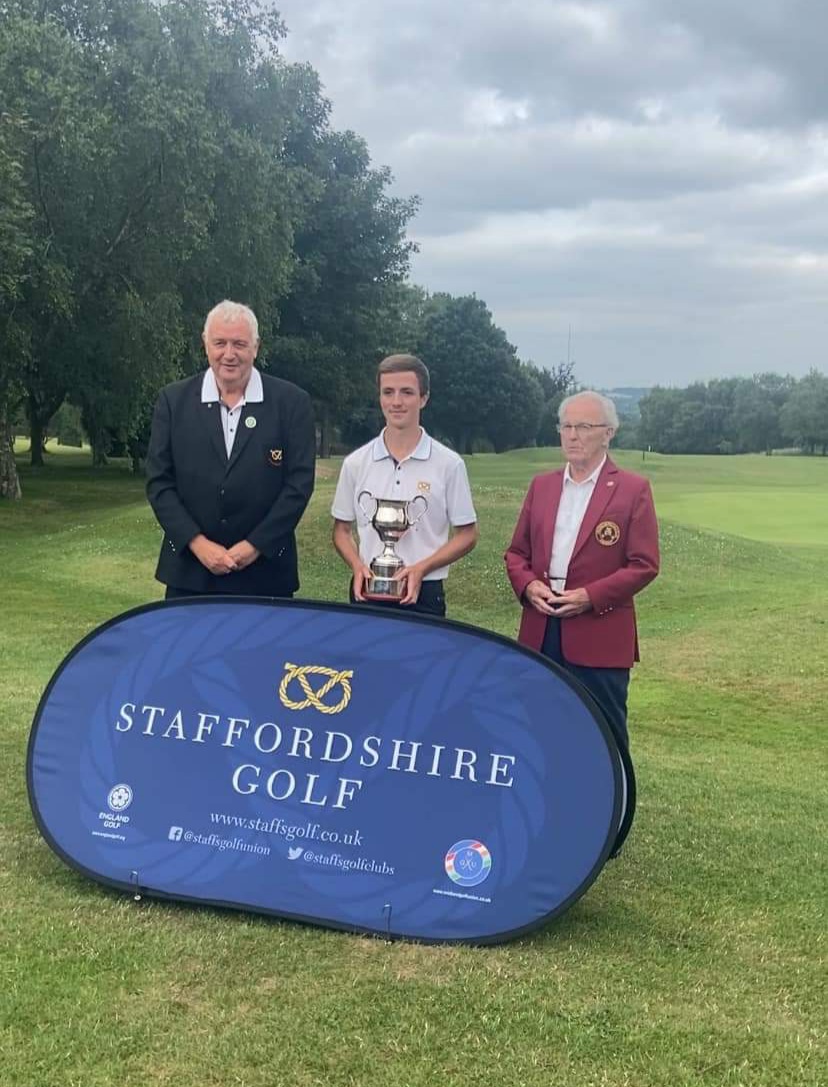 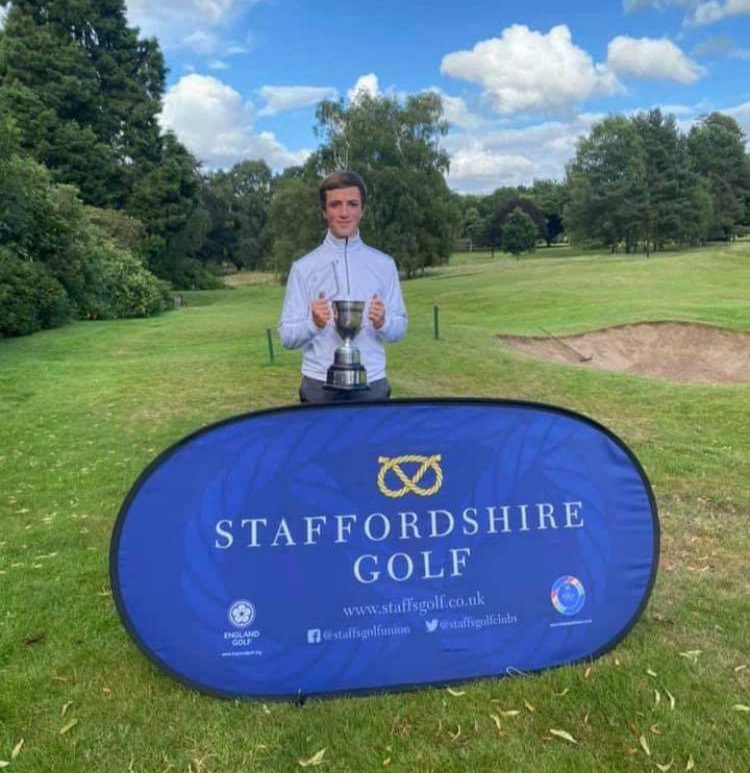 11-year-old Warwickshire golfer Arianna Virik went on a county wide title winning charge during 10 magical days in July, scooping no less than SEVEN trophies along the way in three events. Arianna, who is a member at Coventry Hearsall and Kenilworth GCs started her spree at a baking hot Hearsall on July 20th, scoring 80 and 82 in her first ever 36-hole comp to win the Ladies Club Championship by six shots. 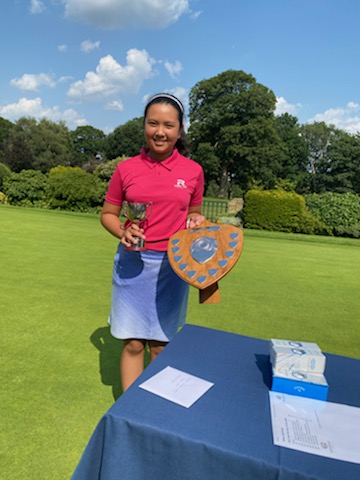 Not a lot of time to rest up, the very next day in similar conditions she won both the Gross and Nett titles (pictured) at the Olton GC Junior Open with a 76, just three over par.

Then, on July 30th at a rain affected Stratford Oaks Arianna became the Warwickshire Girls’ Nett Champion, finishing 2nd in the gross event and also winning the best gross U16 & U14 titles. She’s pictured here below with her four trophies won on that day, making it seven overall in 10 days.

Arianna’s handicap is now down to 6.1 and she’s more than halved that since last November. 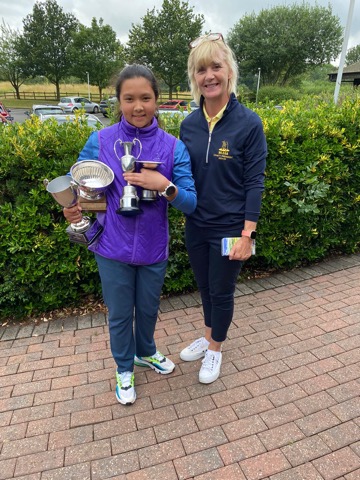 JACK IS THE ON FORM DERBYSHIRE GUY

Derbyshire based junior Jack Nicholas Guy had himself a day to remember at his home club Breadsall Priory on Junior Championship day on July 28th. Playing on the Priory Course, Jack shot his best round ever, a gross 82 – nett 66, the highlight of which was this hole-in-one, a career first , shot on the 171 yard (white tees) 17th hole with his seven iron.

Jack wouldn’t be on this page had he not gone on to achieve something else, so he duly did. Two days later he went to Burton-on-Trent GC and won the Derbyshire Gross U14s Championship, shooting an 84 for a seven shot winning margin. Jack now goes on to represent both club and county in the Junior Championship finals at Peterborough Milton GC next month. 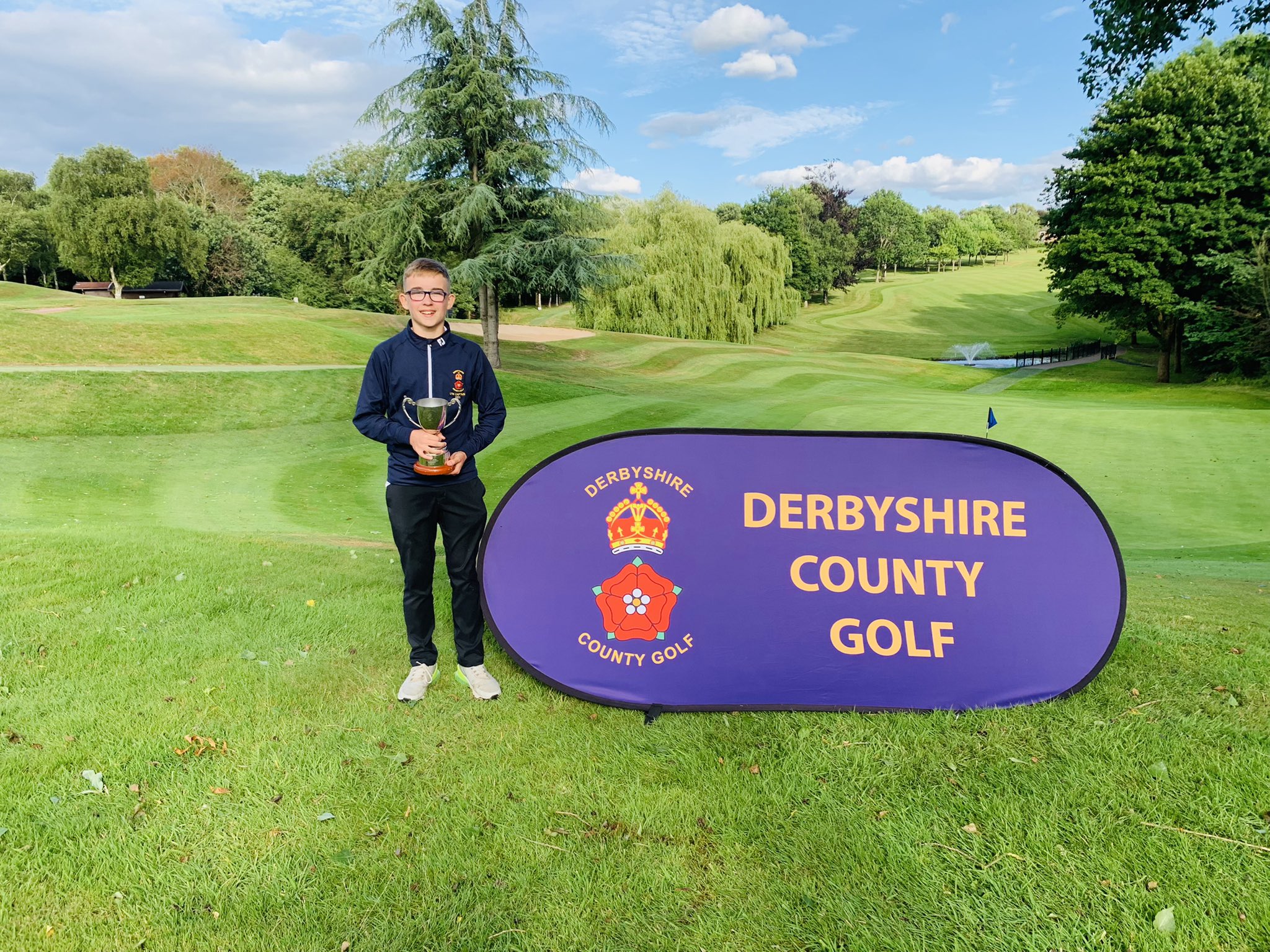 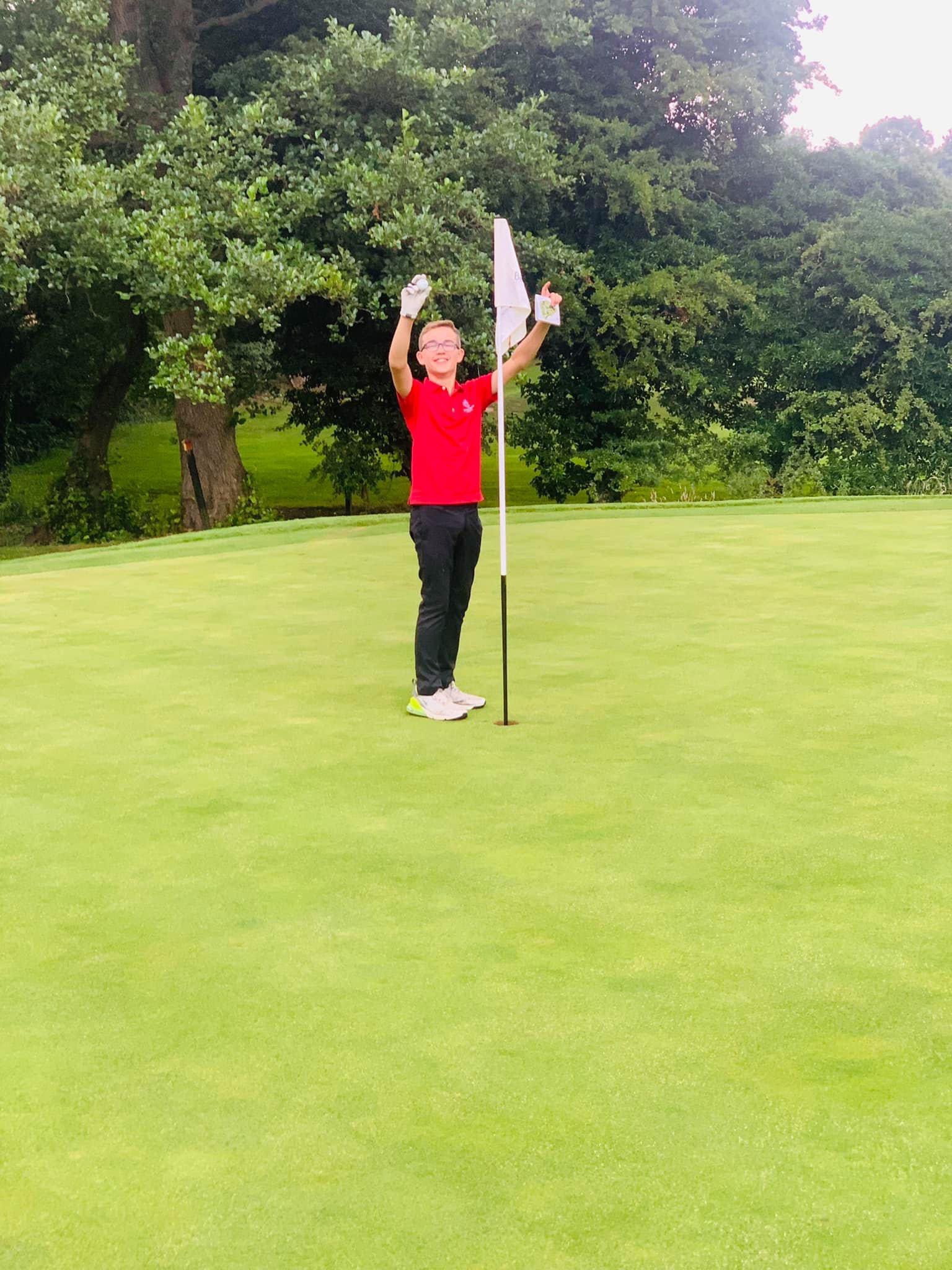