On 9th Feb 2020 storm Ciara was a major force on the UK landscape, blowing down trees and removing the roofs from some prevalent buildings in the midlands. Wind speeds reached 97mph on the Isle of Wight according to the Met Office. Meanwhile DOGS Golf Society from Northampton braved wind speeds and hail at up to 80mph around the turn at Kilworth Springs Golf Club in Leicestershire.

The forecast was poor, and there was a definite undertone of ‘maybe we should call this off before we start’ on the Sunday morning. A road 5 minutes from the club was blocked by a large tree that had been scythed down by mother nature and covered the road – it’s trunk at least two feet in diameter.

Upon arrival at the club and looking out across the putting green and first hole, flags were being battered relentlessly and the rain provided a taste of things to come as Ciara showed her hand.

Three members in the club house, looking exhausted, wind-swept and wet through responded in the affirmative to the question “Have you been out there?” They followed up by saying they had played two holes and decided it was too much. The wind was causing havoc and they weren’t going to enjoy the round.

Undeterred, if not unaware, we lined up on the first tee.

The first played beautifully as a 320 yard par 4 with Ciara blowing from behind us, where just lifting the ball into the air guaranteed 200 yards of carry (for most!)

The second at Kilworth is a 130 yard par 3, perpendicular to the first, with the gale on the day right to left. Mine was the first tee shot of our four ball and I generously allowed for a full 30 yards of right to left, believing I would be there or there abouts. A true strike, and a panic that I’d overdone it was quickly allayed when my ball was whipped from its line and thrown back to the green and then over it, leaving me pin high, albeit 15 yards away in the rough to the left.

The front 9 was wet, and Ciara unrelenting. Several of the 19 starters decided at the half way point to retreat to the club house for a steak roll and to fight another day. Their decision was vindicated by what was yet to come. 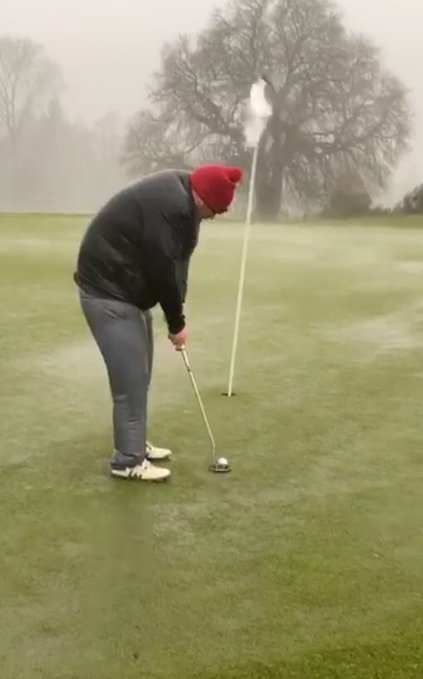 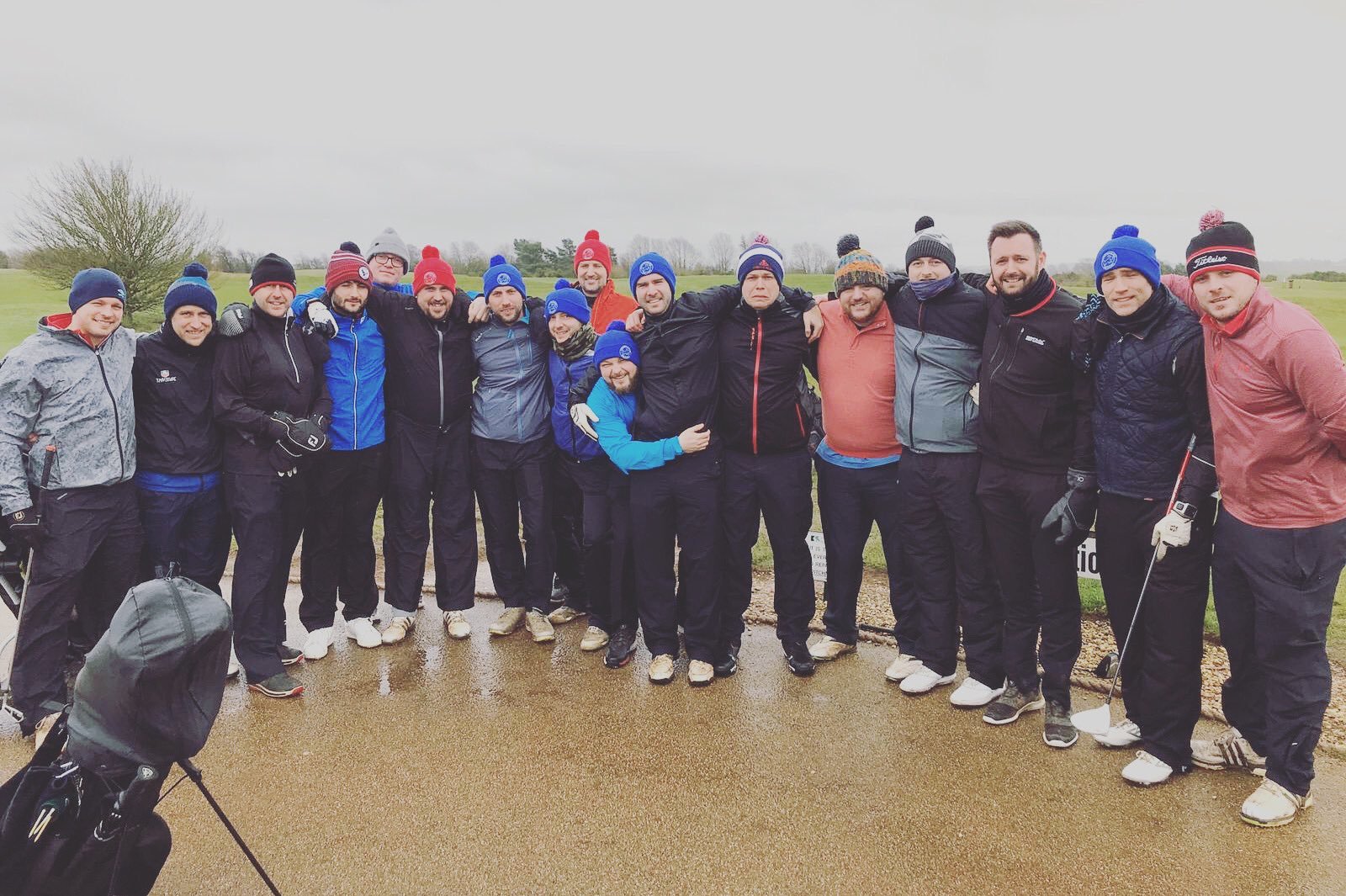 The gusts had failed to let up, and after two minutes’ calm inside the small half-way house on the 10th tee, we set off for the back 9. At this point it is worth noting that one of the members in our four ball was playing under his handicap, and went on to finish on 40+ points by some act of miracle. Phil Martin, well played sir.

For our group, it was the 12th hole where things became biblical. Again, a right to left cross wind from the tee was raging, but upon reaching our scattered tee shots there was a temperature drop, and the wind changed direction, picking up considerably, and bringing with it a wall of hail. Visibility was around 5 yards, and I remember thinking if this gets any stronger at all it’s going to lift our Gav (ironically nicknamed The Whirlwind) into the adjoining field, to the point where it made the heart race. Never experienced conditions like it.

We made it to the green somehow, which was by this point underwater. “Find a point of relief,” they said. What if there isn’t one? What do you do at that point? Luckily Dan Dalmonego appeared like a mirage over the hill and waved us in with a ‘cutthroat’ sign. Obviously, we were on the hole furthest from the clubhouse, and so followed what seemed like a lifetime’s trek back to the safety of the clubhouse and the showers to meet those who had finished their first steak role and pint, and were reaching for the menu again.

Three brave men in group one continued their round somehow. Perhaps they were on higher ground and the water was blown away as it fell. Perhaps the lure of the end kept them going. Well done to Andy Cade-Watts, ‘Gord’ Robinson, and Dan Brown, three of UCN’s finest(!) for persevering. 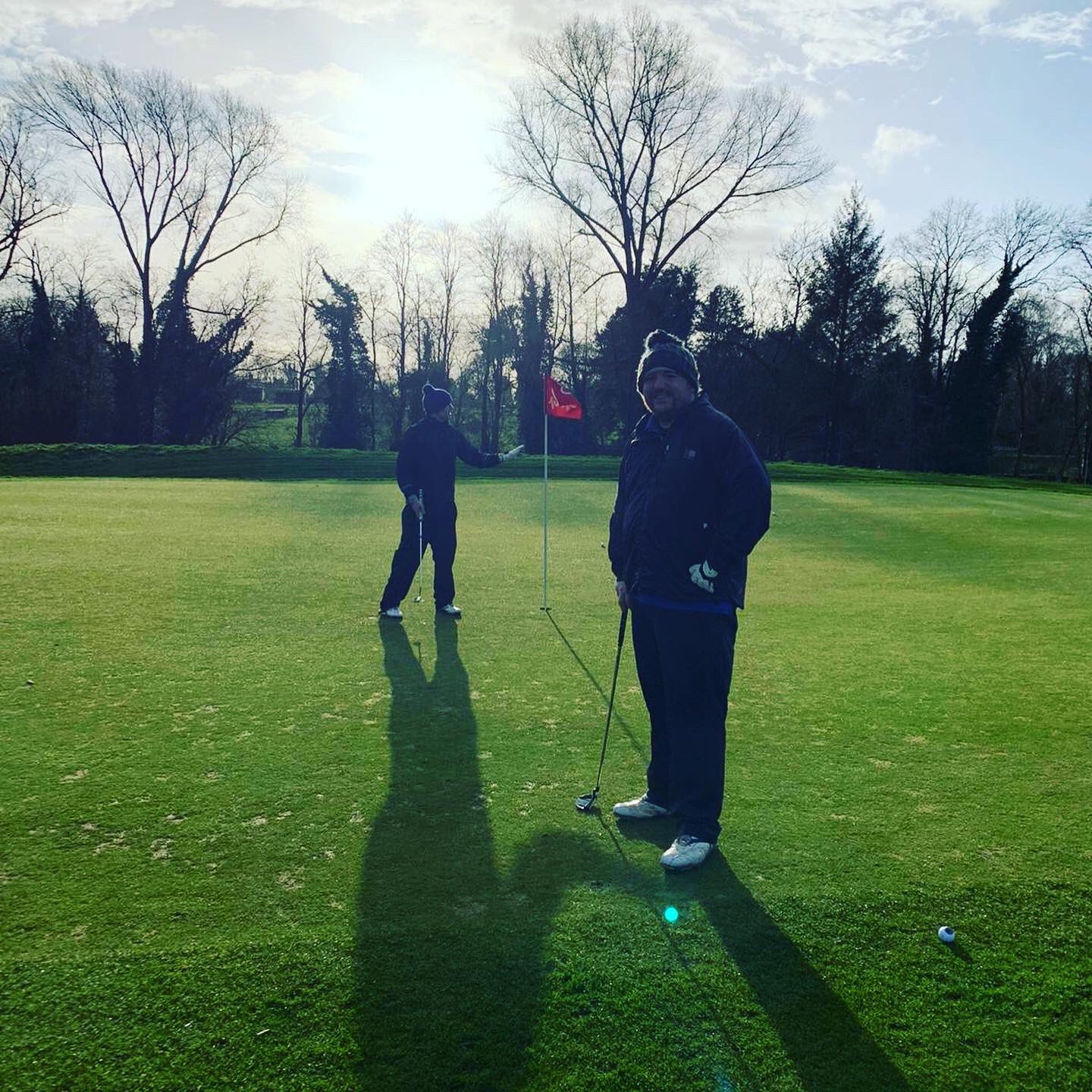 Five more of us took the decision to dry up and head back out after the worst of the weather, and though still cold and windy, the ground had dried well, meaning the greens were playable. I believe that on the 17th tee the sun came out, almost as a hat tip to us for finishing the job. 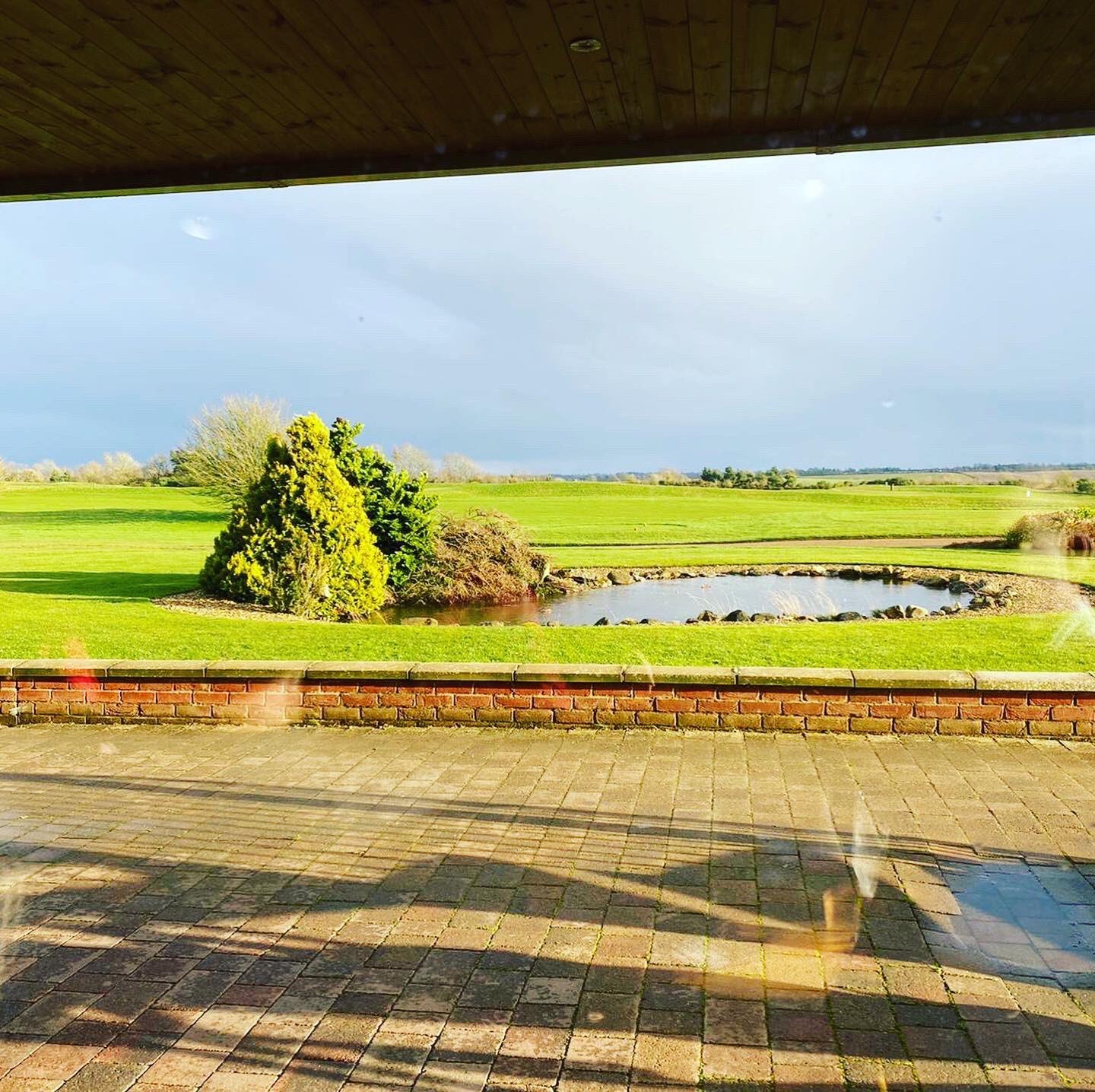 Technically Ciara beat us 11 points to 8, in causing 11 abandoned rounds to our 8 completed. But it could so easily have been a whitewash.

It is a day that will live long in the memory for the battle, a course that is far from up and down anyway, the camaraderie and spirit within the society, the sense of achievement, and the absolutely awesome power of the elements.

WIN a Stay at Tewkesbury Park