On a personal note MG lady editor Mandy was extremely proud and delighted to follow the achievement and success of Meghan Maclaren’s maiden LET win as the tournament unfolded in Australia last month.

Mandy wasn’t in the least bit surprised either, when they met up for a chat a couple of years ago at Meg’s home club Wellingborough,  it was clear then that the young Northants star had a steely determination inside her to make it all the way to the very top.

We watched her near miss too at Nailcote Hall last year in The Farmfoods British Par Three Championships and her disappointment in finishing joint third, not bad for a debut appearance but it wasn’t enough for Meghan.

Yet she didn’t have to wait that long for the major breakthrough which came at the Women’s New South Wales Open at Coffs Harbour early last month.

With her father David on the bag Meg led going into the final day of the event and held on nervelessly for a two shot win, despite admitting to a few nerves before starting the round.

Meg only joined LET full time last season,, and wasn’t afforded too many starts so even more credit is due for the speed in which she became a tour winner.

“I’d missed a couple of cuts out in Australia so I was questioning a lot of my own abilities and whether I’d been working on the right things or not. But I found the time to do what I needed to for myself; gaining confidence in what I knew my strengths were… which all culminated in having complete trust in my game when it came to the week I won.” 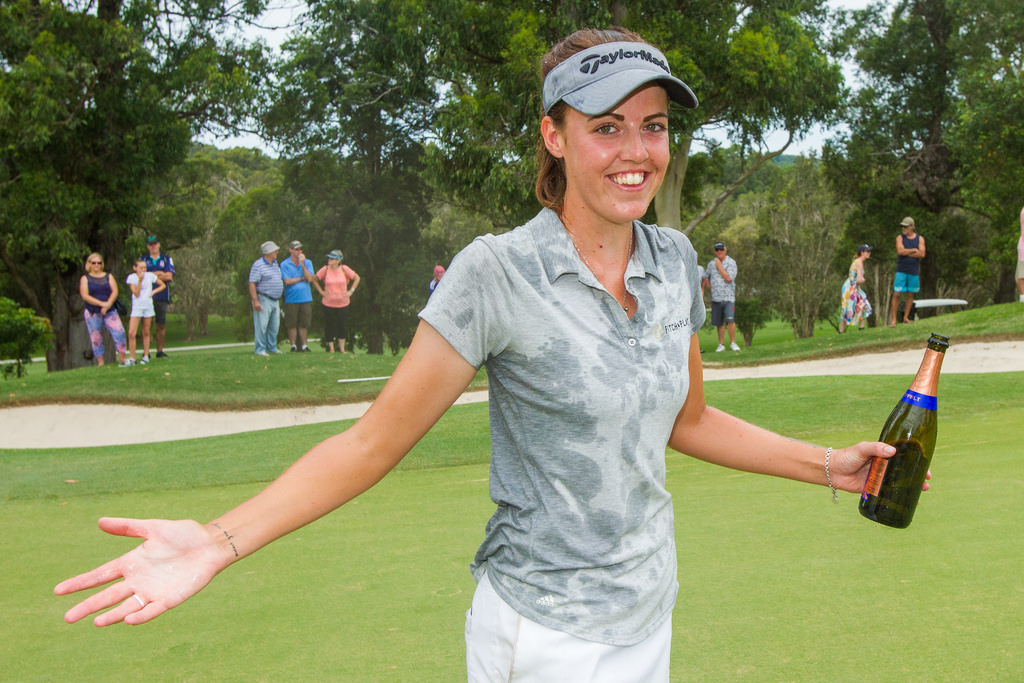 “It feels incredible to be a tour winner. I didn’t think those words would be coming out of my mouth so soon. I played well in the few events that I played last year but you’ve got to be patient. It can take some players years before they get over the line. To do it now gives me a lot of confidence.”