MG’s first ever Charity Open day was held at West Midlands Golf Club on Tuesday 6th August. 17 fourball teams from the home club, neighbouring clubs and a few societies took on the golf course in changeable conditions which improved as the day went on. 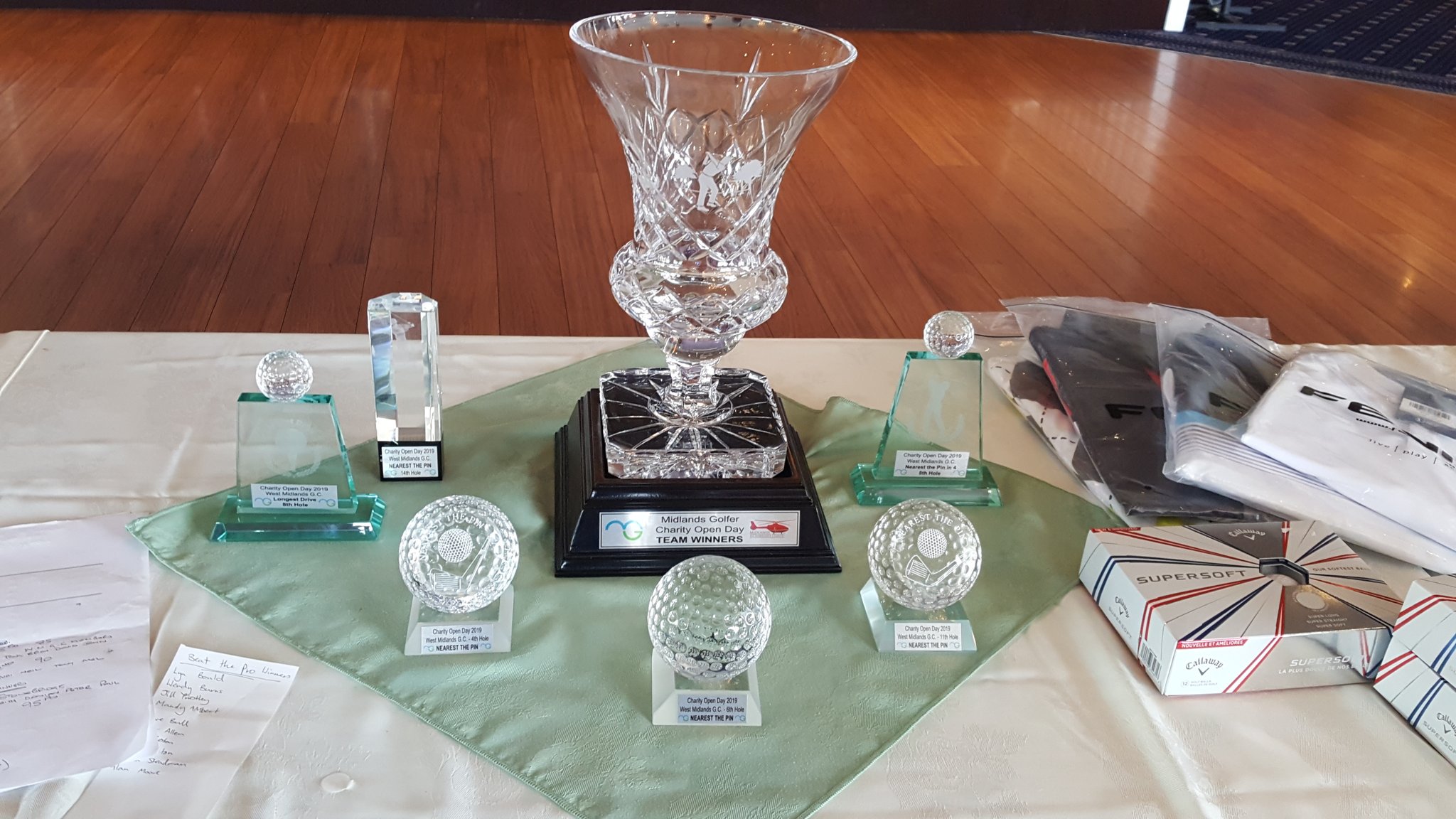 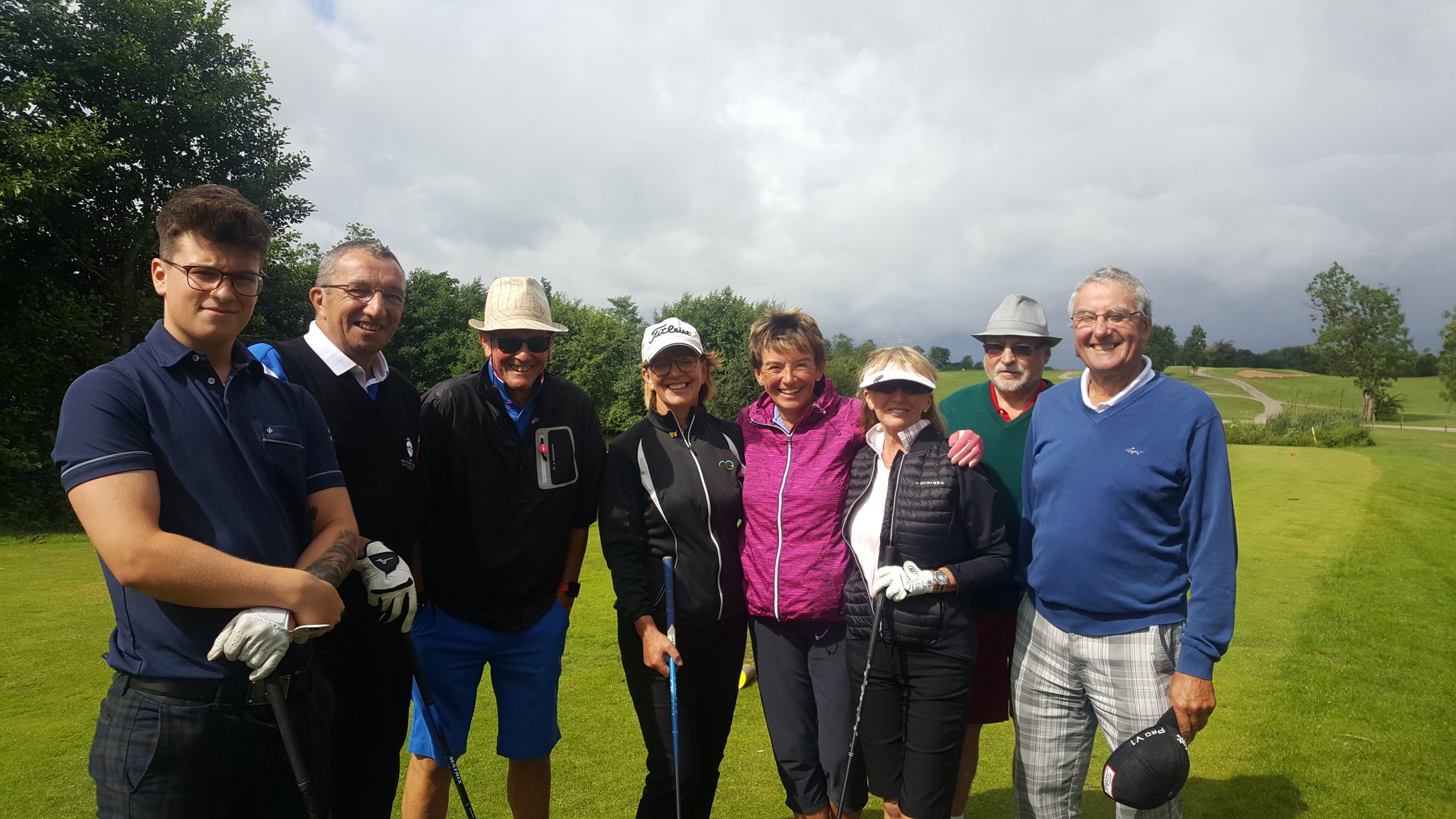 We raised funds for Midlands Air Ambulance and the generosity of all who attended saw us raise £720 on the day.

Beat the Pro on the famous ‘Sawgrass’ 18th hole was a big part of that, thanks to WMGC pro-George for the skill & entertainment – he was only defeated nine times, one of those times was by club member Jill here, who didn’t let him forget it.

However, our charity champion fourball on the day came from the neighbours, making the short journey from Stonebridge GC were team captain Keith Smith and his fourball, scoring 97 points. They pledged to house the lovely crystal trophy in the prize cabinet at Stonebridge for a year.

We ran a nearest the pin on All 5 short holes and a nearest the pin in four at the longest hole in the UK, the 723 yard par six eighth. As we were on the yellow tees, a mere 666 yards and all downwind, ‘The Devil’ didn’t play like one on the day, the winner of that Award was IN the hole in four for an eagle. 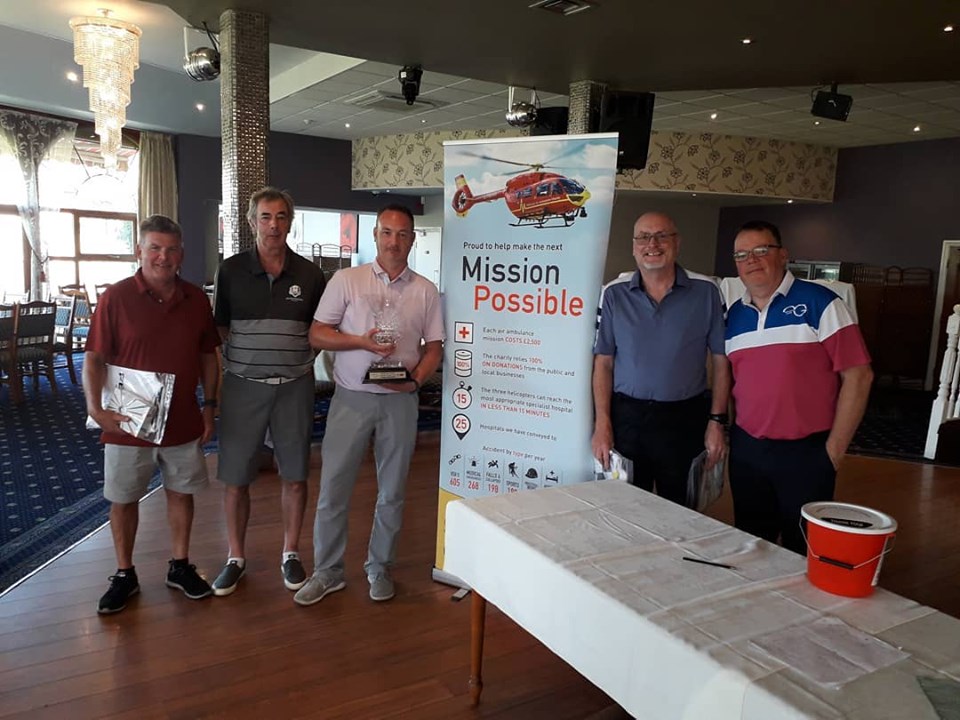 We ran a nearest the pin on All 5 short holes and a nearest the pin in four at the longest hole in the UK, the 723 yard par six eighth. As we were on the yellow tees, a mere 666 yards and all downwind, ‘The Devil’ didn’t play like one on the day, the winner of that Award was IN the hole in four for an eagle. 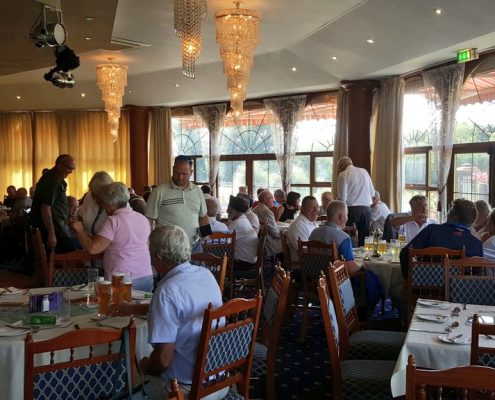 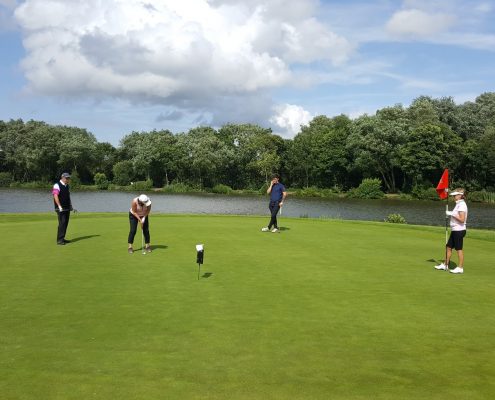 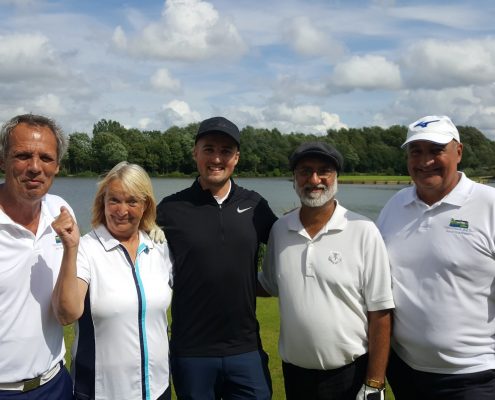 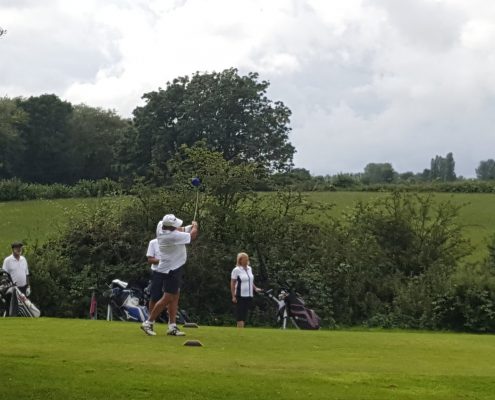 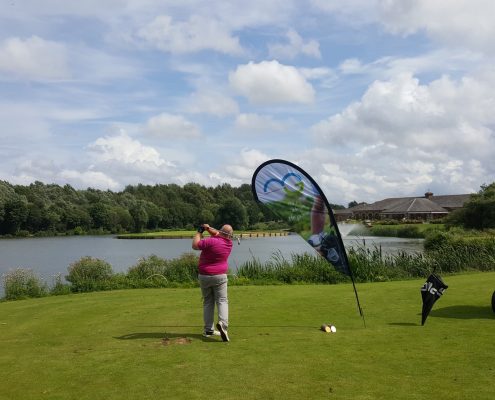 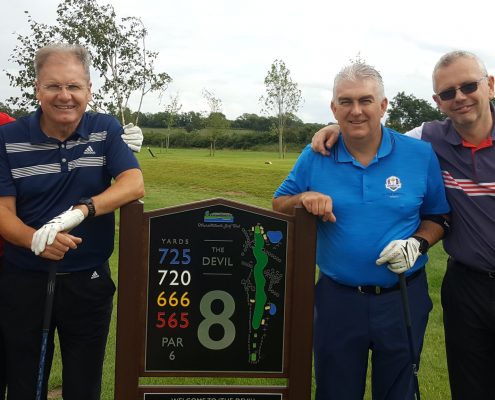 Big thanks to Mark Harrhy and all of the staff at West Midlands for hosting the day so perfectly, the course was a challenge as the wind got up at times but was in excellent condition. The food and service pre and post round were first class; we will certainly run another event here in the near future.

Special thanks to ‘Trophies Dave’ as we call him from Trent Trophies in Staffs for taking part and donating the lovely looking awards, pictured above.

Since 1991, MAAC has responded to over 50,000 missions, making it one of the busiest air ambulance services in the UK.

Operating from strategically located regional airbases at RAF Cosford in Shropshire, Strensham in Worcestershire and Tatenhill in Staffordshire, our air ambulances can reach 90% of the region within eight minutes. Our aircraft each carries a crew comprising a pilot, two paramedics or a paramedic and flight doctor, plus full life-support medical equipment. Three rapid response vehicles are deployed when the helicopters are unable to fly, due to bad weather for example.

Funded entirely by donations, the charity relies on support from local people and businesses, to raise the £9 million needed to undertake on average 2,000 missions every year. We do not receive funding from the Government or National Lottery.”