The place to be for your on-course achievements, course records, club championship wins, amazing rounds of golf, and also amusing and/or quirky feats too. It’s all here on The Pinboard. 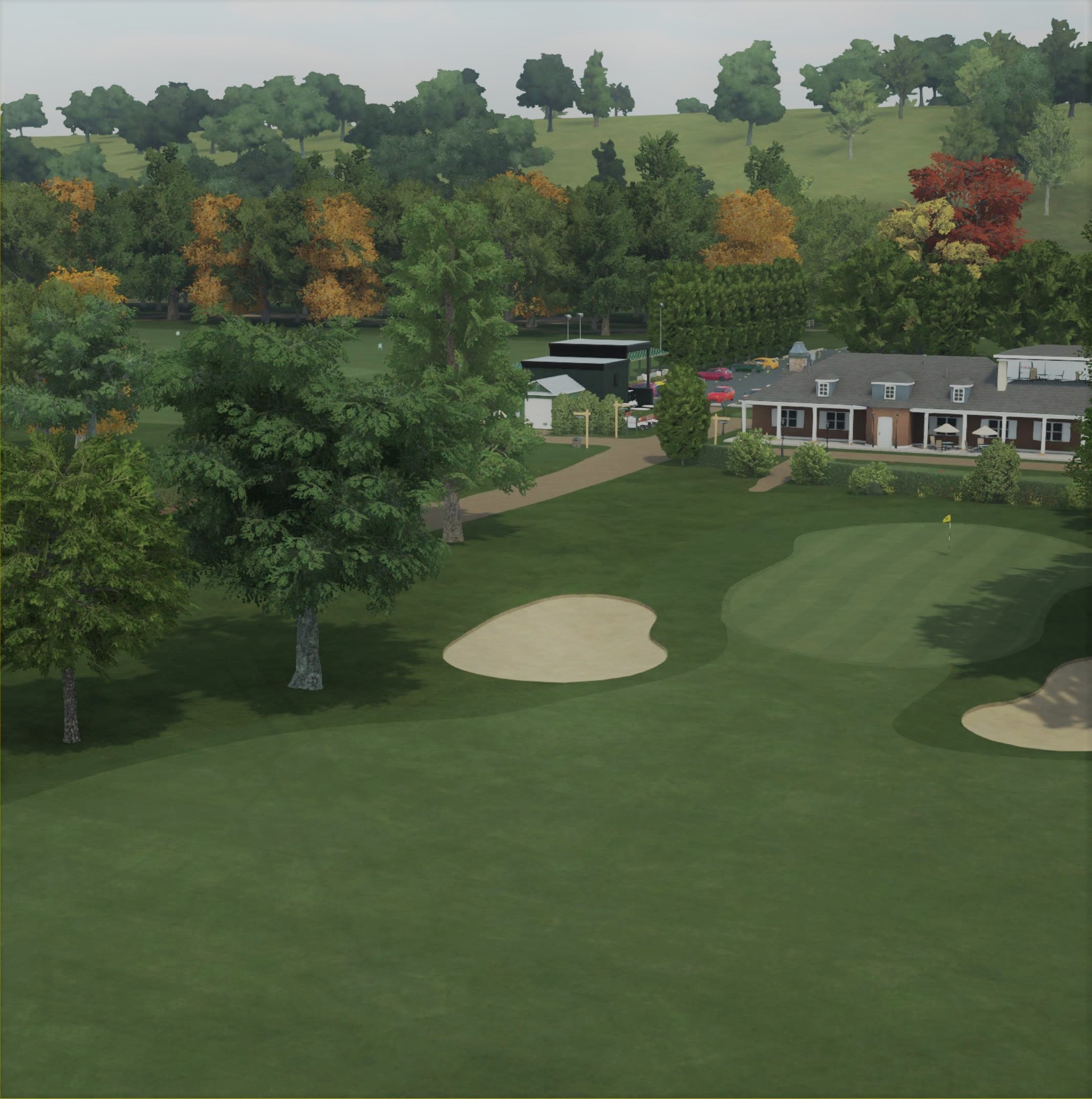 Staffordshire golfer Adam Tomson got himself an interesting hobby during lockdown, one that could potentially see millions of gaming golf fans enjoy from all over the world. Adam took it on himself to digitally map out the golf course at Ingestre Park GC near Stafford and make it into a fully functioning and handicap rated video game. 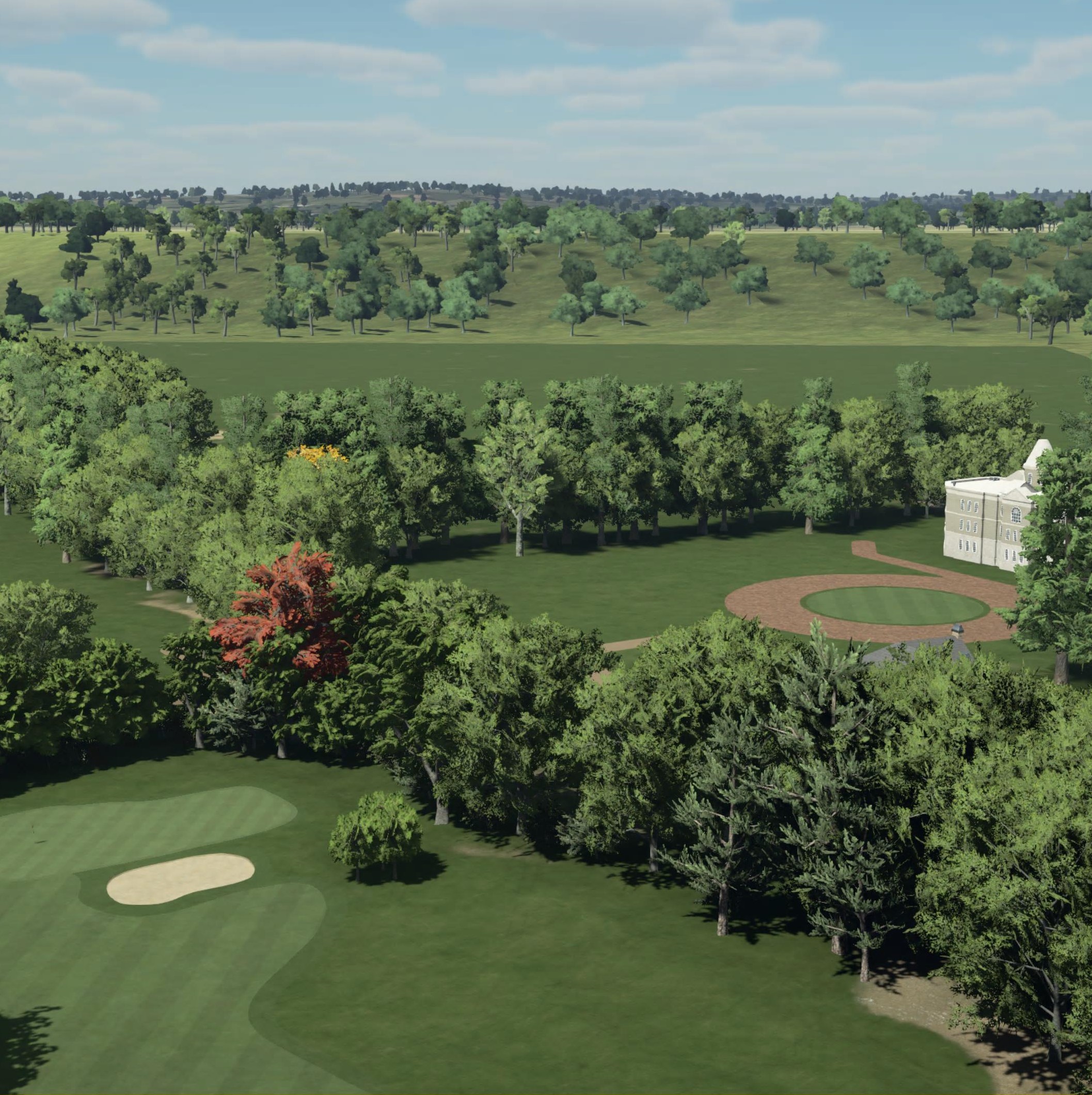 The course is now available to play alongside many others on the PGA2k21 game, compatible with PS5, PS5, Xbox and home PCs. The game took Adam 120 hours to create and has been accepted as a TGC Tour approved course. It’s also gone down well with the Ingestre members who have praised its authenticity and accurate image representation.

Adam is currently designing another Staffordshire course, The Manor (Kingstone) which should be ready around June and is also looking for others in the local area too.

A bright sunny day on April 17th saw the official opening of the new patio at Newcastle under Lyme Golf Club. The Mayor of Newcastle was joined by the Club Chairman Jim Robertson, Club Manager Richard Beech and House Manager Janette Pickford, the Mayor cut the ribbon to the delight of the members.

Partly funded by support from England Golf, the extended patio offers a wonderful view of the 18th green and practice area and is sheltered by the glass panelling.

The members are able to enjoy the terrace menu during the Covid restrictions and the club is excited to be able to host club and outside events from June 21st. 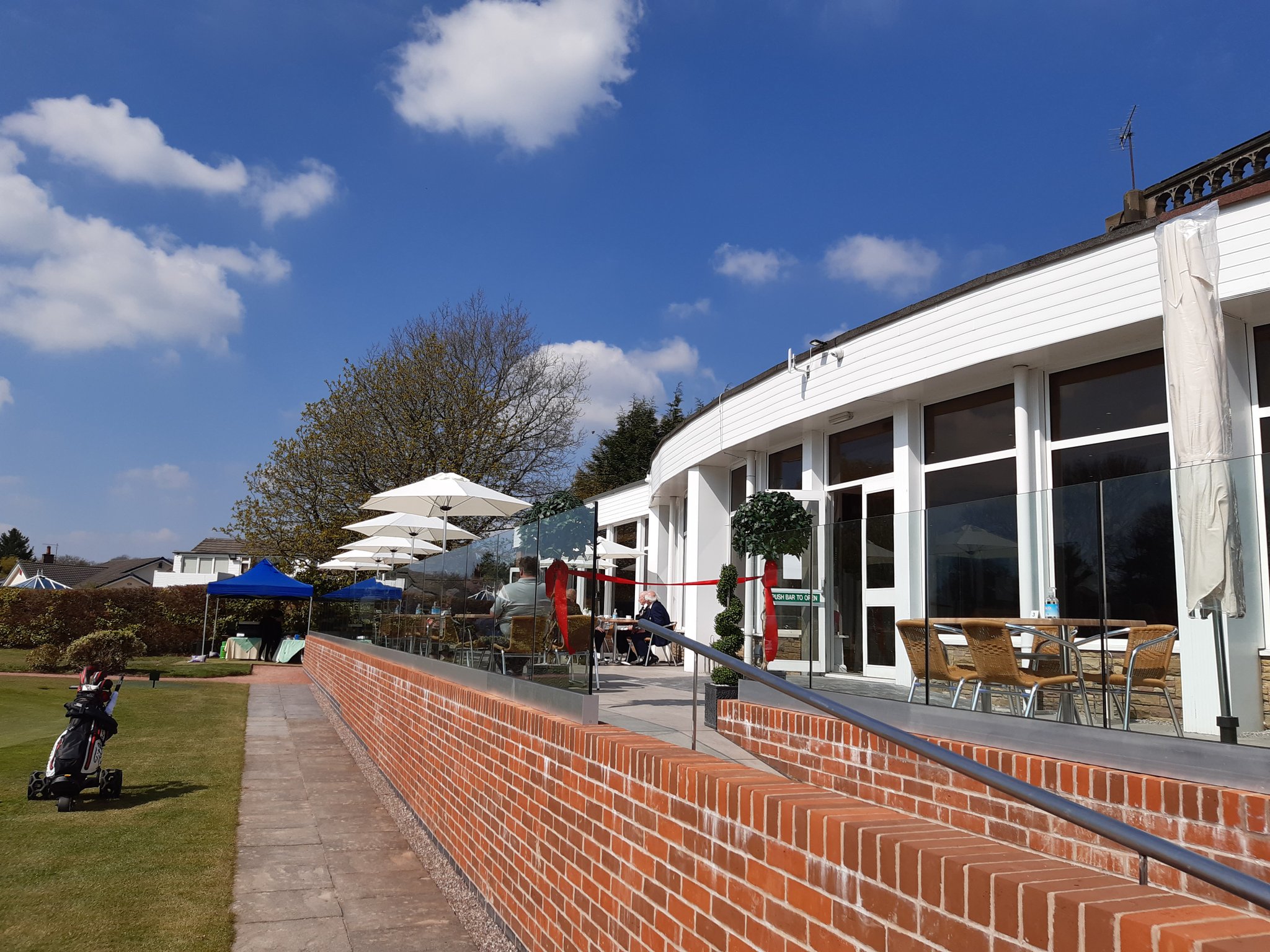 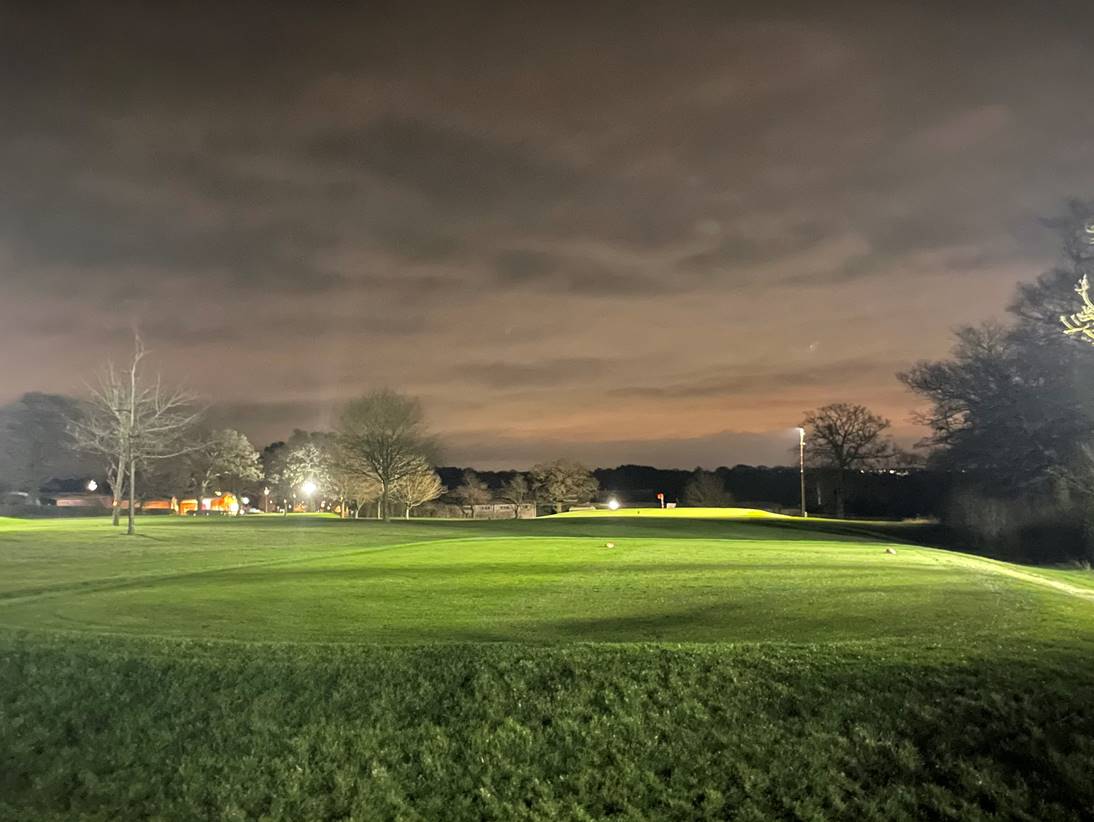 Morley Hayes became probably the first course in England, certainly in the Midlands to re-open after lockdown by holding a special charity Night Golf comp on the Manor Course, teeing off at 12.01 am on Monday March 29th. The Derby based club raised money for Breast Cancer at the seven hole event which was attended by eight teams of four. 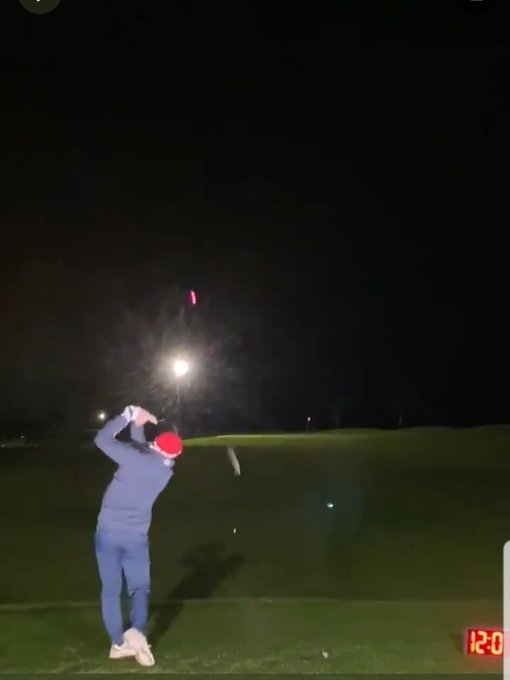 Llanymynech Golf Club have this spring said a sad goodbye to their club Professional Andy Griffiths as he retires from half a century in the role. Andy has been a hugely important part of the club, sharing his great expertise with members and visitors alike through lessons, friendly advice and his running of the Pro Shop.

Andy has actually been a part of the club for over 60 years since he began playing there at just 4 years old. He spent his junior years playing alongside close friend and fellow club alumnus Ian Woosnam before going on to have his own distinguished playing career. Andy is a twice Welsh PGA Champion and has also won the Midland and Shropshire Opens. He has represented Wales three times in the International European Championships and played twice in The British Open. 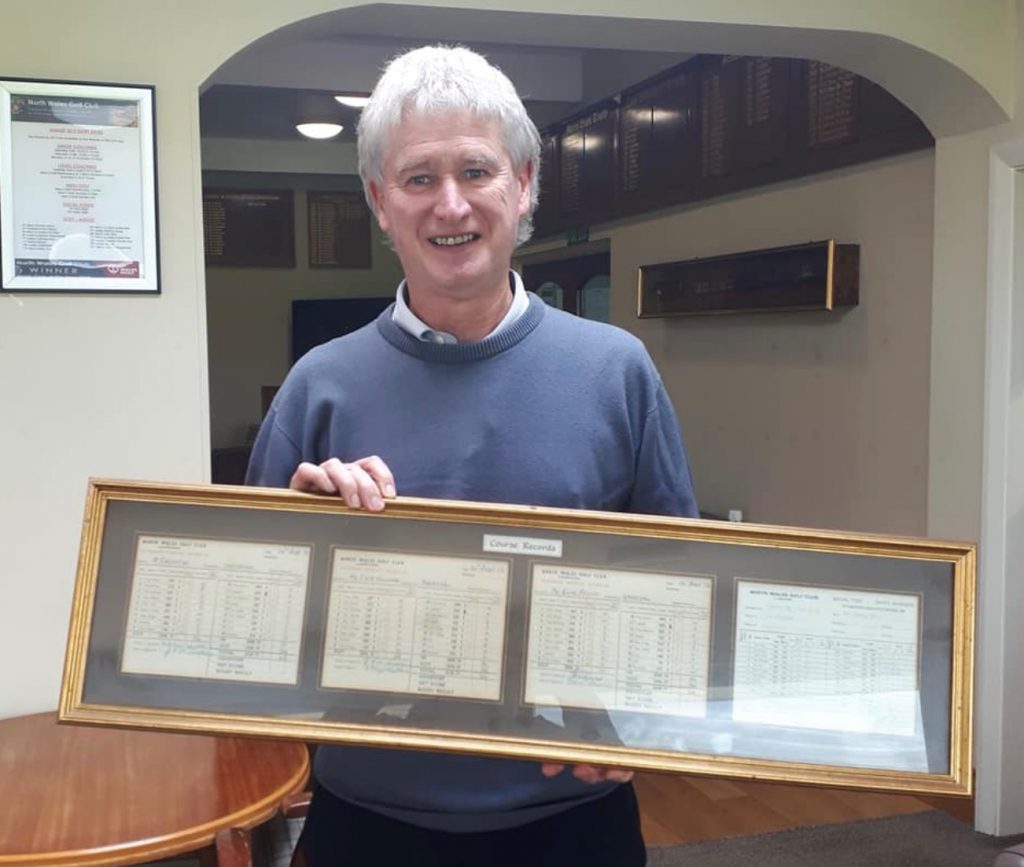 Everyone at Llanymynech Golf Club wishes Andy a very happy retirement with many heart-felt messages being shared on social media. Andy will remain an important member of the club but can now enjoy the spectacular course purely for pleasure.Andy will be succeeded in his role as Club Professional by Tom Farquharson, who has been Assistant Pro since 2015. The club would like to extend Tom their best wishes and good luck in his new position.

Nick joined Kedleston Park Golf Club in 2004, aged 11, following his Dad (Gary) as a member. Supported by the junior programme, he quickly broke into the county setup winning the 2009 Derbyshire boys and match play championships. He was also a member of the County Junior team which qualified for the English County Finals for the first time. 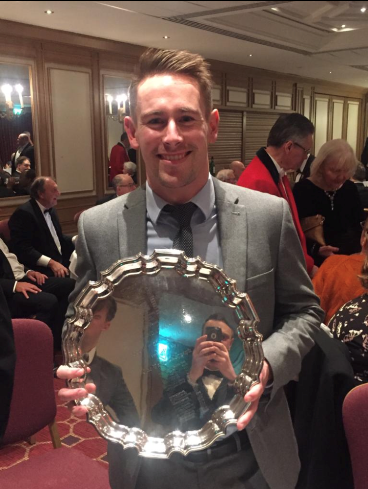 Nick earned an England call-up at under 18 level for the 2010 Home Internationals and European championships. Following a spell as a professional, Nick returned to the amateur game in 2018 and County golf where he helped Derbyshire to the Midland league title in 2019.

Nick said “It’s an honour to be nominated to become County Captain in 2022. Derbyshire golf has played a huge part in firstly helping me become the player I am, but also the friendships and great times I’ve had along the way. I look forward to taking on the challenge. ”

The Juniors at Rushcliffe Golf Club in Notts are looking forward to their 50th anniversary in 2021.  The year will be marked over 20 events and competitions to recognise this milestone, culminating with a Rushcliffe Juniors verses Notts Union of Golf Clubs Past Captains match in July.

Rushcliffe has a long tradition in supporting its Junior section, with two boys reaching the Professional ranks within the last 10 years.  The current Boy’s Captain, Adam Bexon, has just been selected to be the NUGC Boys Under 18 Captain for 2021.  And, despite the disrupted 2020 season, Adam was successful in qualifying for the Robert Rock Tour event, which is taking place in Ireland in Summer 2021. 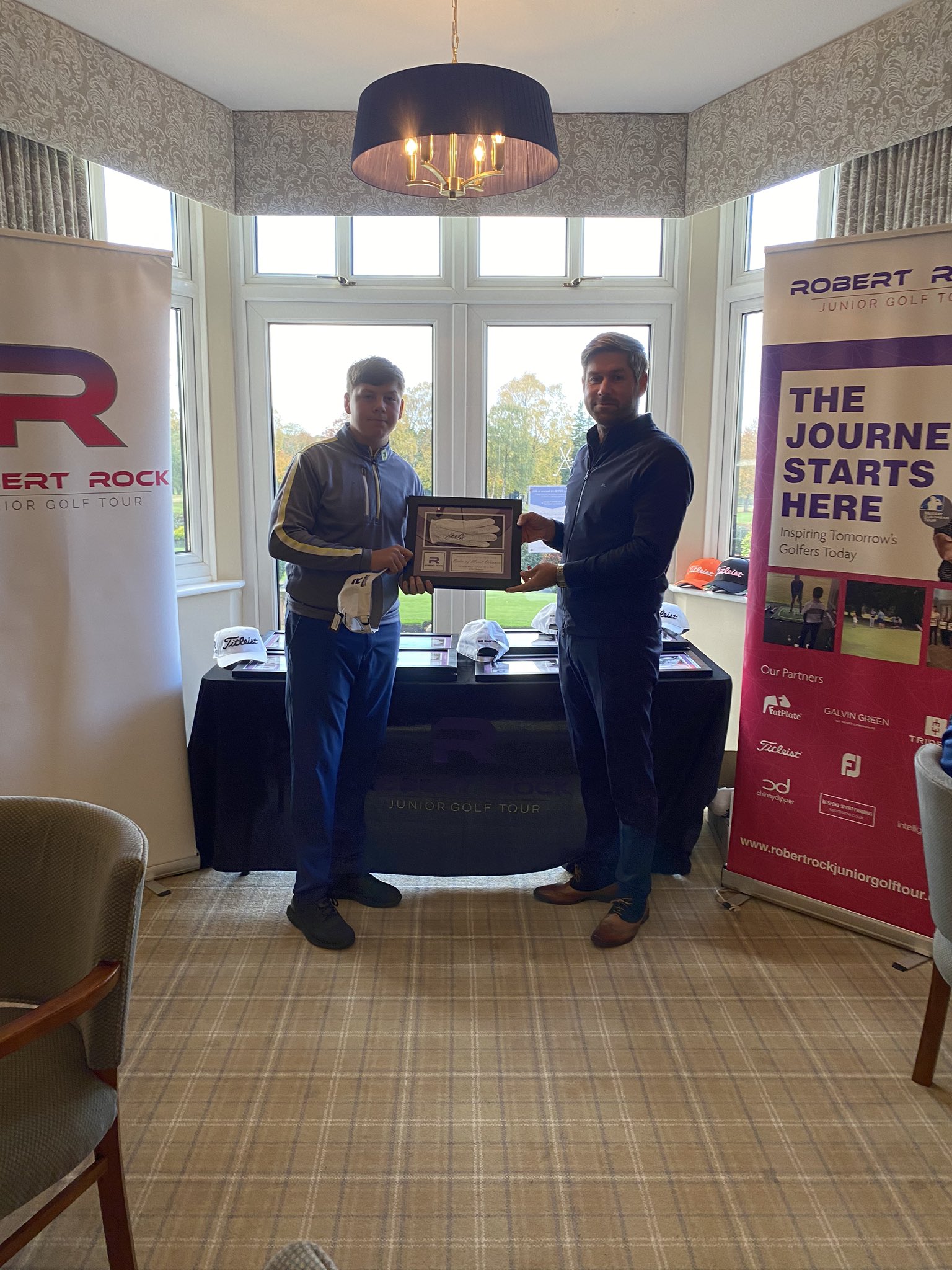 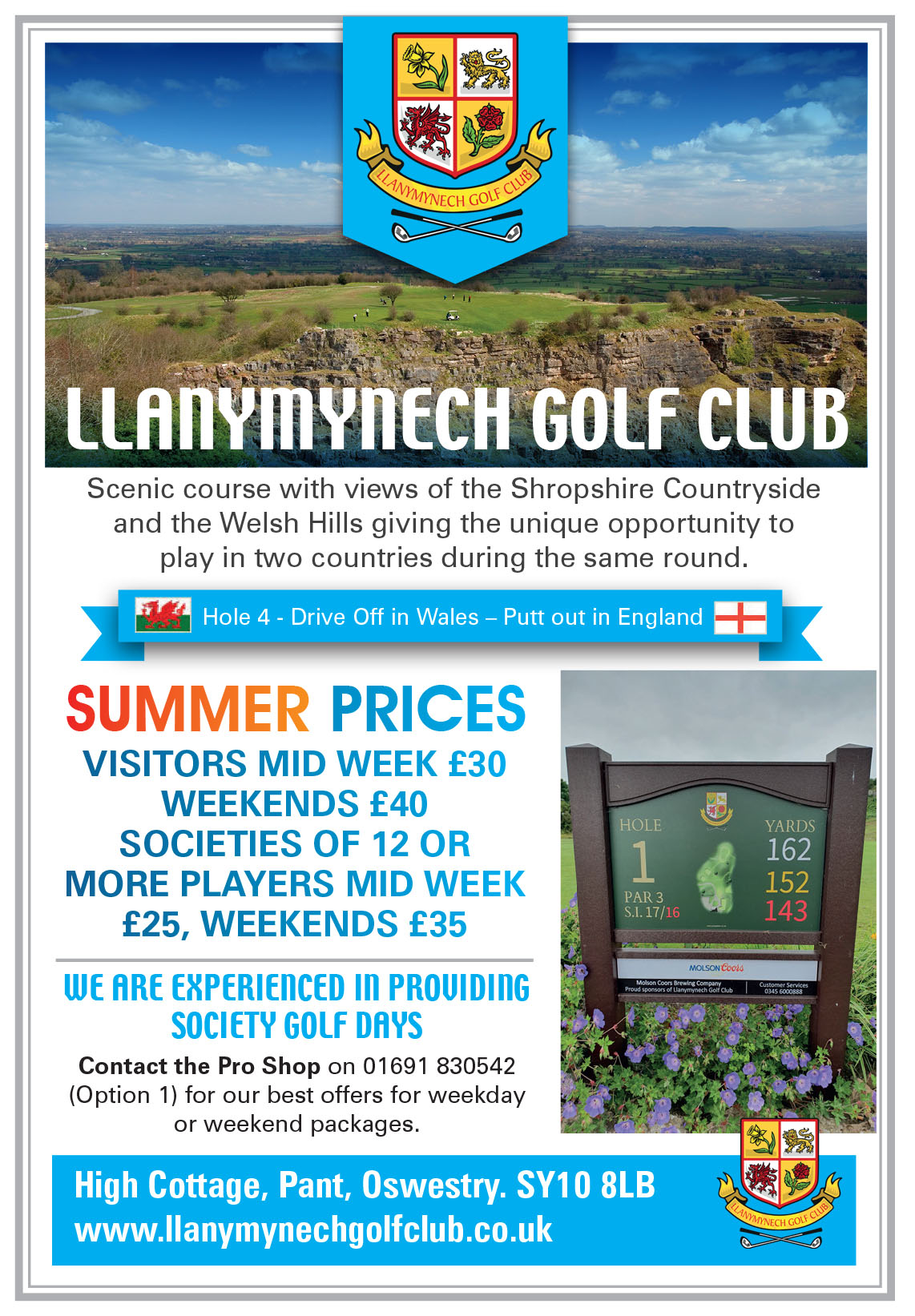 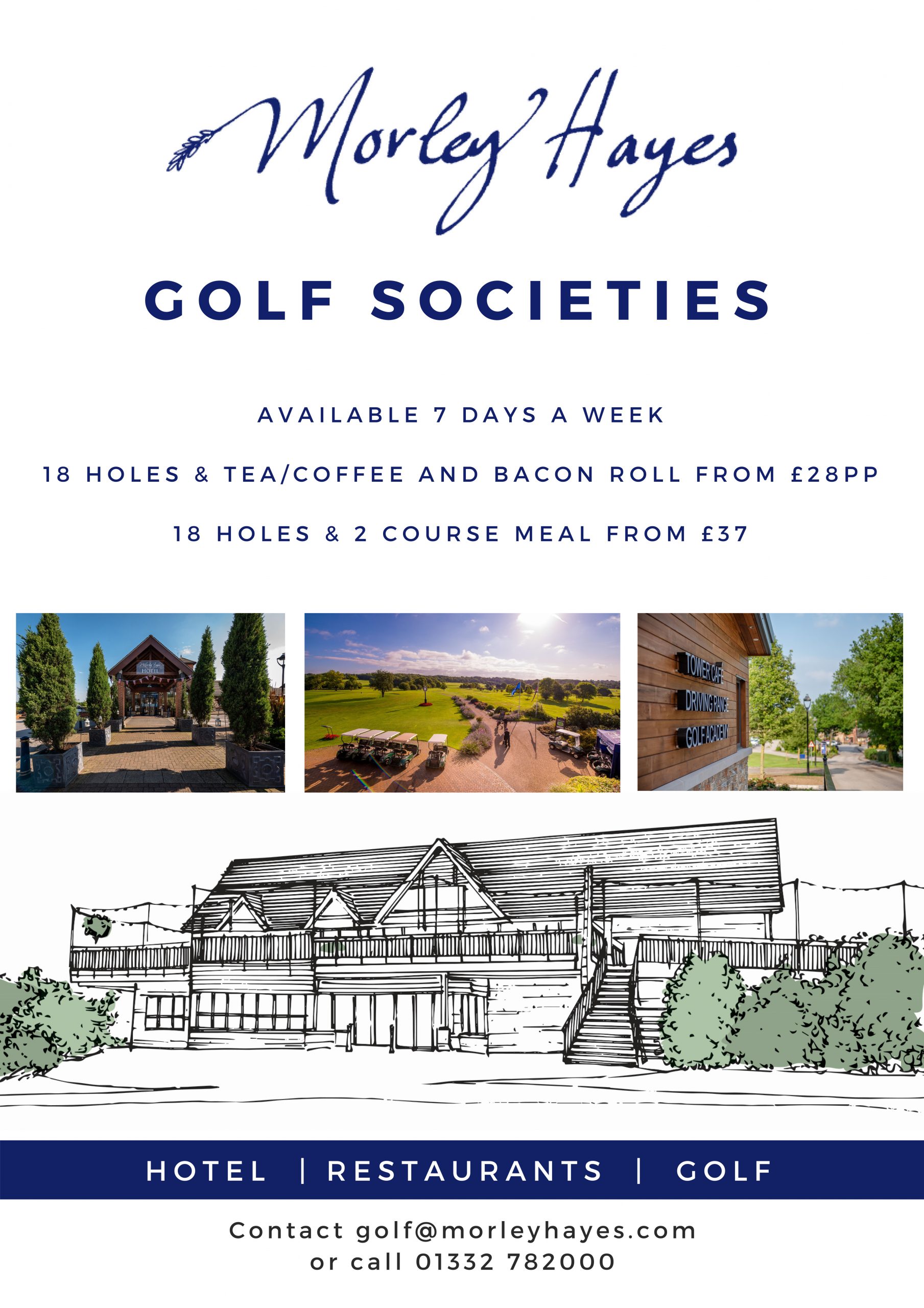