Snowdonia Golf – Five amazingly good reasons to travel just that little bit further off the beaten path of North Wales golf. Five great golf clubs who love to link together to offer a superb variety of golf to visitors with some great value golf breaks. 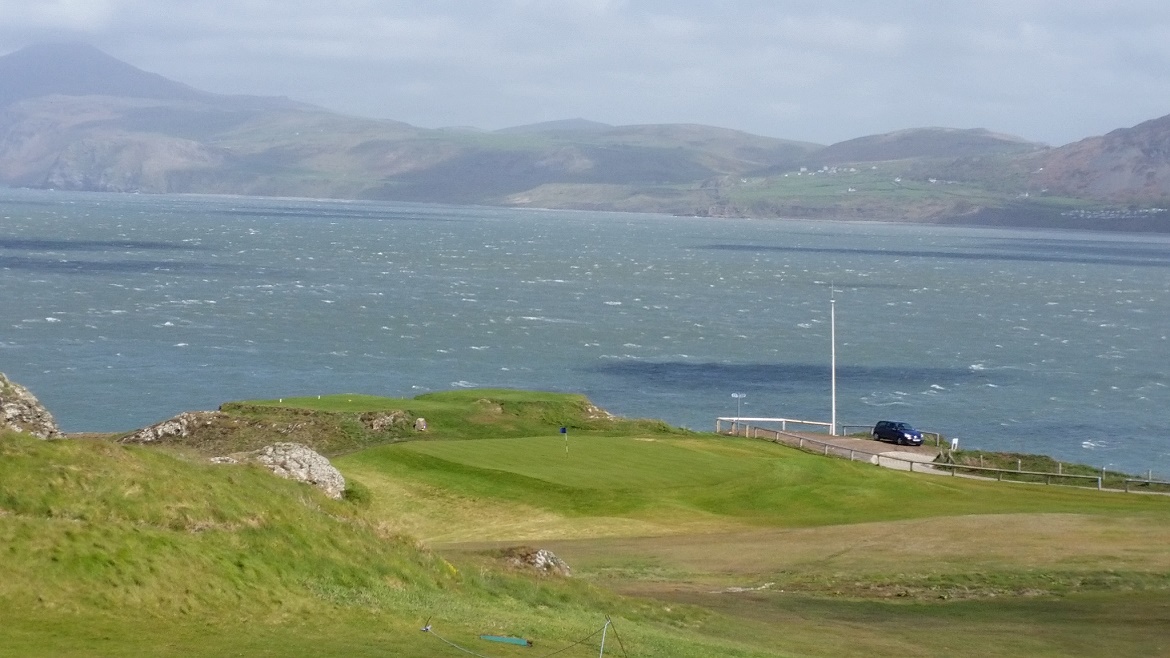 THE GOLFING CHARMS OF SNOWDONIA

Abersoch Golf Club – Situated on the tip top of the Llyn Peninsula the popular seaside town of Abersoch contains one very nice golf course to suit all golfing tastes. Orginally designed as a links venue back in 1907 by Harry Vardon, it has stood the test of time in that sense offering a series of stunning examples of golf how it should be. However, in the 1970’s they purchased extra land to create a further loop that is much more parkland in style for an enjoyable contrast. Signature hole is all links though, the 3rd is a very long par three, towards the sea from an open tee, quite a challenge to find this green. 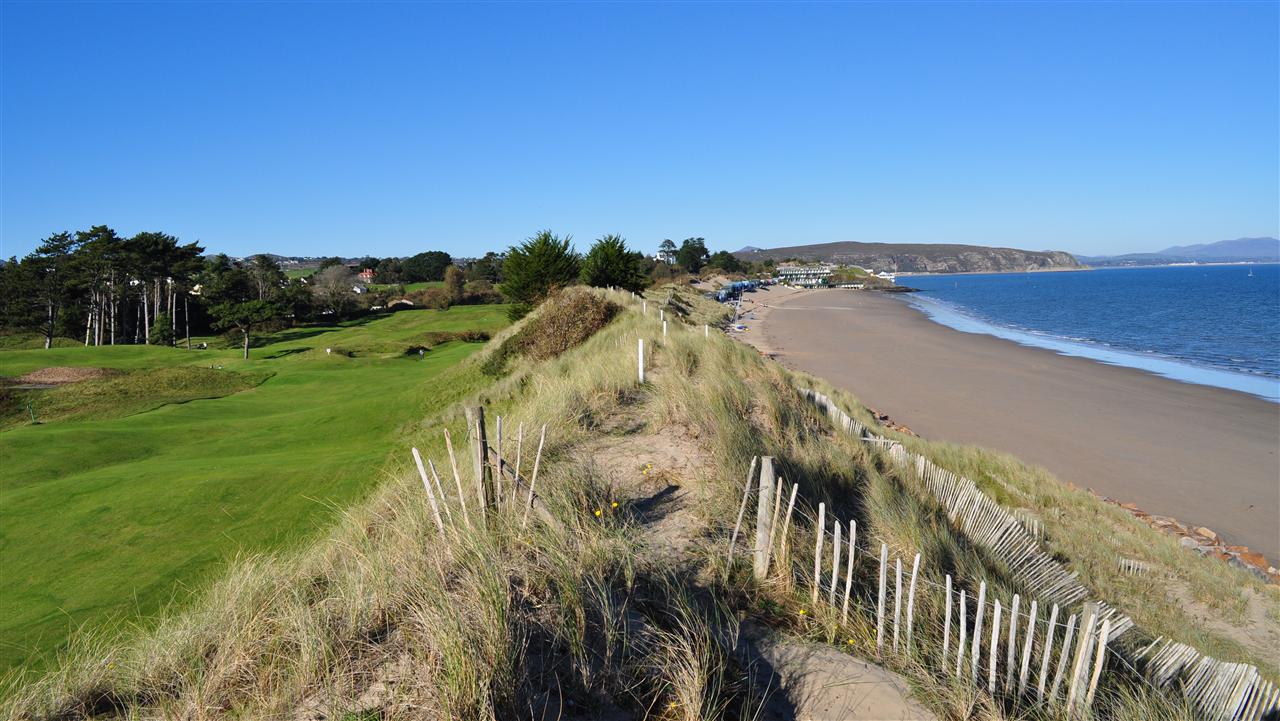 Pwllheli Golf Club – Not far back down the road from Abersoch is a golf club that does present some similarities but manages to retain a unique charm of its own as well. Pwllheli is also part links/part parkland, the original 18 hole course was designed by James Braid in 1909. The clubhouse is actualy the closest 19th hole location to the sea in the UK, from it’s first floor window tremendous views over Cardigan Bay to the Snowdonia hills further beyond are to be had. The links holes, with their beachside tees that stretch away down the coastline are the highlights, none more so than the short 10th with it’s distinctive cottage at the back of the green. 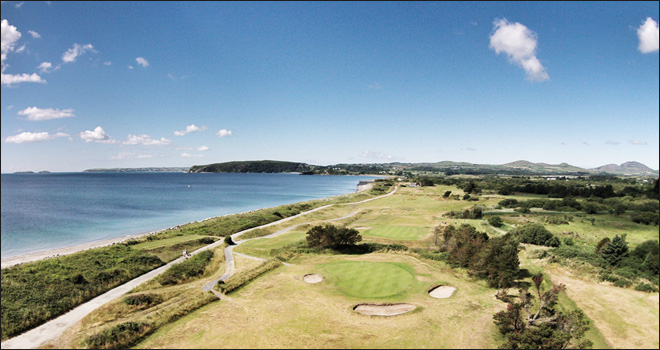 Nefyn & District Golf Club – The looks are unmistakeable and Nefyn, a further James Braid creation is probably the most famous golfing location in North Wales. To brave the untapped elements and see how your golf fares on the narrow peninsula with it’s lighthouse at the end, known as ‘The Point’ tends to be high on any golfer’s bucket list. That’s a memorable nine hole loop alright with tee shots over the rocky shores and a par three in between lighthouse and lifeboat station, but Nefyn also offers a further 18, some still hugging the coastline, some travelling further inland towards the mountains. 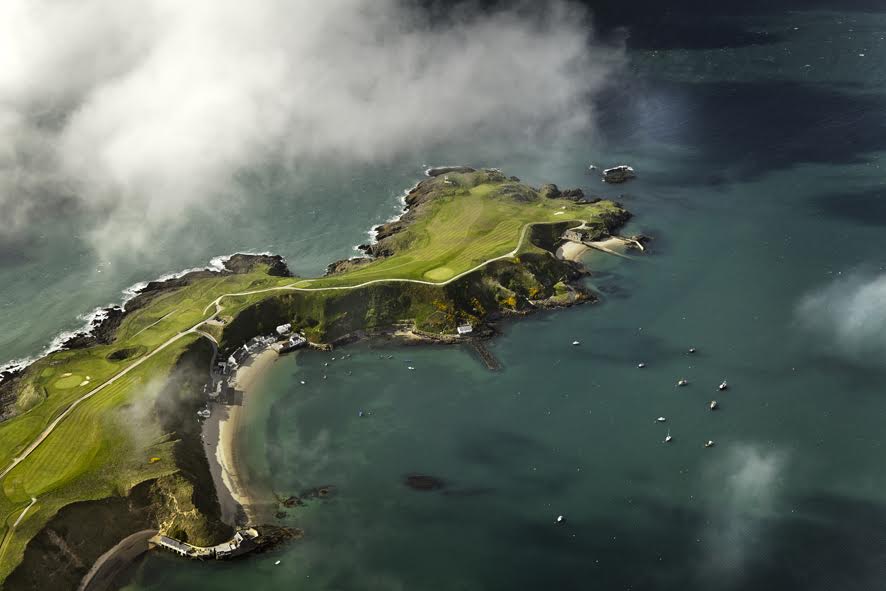 Porthmadog Golf Club – Back inland from the Llyn Peninsula and the theme of contrast continues at Porthmadog GC. Two nines of differing styles situated either side of the clubhouse. First half is all parkland with a hillside backdrop, with occasional water hazards, but then all changes as you enter the back nine. Purely links in style with a couple of holes running alongside Black Rock Sands and one named ‘Himalayas’ due to the imposing size of its fairway hugging sand dunes. Expect a thorough examination of your games especially on a breezy day, but there’s always a view like this to soothe a troubled golfer’s mind. 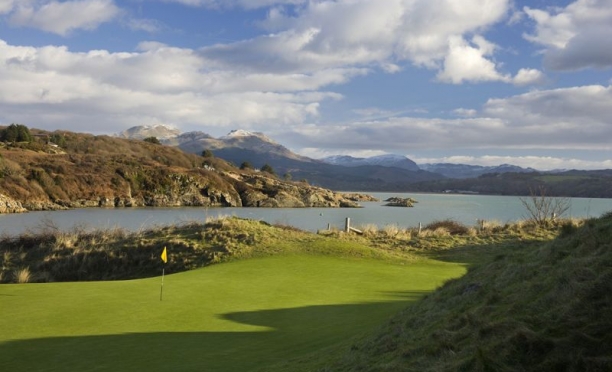 Royal St Davids Golf Club – Save the best for last, RSD is golfing royalty, regardless of the name. Only it’s slightly more remote location prevents it from hosting some seriously major events, because the golf course is more than up to task, often described as the UK’s toughest par 69. A broodingly raw location, pure seaside links where you actually only see the waves once, such are the towering nature of it’s huge sand dunes. Harlech Castle, perched on high overlooks proceedings to increase the dramatic effect of your location further still. RSD also offers small groups of golfers onsite accommodation and despite it’s majesty and challenge, the green fees are incredibly reasonable. 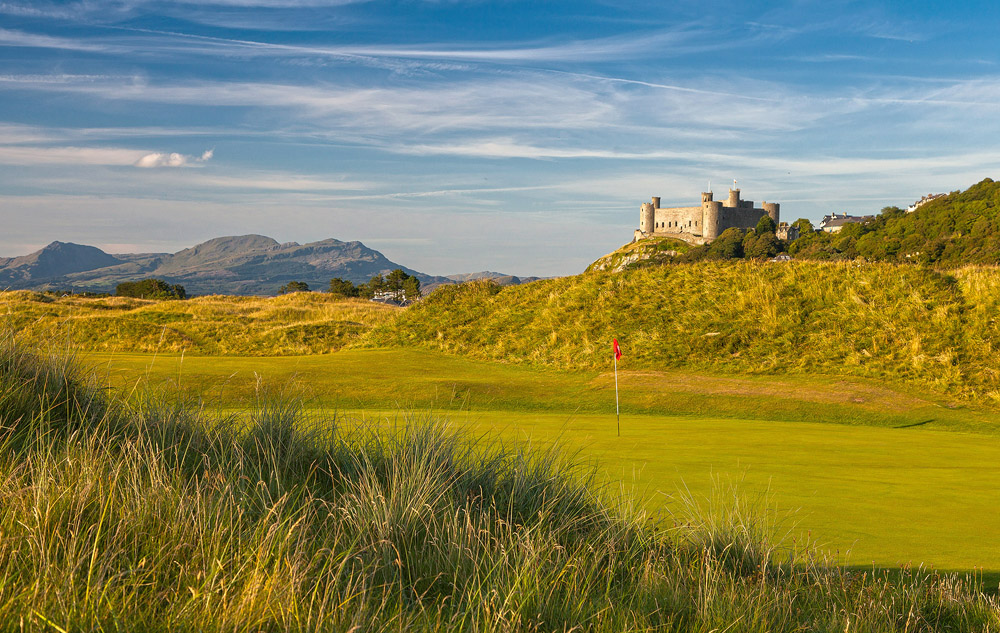 Snowdonia Accommodation – The cluster of clubs have teamed up with a number of local hotels and B & B’s to compliment your trip. Here are the best of them.