Sixty teams of six players from all over Wales competed in the annual match play knockout competition run by Wales Golf and sponsored by Ping.

After four rounds, four teams played in the semi final.  This year Cottrell Park played Royal Porthcawl then Woodlake Park in the final.

Team Manager, Jenny McGlyne, said, ‘Cottrell Park has reached finals weekend in each of the past five years.  To win this prestigious competition once is an achievement. Winning twice in successive years is an even greater feat which no other club has done.  All the players have shown great commitment and truly work together as a team’. 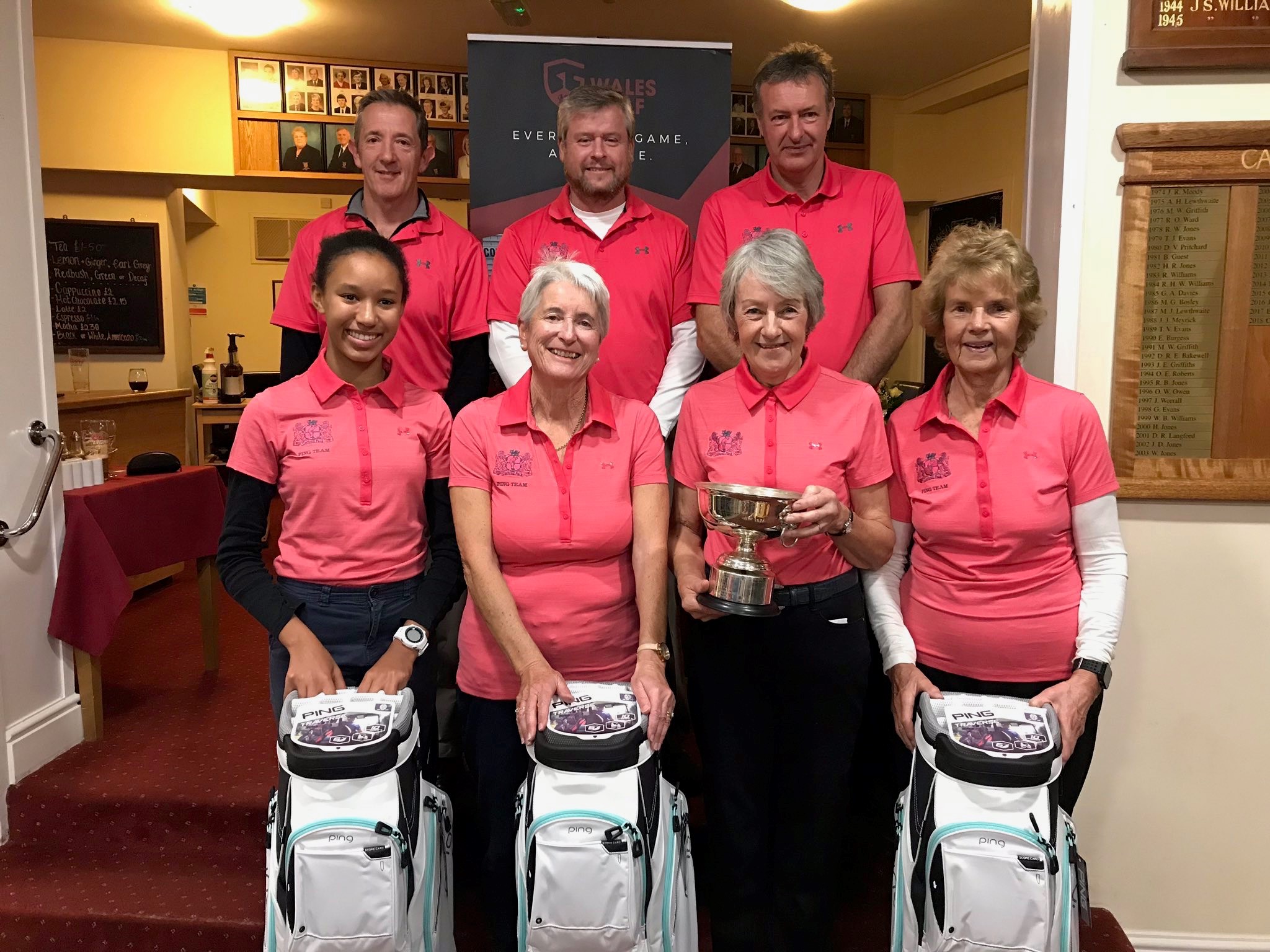