To mark 100 years of golf at Warley Woods in Smethwick, celebratory events have been played to acknowledge the special birthday of the 9-hole course and 100 years of Warley Woods Golf Club, including, a stylish Mixed Texas Scramble (and cream tea afterwards) played with antique hickory shafted golf clubs.  With many club members wearing flat caps, patterned jumpers and plus fours, the scramble was an elegant way to commemorate the club’s longevity. 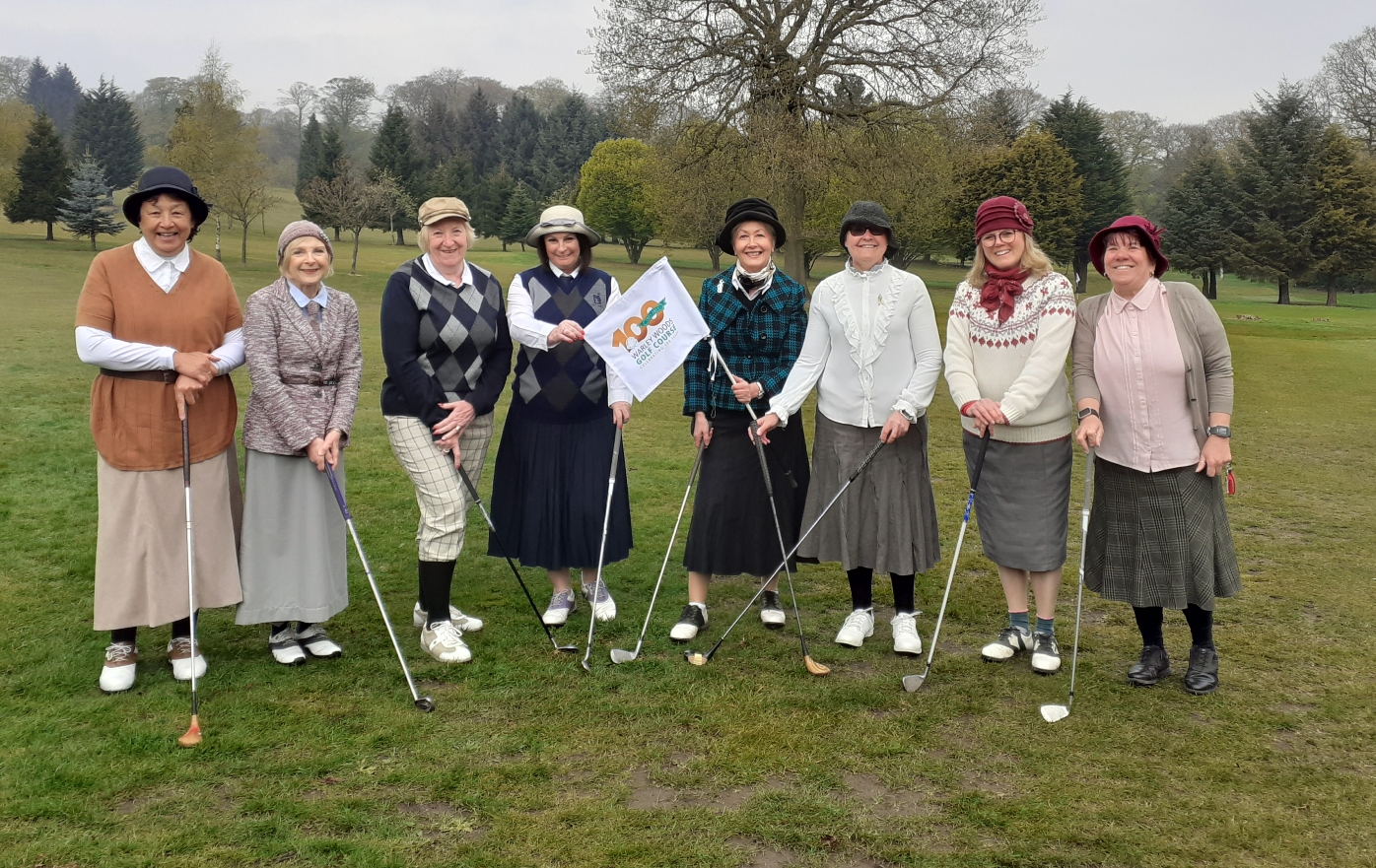 Club Secretary, Anne Hornsby, was one of those who dressed-up for the day and summarised the Club’s achievements.  She said, “The club is thriving, with a strong junior section who will be the future of the course and the club; the attraction of the game as a healthy outdoor exercise, regardless of age and ability, played in stunning scenery, is golf’s unique appeal which has spanned the decades.”

Opened on 4th May 1921, Warley Woods Golf Course became the first municipal golf course in the greater Birmingham area to open to the public.  Warley was a leading light at the start of a great expansion of municipal courses in the Midlands; open to all and not just those who could afford to join a private club.  Councillor R. R. Gelling, Chairman of the Birmingham Corporation Parks Committee, was the driving force behind the movement to initiate a municipal course.  On the opening day, rates for play were set at £3 – 3s – 0d per year, or one shilling per round. (The picture here of the earliest Warley Woods ladies dates back to 1927) 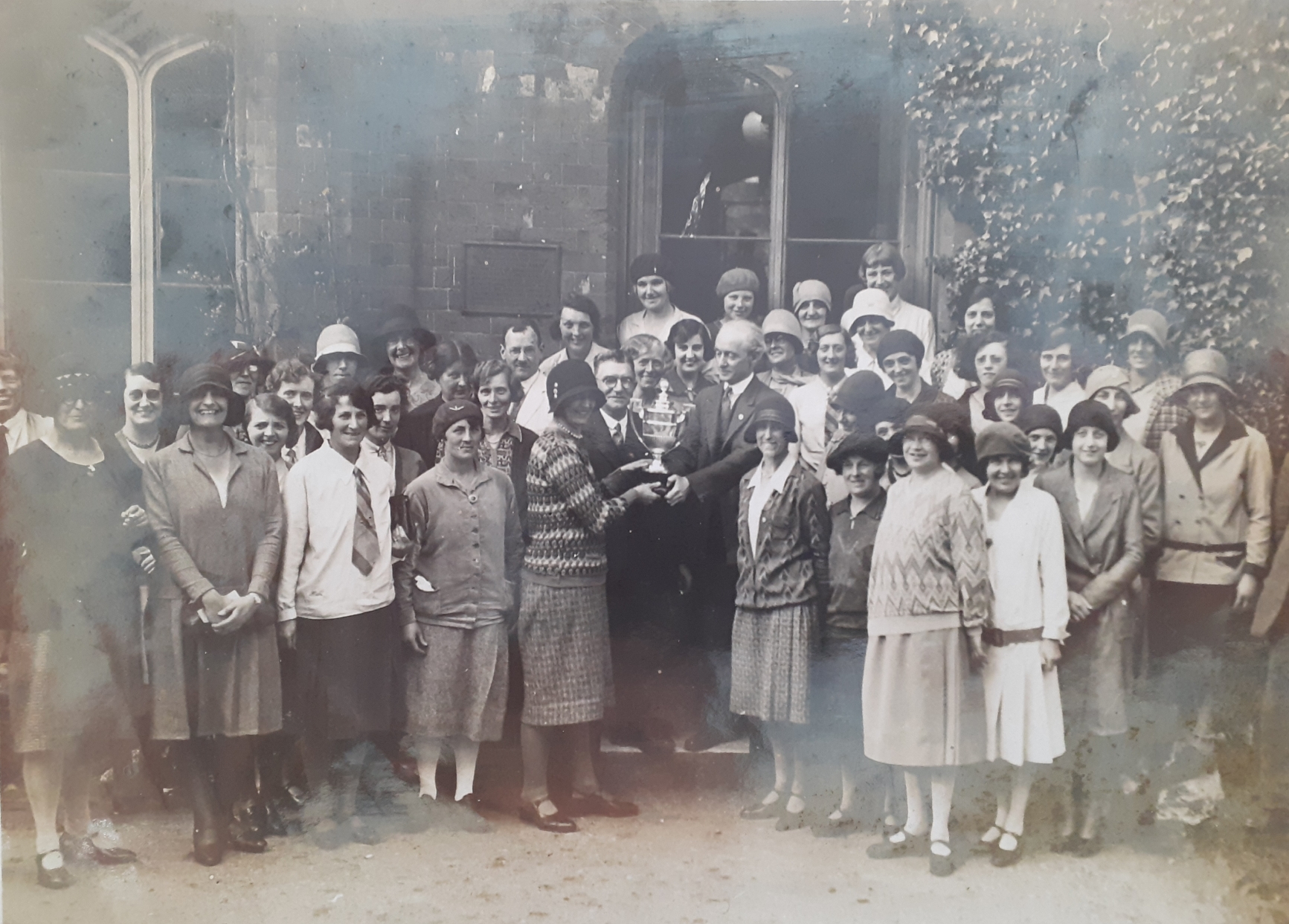 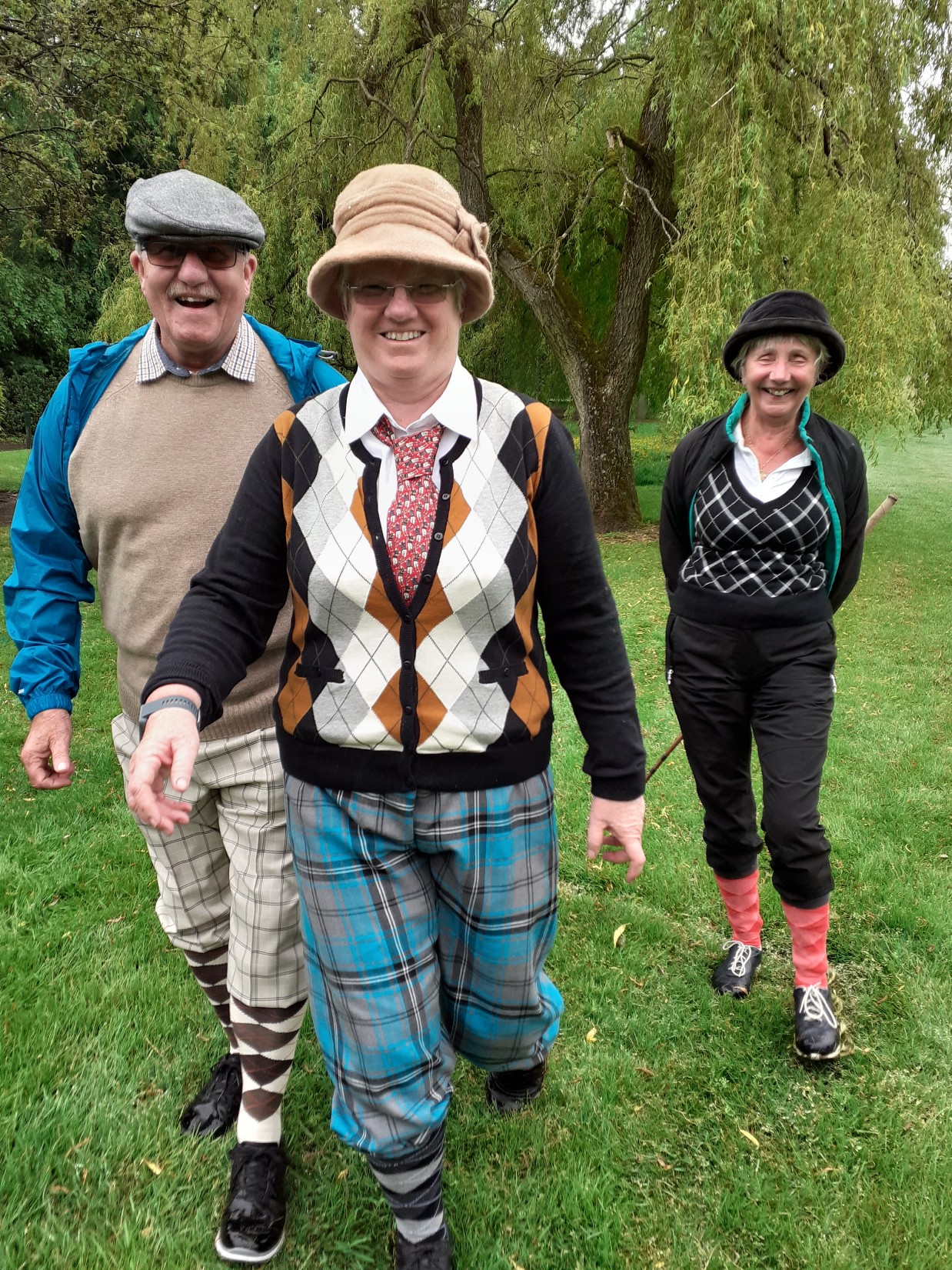 Warley Woods Golf Club was formed in the weeks which followed the official opening of the course, and in June 1921 a General Meeting was held at the course to determine club rules and committee responsibilities. It was decided that membership should be restricted to 50 gentlemen, a number which could be easily managed, and the number of ladies eligible for membership would be left to the discretion of the newly-formed committee.

Austen Chamberlain, from the well-known Birmingham family, became Chairman of the Committee and H. S. Shipway the first Secretary.

By the end of the month, a handicap committee had been formed; players submitting two cards or slips of paper signed by members of the club, and in early July 1921 members were allowed to start entering competitions. Though the Club had been formed, it did not mean that golfers had to be a member to play on the course.  It remained open to anyone, as it does today.

In the decades which followed, the club flourished; the municipal golf links at Warley proved to be an overwhelming success – golfers played in all weather, all the year and in all conditions.

One celebrity member was Miss Gladys Lunn who became the Lady Captain in January 1939.  Gladys gained national and international fame as a track and field athlete winning gold in both the 800 yards and the javelin in the 1934 British Empire Games whilst a member of Birchfield Harriers Athletics Club.  The Gladys Lunn Trophy is competed for by the Ladies’ Section each year. 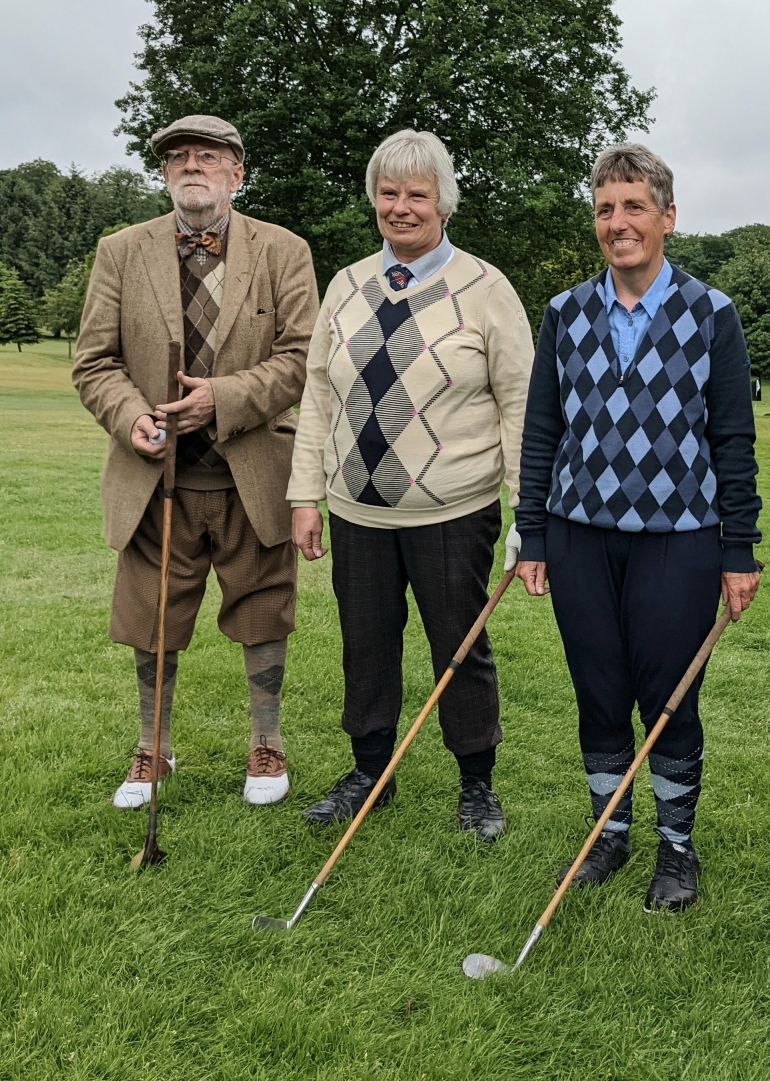 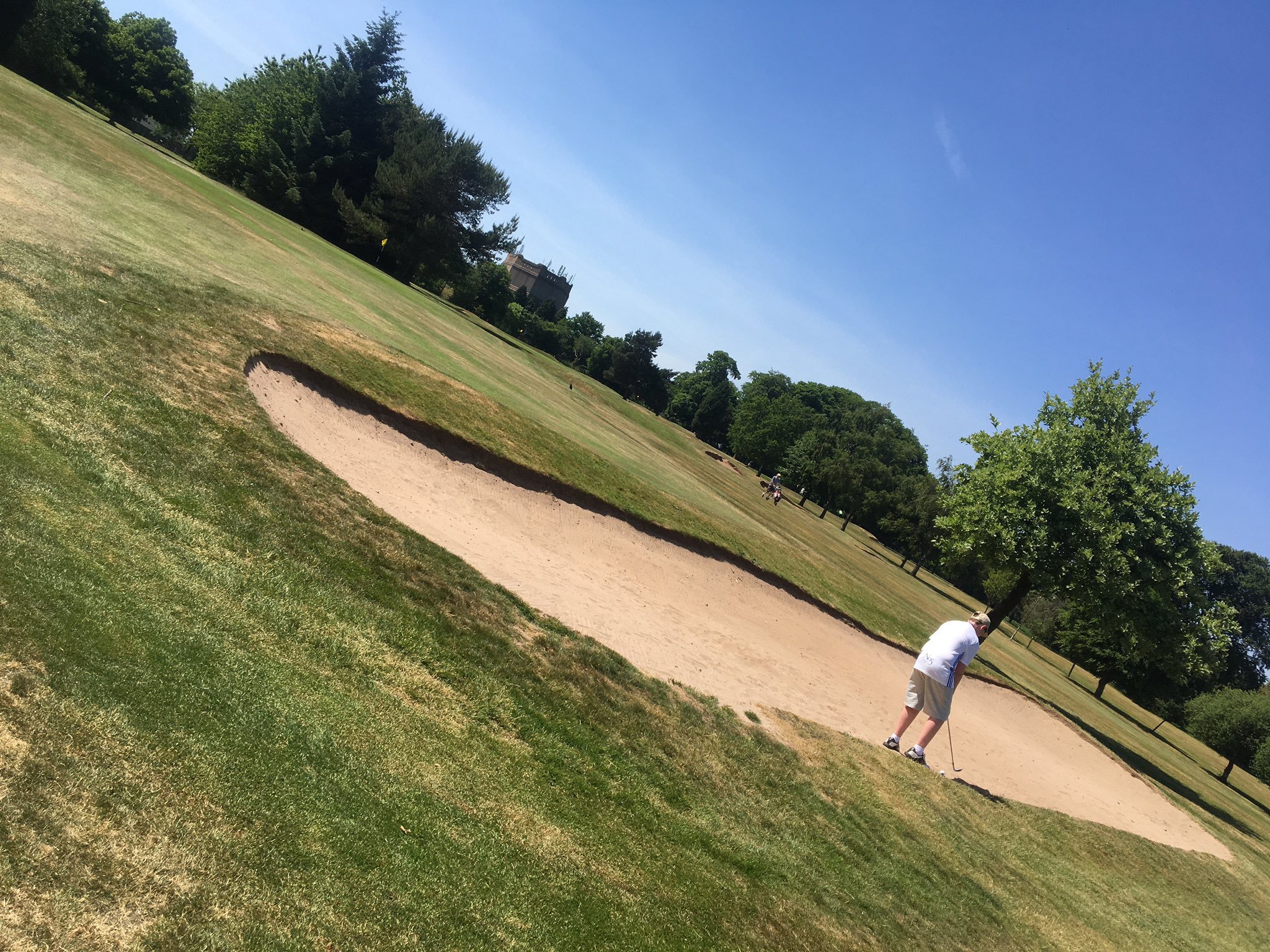 The first golf professional of the municipal course and one of the founders of the club was Alf J Padgham, A J as he was known. He moved from Blackheath Club in London when the course first opened and in 1925 was elected the first life member. He supplied handmade clubs, such as a brassie, niblick, mashie or jigger – not the irons and woods that we are familiar with nowadays. Alf’s son, A. H. Padgham, went on to achieve remarkable golfing success.

He was the professional at Sundridge Park and he became the British Open Champion at Royal Liverpool in 1936.  He came from behind with a last round of 71 to beat Jimmy Adams by a single stroke.  On that final day, he had to break into the locked Hoylake pro shop to retrieve his clubs for an early tee time, but seemed completely unperturbed by the incident. On the final green he holed from 12 feet for a 3 to win.

Warley Woods Community Trust manages the golf course as well as the parkland adjacent; the Trust operates the course, manages and recruits the staff, and works with a golf professional, currently Greg Lynch, who uses the facilities and provides lessons on the course, including junior coaching which he is passionate about.  The Trust has been able to support him in his work, and ensure that the course is maintained to a high standard and is attractive to golfers. 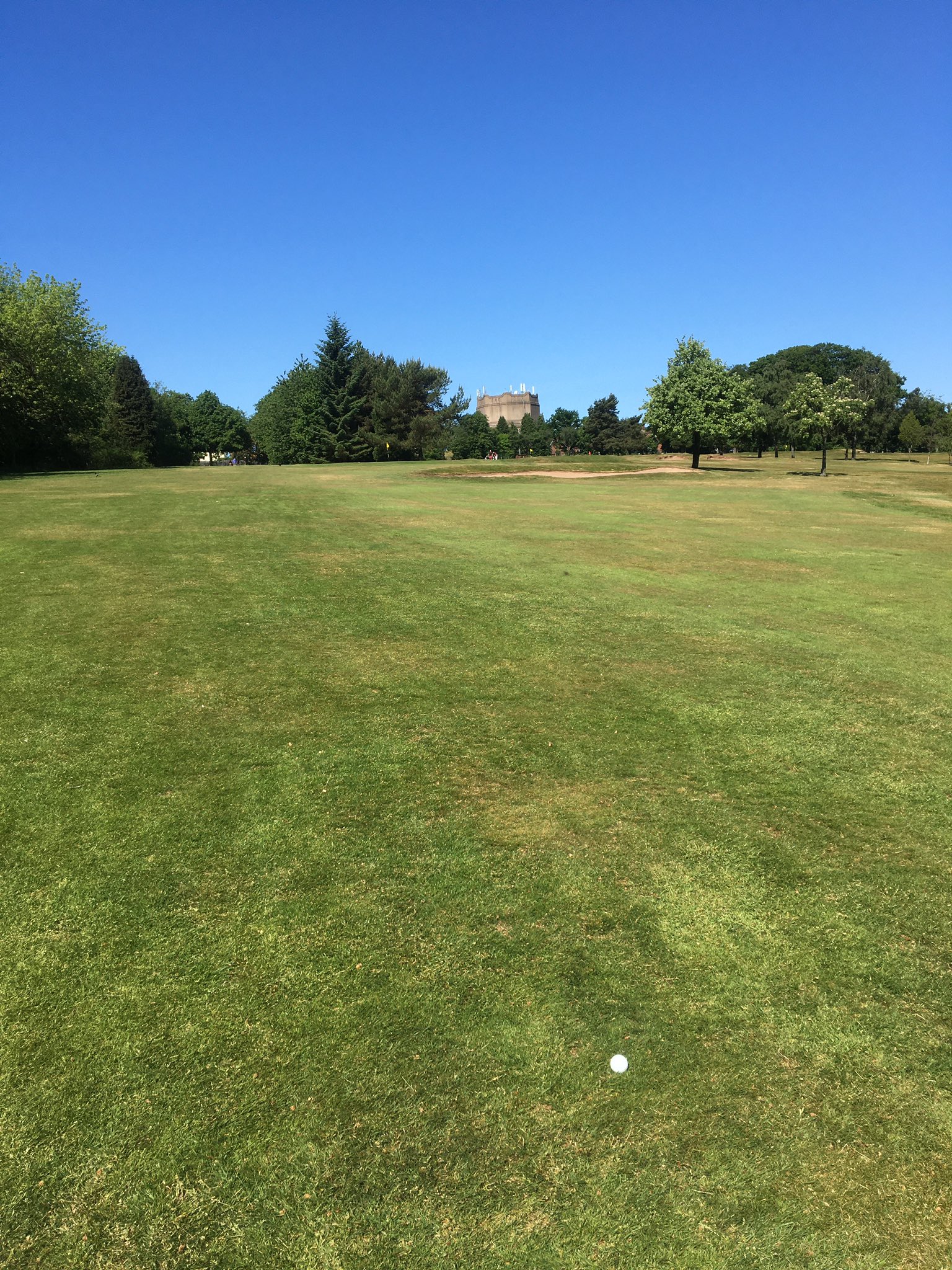 Looking forward from the Centenary, the golf course and the golf club start their next 100 years with a very positive outlook for the future.  The grounds staff are proud to make the course as good as any private club and have very high standards in their work, and the Trust are working towards the target of a new building which will be the home of the golf activities as well as its other work.  The course is available to all, there is no closed membership. Let’s raise a glass to the next 100 years at Warley Woods! 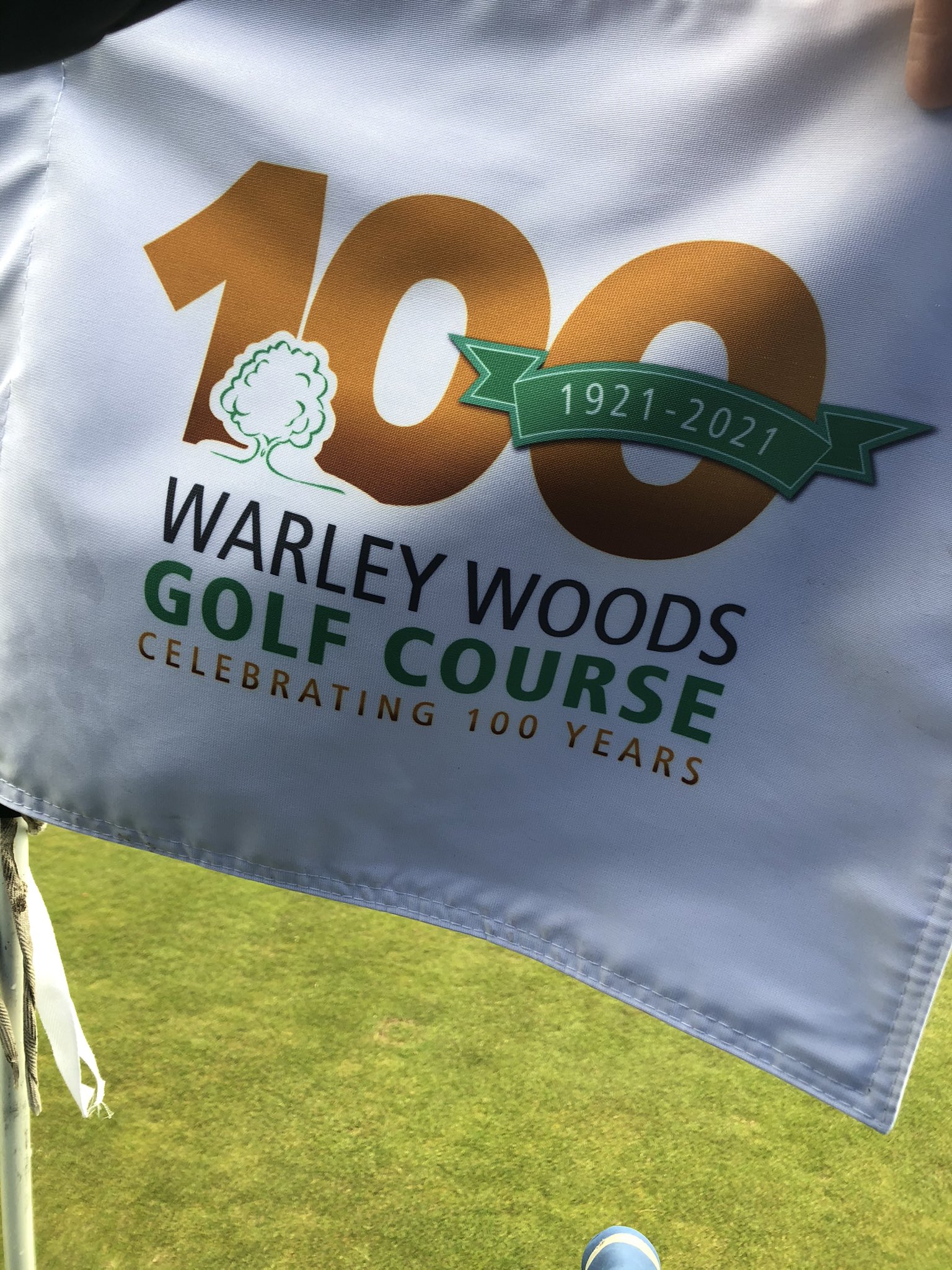 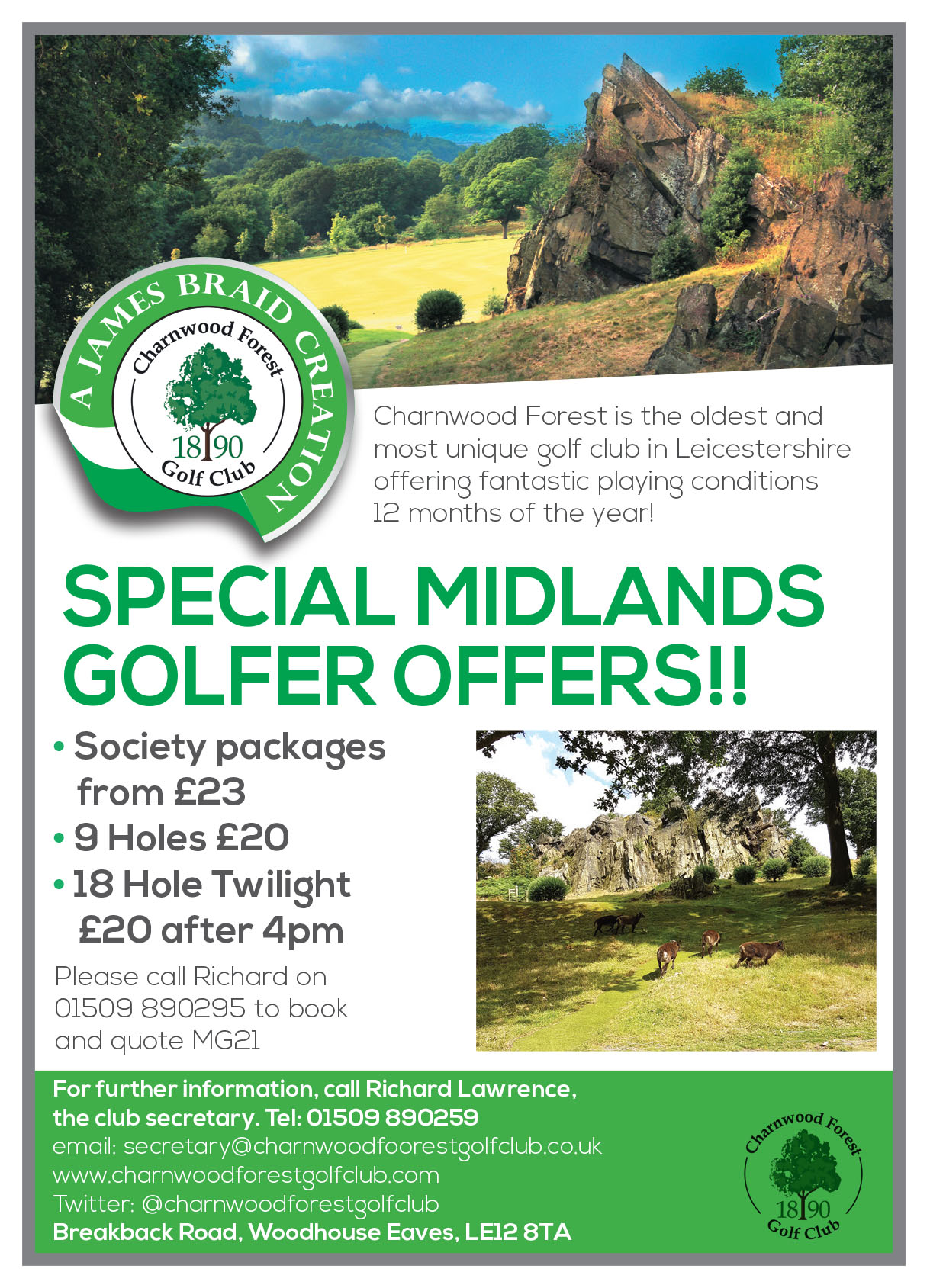 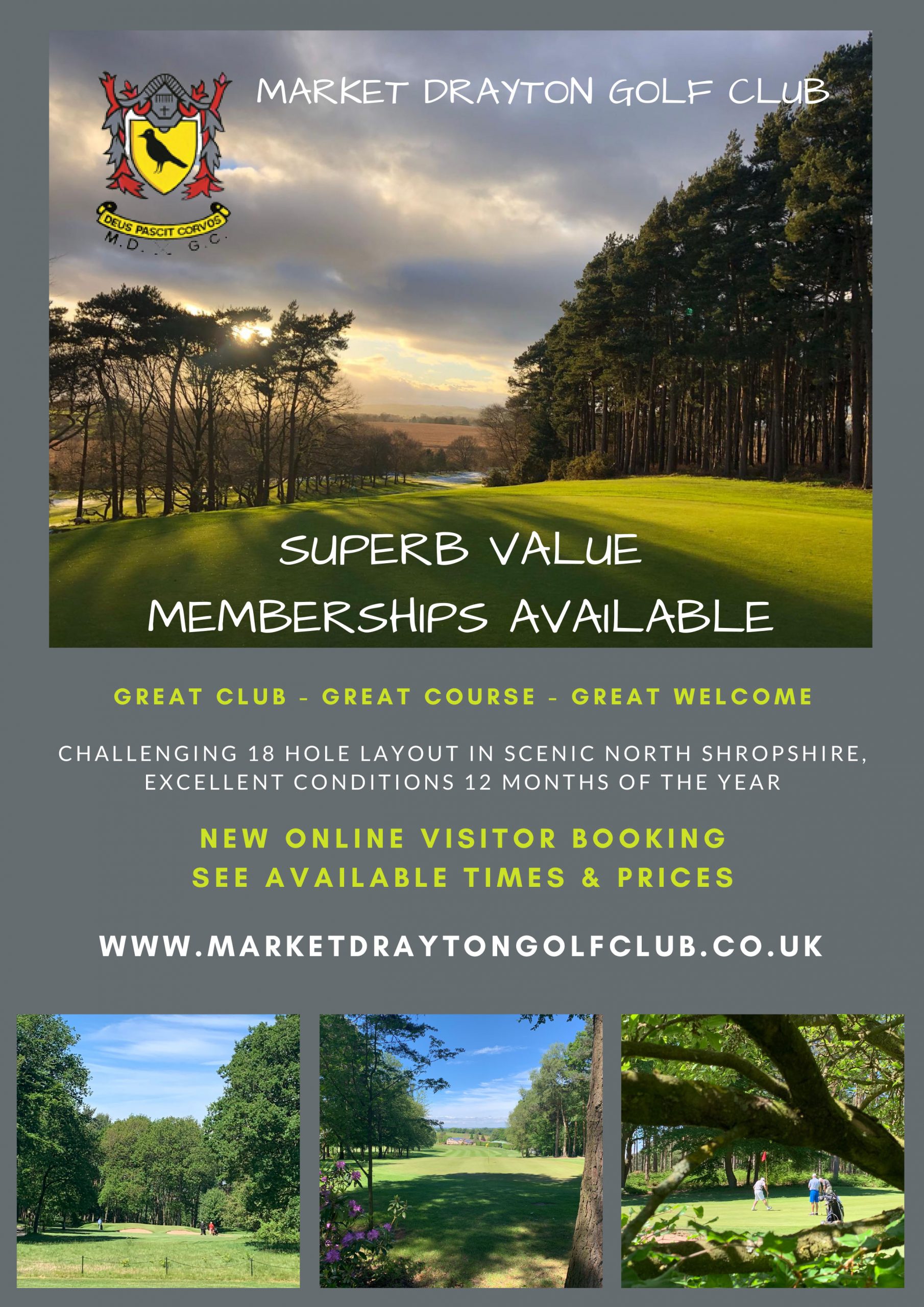 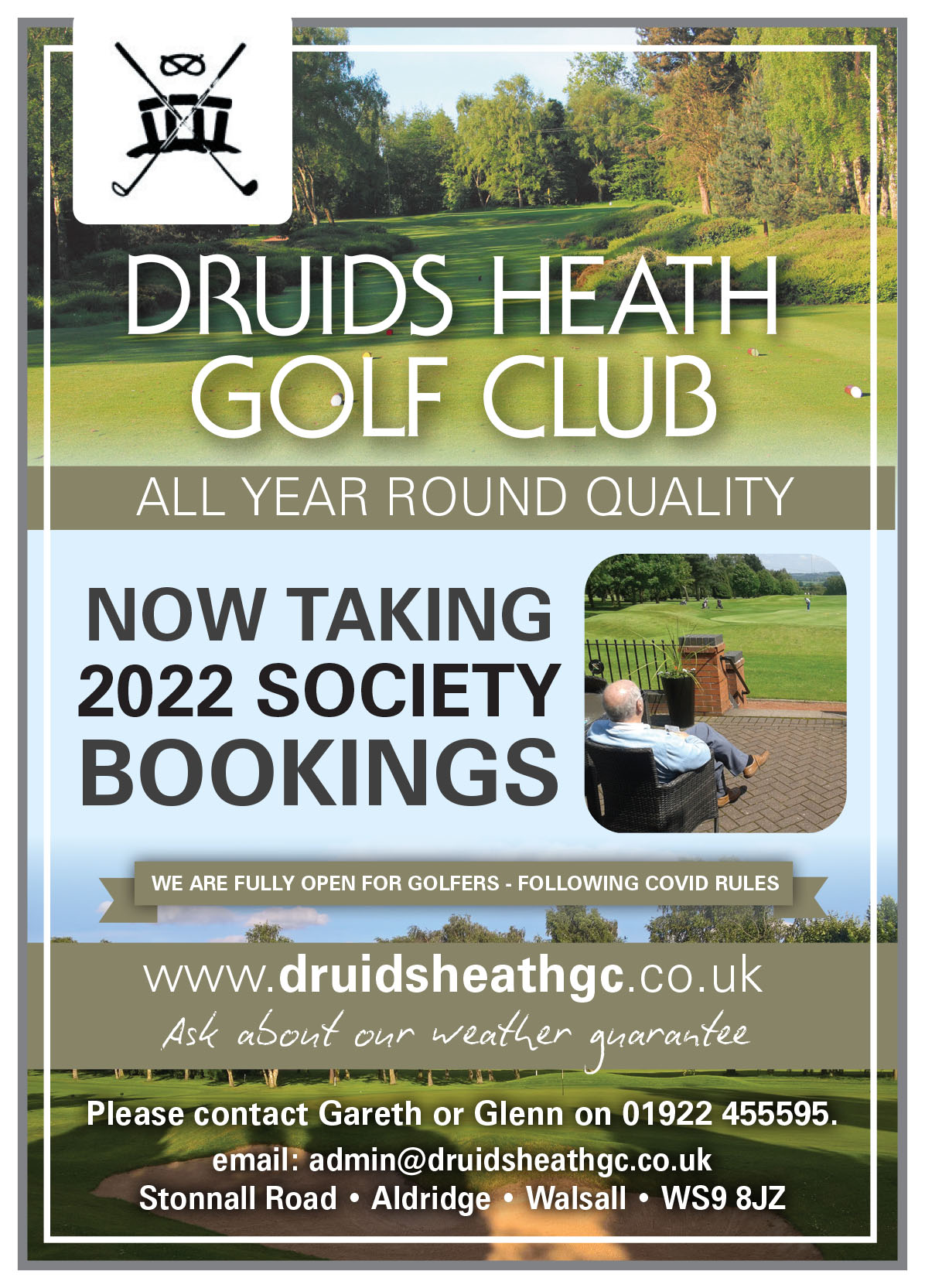 Golf’s back… but how will YOU attract new juniors? 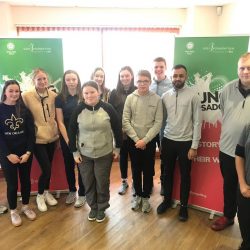 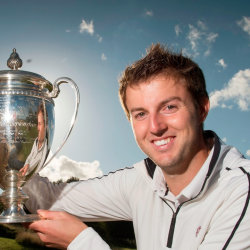