The 12-year-old Woodhall Spa member received the award from the Young Golf Ambassadors in recognition of the tireless work he has done raising money for charity.

He has already raised well over £5,000 from a series of different golfing challenges and has no intention of quitting any time soon.

Archie started to raise money in memory of two local Derbyshire youngsters, High Peak cycling champion Charlie Craig, and rugby player, Ben Stollery, who sadly both passed away in their teens. His fund-raiser activities to date have included a 24-hour Golf marathon, a 100 Golf Holes in a Day challenge at Cavendish and New Mills Golf Clubs and a five-day 84-mile Coast to Coast Golfathon from Mayport Golf Club to Tynemouth Golf Club. 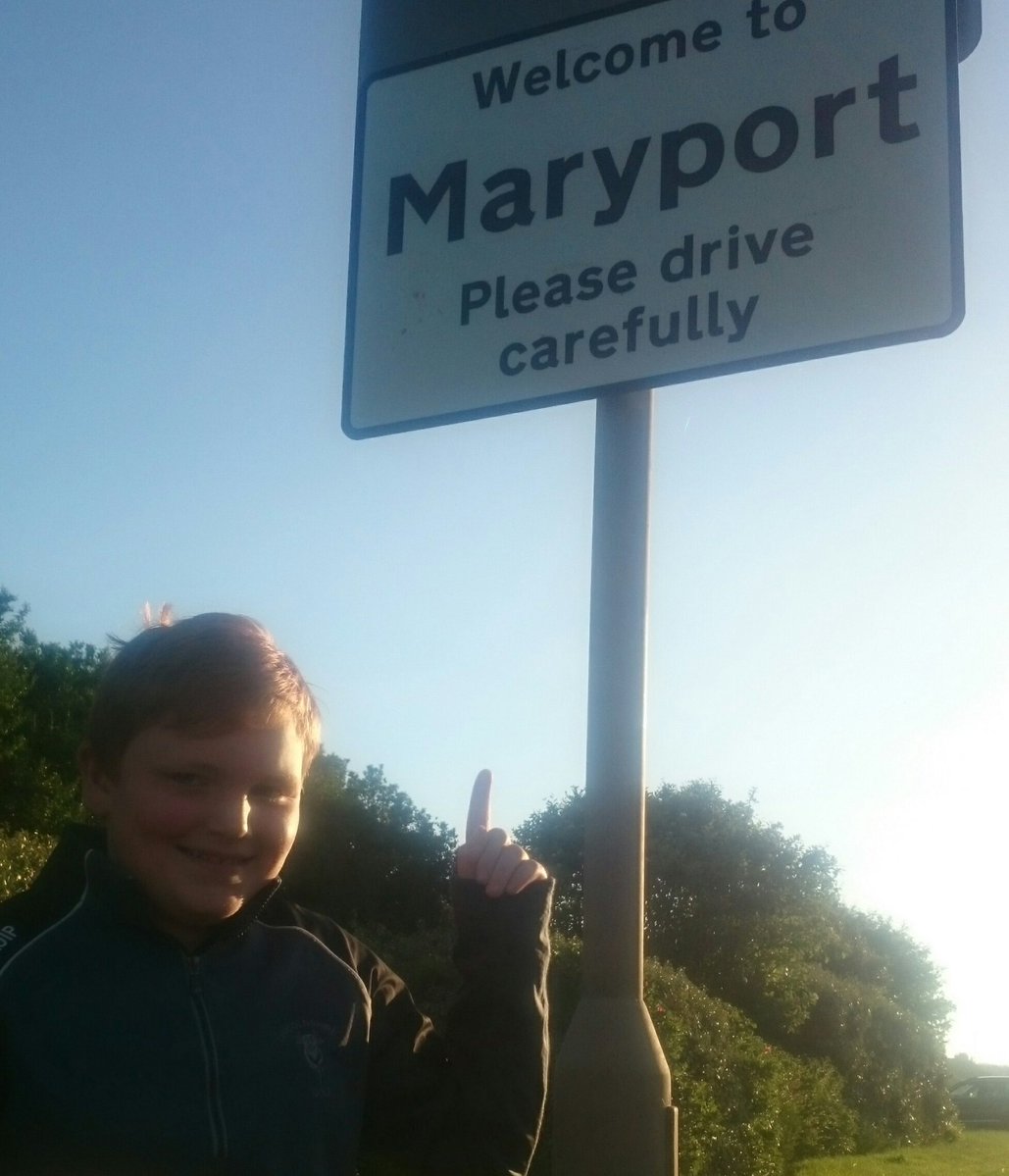 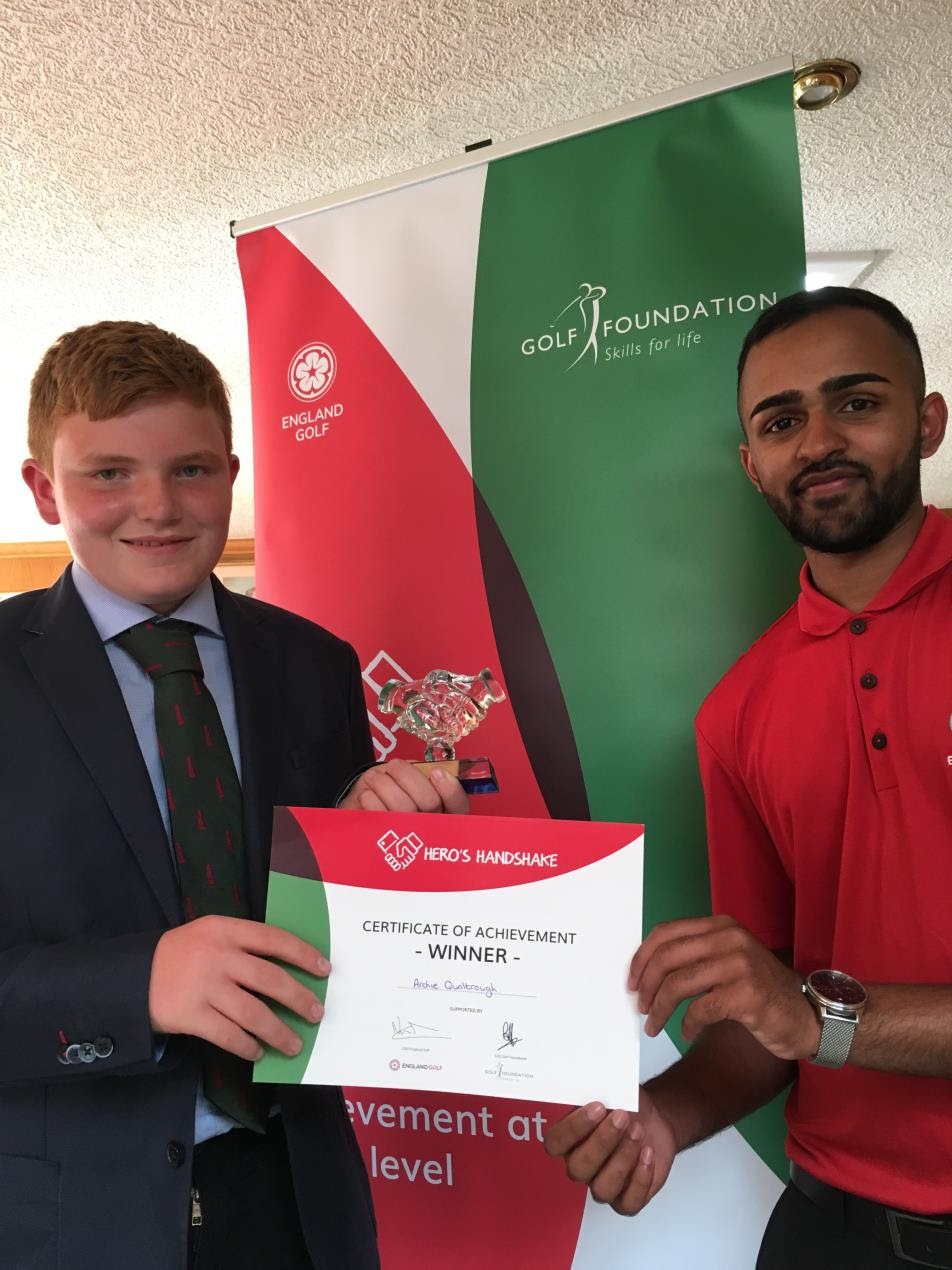 The charities he supports include the Golf Foundation, Cardiac Risk in the Young in memory of Craig who died in his sleep and Young Minds in memory of Stollery who took his own life. 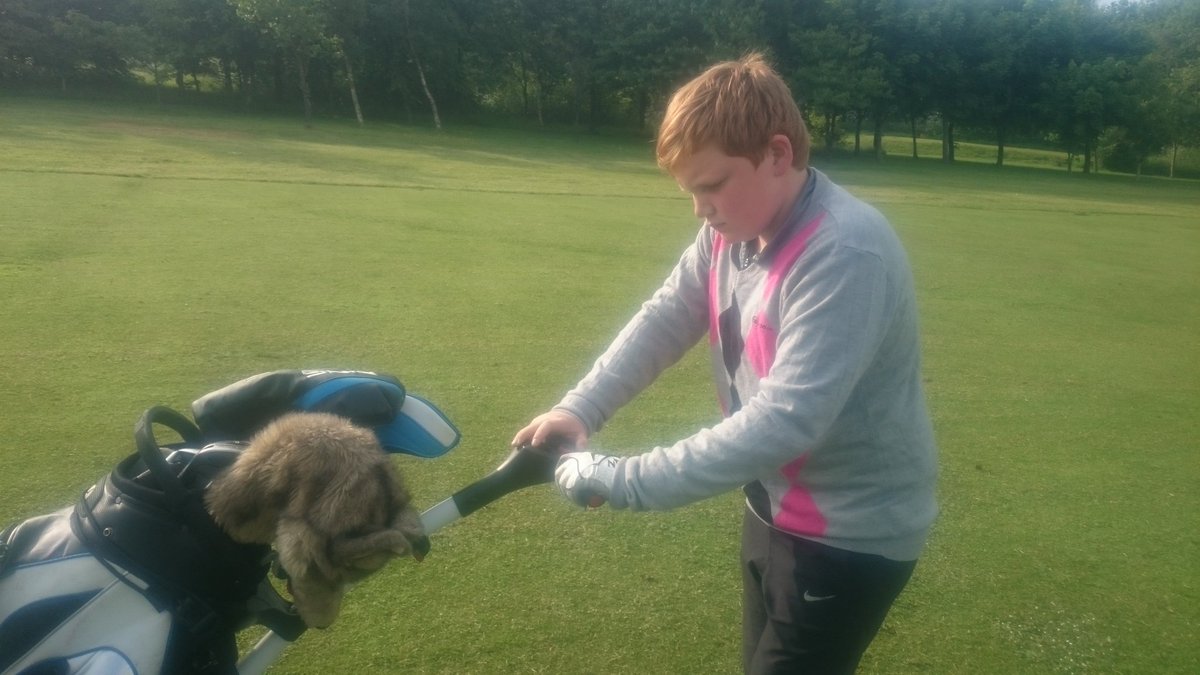 “We are very proud of Archie and everything he’s done,” said his father, Stuart. “Nothing is ever too much for him. In fact, one of our main jobs is to make sure he doesn’t take on too much. He’d be hitting the ball off the top of Ben Nevis given half a chance.

“It’s great that he is getting the award today because we’ve worked out it’s five years to the day that he took up golf. He loves it. He plays off 11 but as he’s always telling me that’s a Woodhall Spa 11.”

Junior organiser, Alison Johns, a PGA teaching professional at the Woodhall Spa Performance, has witnessed at first hand all the hard work Archie has done and is delighted he has been given the Hero’s Handshake Award.

“It is absolutely fabulous this inspiring young man has been recognised for his commitment to raising money for charities,” she said.

“He is a great role model for our junior members at the national golf centre at Woodhall Spa.”

Archie himself was bowled over to receive the Hero’s Handshake at Woodhall Spa.

“I am surprised and delighted to have been given a Hero’s Handshake Award,” he said.

“I feel honoured and very grateful to have been chosen because of my annual challenges in aid of charities are particularly important to me, and it has definitely inspired me to push myself even harder this year. I’m so happy to be able to help great causes through playing golf.

I would like to thank England Golf and The Golf Foundation for their fantastic support and especially Young Ambassador Ali (Jodiyawalla) who took a day off work to travel all the way to surprise me with the presentation at my home club.”

The awards which are run by The Young Ambassadors, a group who represent England Golf and the Golf Foundation, aim to recognise and celebrate what young people are achieving in golf outside of just the competitions. They will be giving a Hero’s Handshake award each month. Follow then on Instagram @getgolfing and tell them about other potential heroes.