Henry Hayward rightly refused to let the rain dampen his spirits as he deservedly claimed the Carris Trophy following a weather-affected week on the Dorset coast.

The Kedleston Park golfer won the famous trophy after recording a 36-hole total of five-under-par with rounds of 67 and 68 at Broadstone Golf Club.

The championship was scheduled to be decided over 72 holes of stroke play.

However, torrential rain on Tuesday wiped out round one and the final round today was abandoned as a monsoon swept into Poole and turned the fairways into rivers. 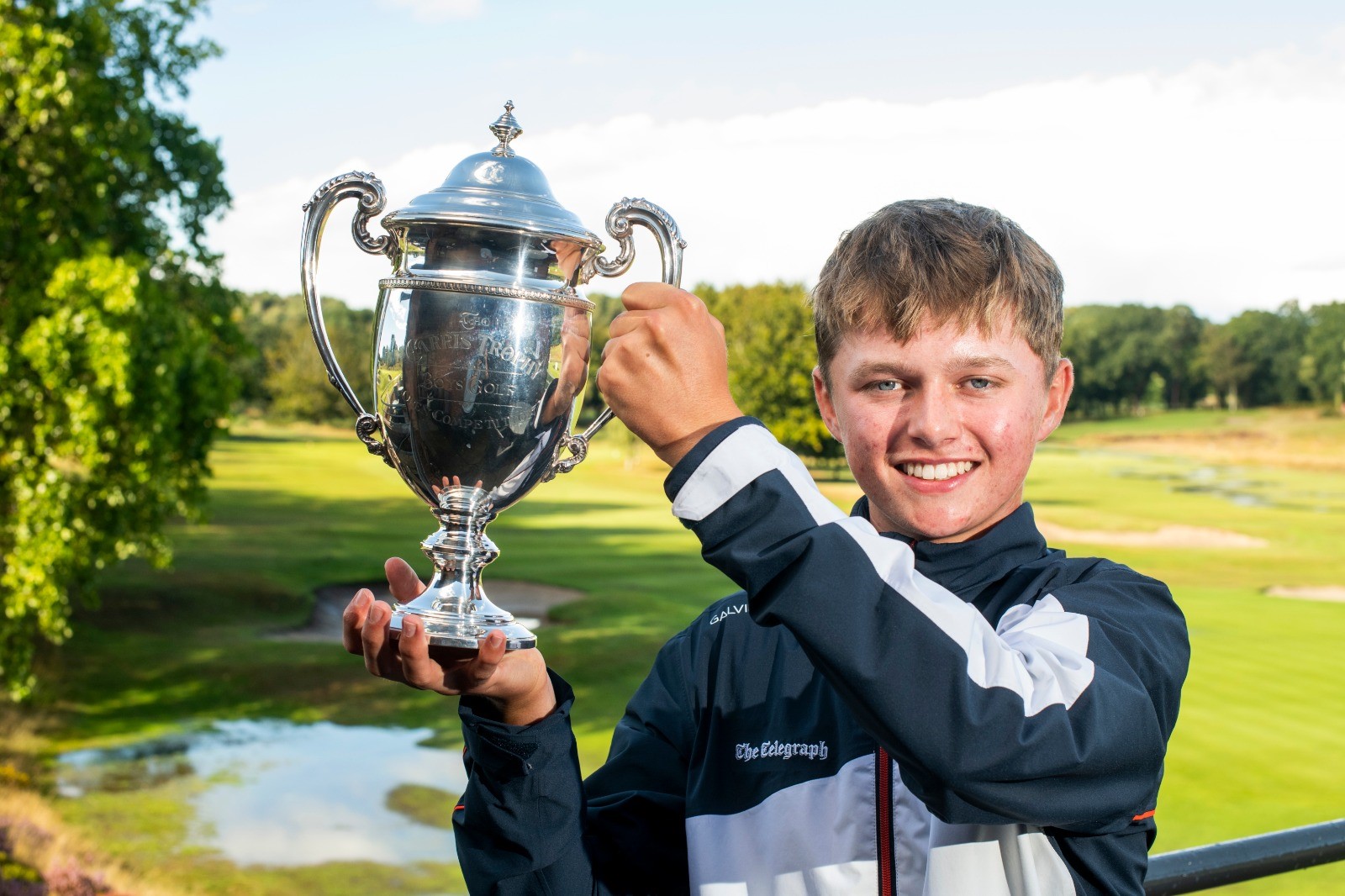 It was a frustrating end to a disrupted season for all 132 boys in the starting field, but Hayward’s classy play and positive attitude shone through to allow him to lead the way.

The 16-year-old’s victory came by two shots from Alfie Robinson from Pyecombe Golf Club in Sussex and three from Joseph Quinn playing out of Northants County Golf Club after the result was called on the scores from just two rounds.

These three players were the only boys in the field to shoot under par in their consecutive rounds.

“It feels amazing,” said Hayward who has a tale to tell when he returns for his A-Level year at Chellaston Academy in Derbyshire next week.

“It’s my first time in this event having played in the Reid and McGregor Trophies previously.

“I know it was English lads only this year, but it’s one of the best events and I’m happy.

“This morning on the back nine was difficult and the wind picked up and it started to rain but I managed to hold it together and rolled some putts in.”

Incredibly, all 50 players who made the cut after Wednesday’s opening round were in with a shout of winning going into the final day. Only five shots separated the field with 36 holes still to play.

However, there was always the threat of further weather disruption on Thursday afternoon with rain and thunder sweeping in off the Atlantic – and so it proved. 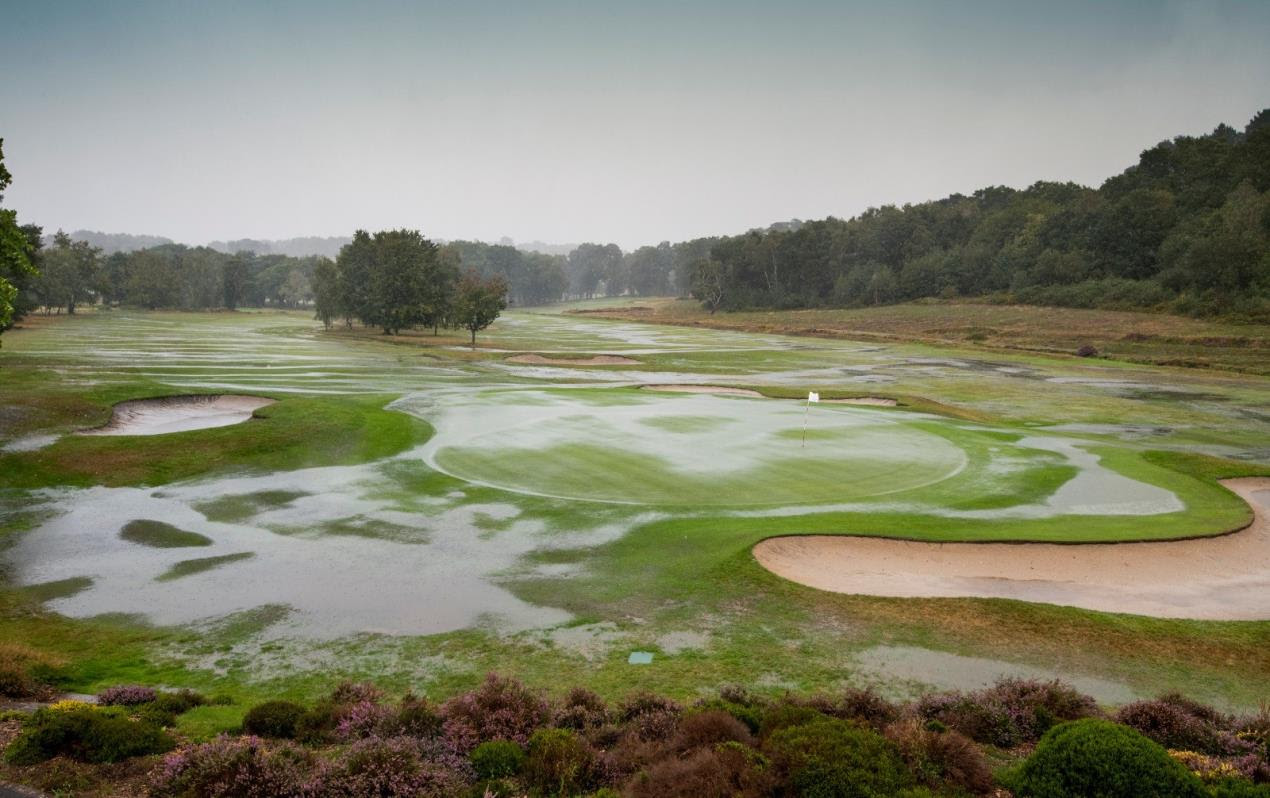 The 1pm drizzle soon turned into a 2pm downpour. By 3pm the conditions were thoroughly miserable and the persistent rain produced casual water on greens and fairways to force a suspension of play at 3.15pm

By that stage, the final group were on the second fairway. Leader Hayward and his playing partner Remy Miller were preparing to tee off on the third hole.

It was not the way anyone in the field wanted the championship or the England Golf season to end – especially Prestbury’s Miller who bids farewell to boys golf and heads off to college in Texas on Tuesday. However, Mother Nature had the final word.

With rain still falling, the course sodden, and fading daylight hours always an enemy, the decision was made at 4.15 pm to cancel the third round.

Hayward’s rounds of 67 and 68 showed the Derbyshire golfer’s undoubtedly ability.

In the course of the two completed rounds, the 16-year-old rattled off 10 birdies and played the game with a smile on his face. 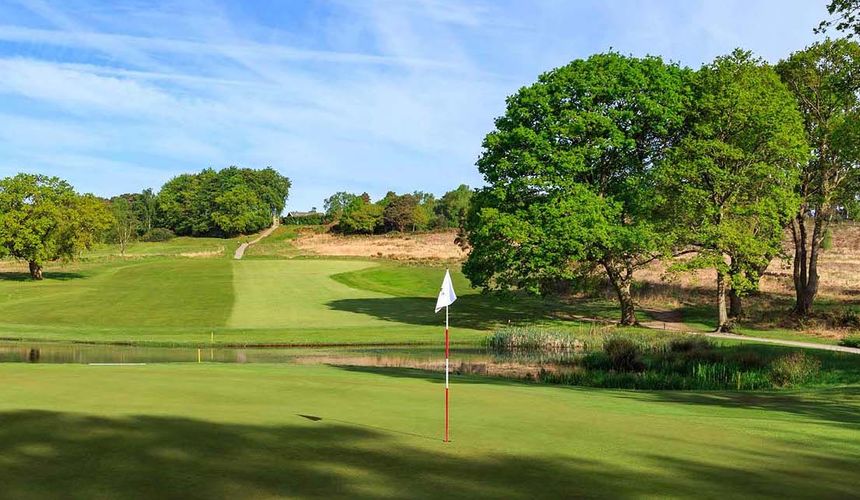 When asked if he led a lunchtime rain dance knowing bad weather was on its way, Hayward added:

“Now I have a win under the belt it will increase my confidence going into the next events.

“It will increase the amount of people who know who I am for going to college in America in a couple of years and lead me on to bigger things, hopefully.

“The top ambition is to be a professional golfer on the PGA Tour and win Majors – that’s what I’m aiming for.”

Ironically, Hayward’s face has been seen around the clubhouse all week – on an England Golf promotional poster highlighting its role in inspiring young golfers.

“That was me a couple of years ago – I’ve grown a bit since then – not too much!”

Despite the truncated nature of the event, there were strong performances in the course of the week from a number of players including Yorkshire’s Josh Berry, Hertfordshire’s Jack Bigham, and Cheshire’s Frank Kennedy.

Jake Wallis from Garforth claimed the Hazards Salver for the best-placed player under the age of 16 with a two-round tally of 140 (level par).

For full details on the 2020 Carris Trophy visit the championship homepage.