Gracie Murray’s first reaction when she was diagnosed with Type 1 Diabetes in February this year was simple: How will it affect my golf?

Now – after being named as the latest recipient of the Hero’s handshake award – it can be revealed that it has not curtailed her love of the game or ability to participate in any way, shape or form.

In fact, the go-getting golfer from Kettering Golf Club in Northamptonshire has used her diagnosis as a huge positive. 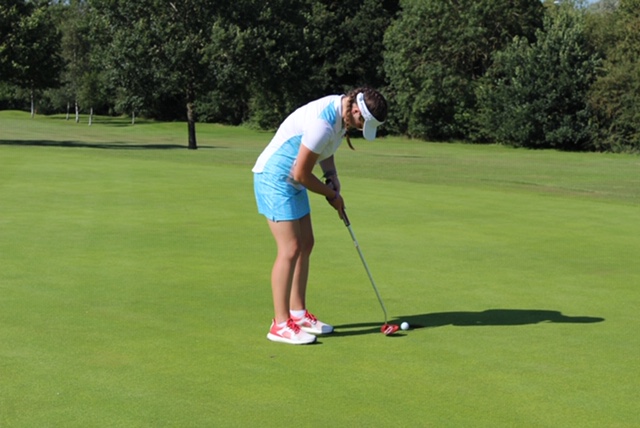 It has not only driven her on to play more golf and become a single-figure handicapper but also to launch her own charity day which raised over £6000 for a local Diabetes charity and to benefit fellow juniors at her club.

Gracie became hooked on the game of golf when her dad Nick took her to the local driving range aged just 10.

And even though there were some worrying moments and big questions to be answered when she received confirmation of her condition earlier this year, Gracie showed terrific spirit to make sure that the initial setback did not dampen her spirits for too long.

Gracie was proud as punch when she was presented with her award by Ali Jodiyawalla on behalf of the Young Ambassadors programme.

Now the county girls player and junior captain at her club is having to get used to the recognition that’s coming her way for a series of selfless acts that have so captured the imagination of her local community.

She said: “I was really shocked to get this award and the reaction has been amazing.

“The charity day was a lot of hard work as we had 84 people playing in 21 teams, but I had a lot of support from my family and people at the club and I have to thank them.

“When I was first diagnosed it was worrying and then when I played golf at the beginning I was a bit tired.

“But I’ve turned it into a positive. My handicap has come down from 12 to 9 this season and I still love playing golf.”

Friends and family attended the award ceremony which was kept hush-hush so as not to spoil the surprise.

“It was difficult keeping it a secret from her,” revealed mum Suzanne. “But we were all so proud to see her receive this award after a difficult year.

“When she was diagnosed her only thought was about what it meant for her golf.

“The diagnosis had come out of the blue and she was worried about the practical side of dealing with Diabetes – how she could inject herself on a golf course and how would it affect her fitness?

“But she soon got her head round it and then – completely off her own back – decided to organise a charity golf day to raise funds. 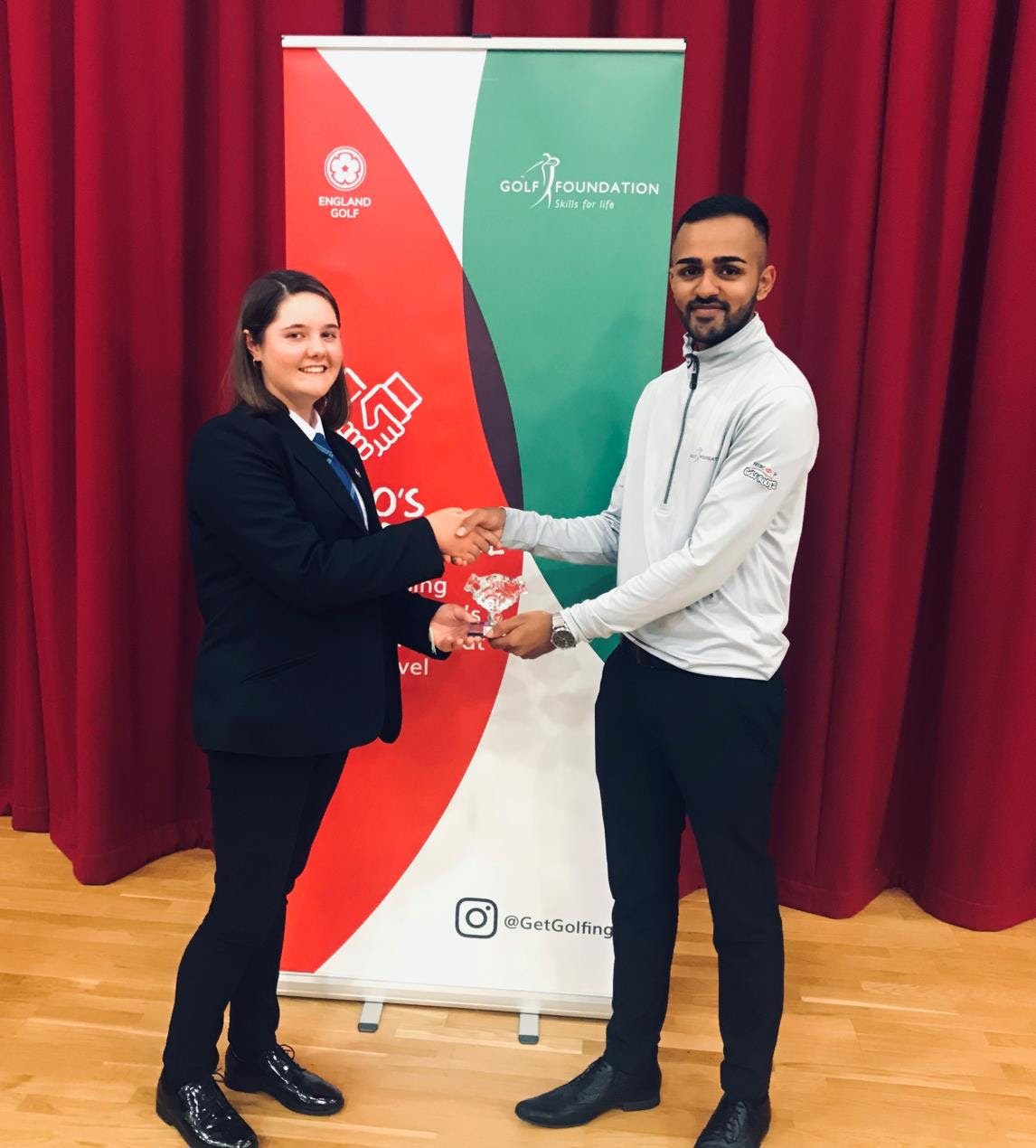 “Like most teenagers, she’s active on social media and was really pro-active getting the message out about the day.

“As well as the golf there was a raffle held and I’ve never known so many tickets to be sold!

“In the end, the day raised £6040 with money going to a local Diabetes charity and some going to the junior golf section at the club. As a family, we’re all so incredibly proud of what she has done.”

The Hero’s Handshake Awards are run by The Young Ambassadors, a group who represent England Golf and the Golf Foundation, and who aim to recognise and celebrate what young people are achieving in golf outside of just the competitions.

They will be handing out a Hero’s Handshake award each month. Follow then on Instagram @getgolfing and tell them about other potential heroes.