Established in 1643, Monifieth’s Medal golf course is a combination of parkland and links, undulating ground flanked on many holes by rows of pine trees. Deep revetted bunkers are another feature. 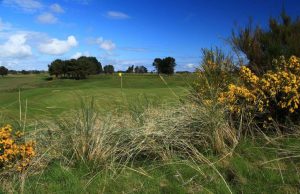 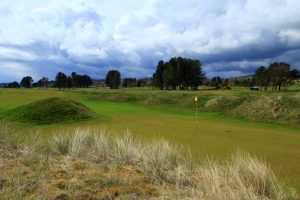 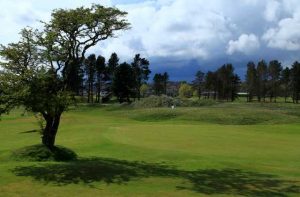 A further 36 holes reside at Monifieth, the Medal course is the Championship challenge, and the one to play as part of the package. As you head away from the clubhouses (Monifieth Links has three of them) the Medal actually runs adjacent to Panmure in parts.

The layout is set on undulating links with some old dune ridges, often covered in gorse, between fairways that untypical of links are tree lined in many places. The Medal has a reputation as a tough and uncompromising track, bounded on one side by the railway line heading north.

If the prevailing wind is blowing in from the Firth of Tay it can bring into play some very tough stretches of rough to punish errant shots. Monifieth has large, fast and firm greens and clever bunkering to further enhance it’s highly regarded reputation.

A good test for sure but one that possesses much natural,raw beauty and some stand out holes too, a few mid-length par fours on the slightly less demanding back nine will stick in the memory, cutting through increasingly undulating terrain. 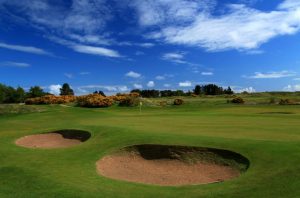 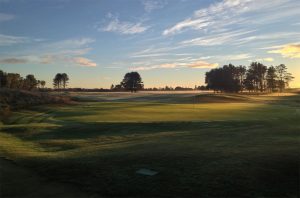