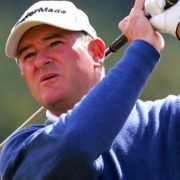 We’re very pleased to introduce Peter Baker as our magazine contributing professional in 2018. Peter will be writing a regular blog for us in the magazine and online here too. 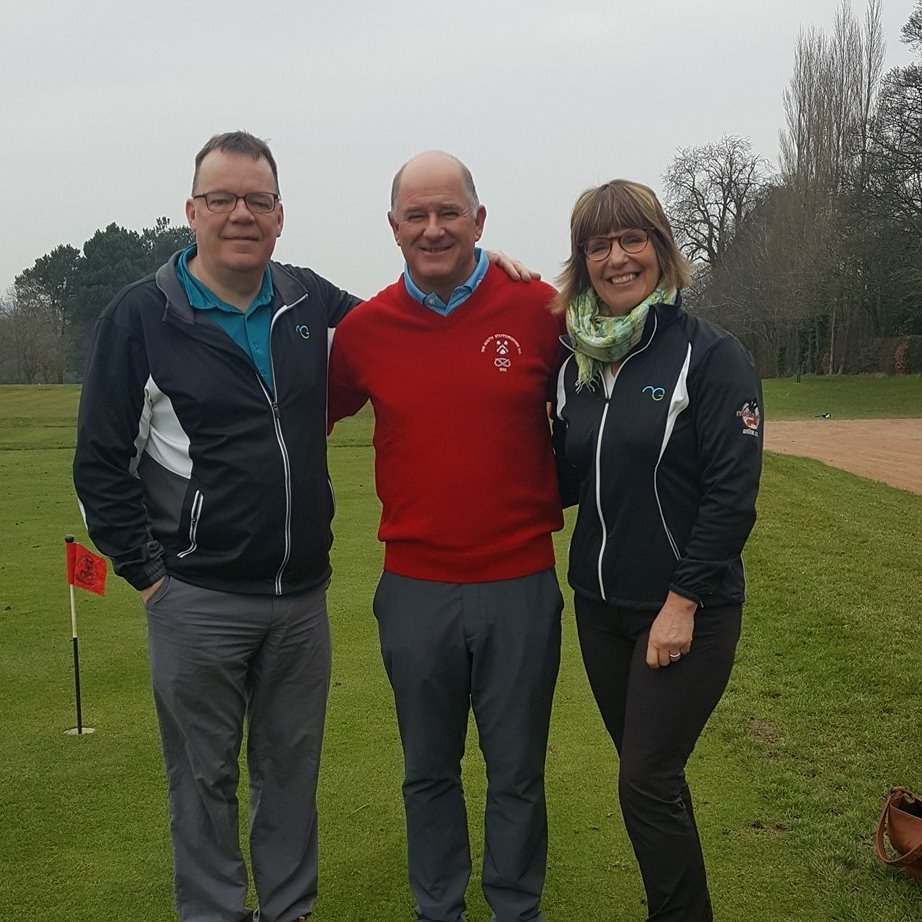 Peter Baker was born in Shifnal, Shropshire in 1967, he currently lives in Wolverhampton and is Head Professional at The South Staffordshire Club. After a successful amateur career which included a Walker Cup appearance in 1985 he turned pro the year after and soon became one of The European Tour’s most consistent performers. Among his three wins was a British Masters success in 1993, the same year that Peter made his Ryder Cup appearance at The Belfry. Despite a European team defeat, he won three points out of four, including a singles victory over Corey Pavin. Peter returned to Ryder Cup duty in 2006, this time as good friend Ian Woosnam’s Vice-Captain in a commanding European win at The K Club. Peter is married with two grown up daughters and is a season ticket holder at Wolverhampton Wanderers. Now aged 50, he’s spending 2018 competing full time on the newly named Staysure Tour (European Seniors) 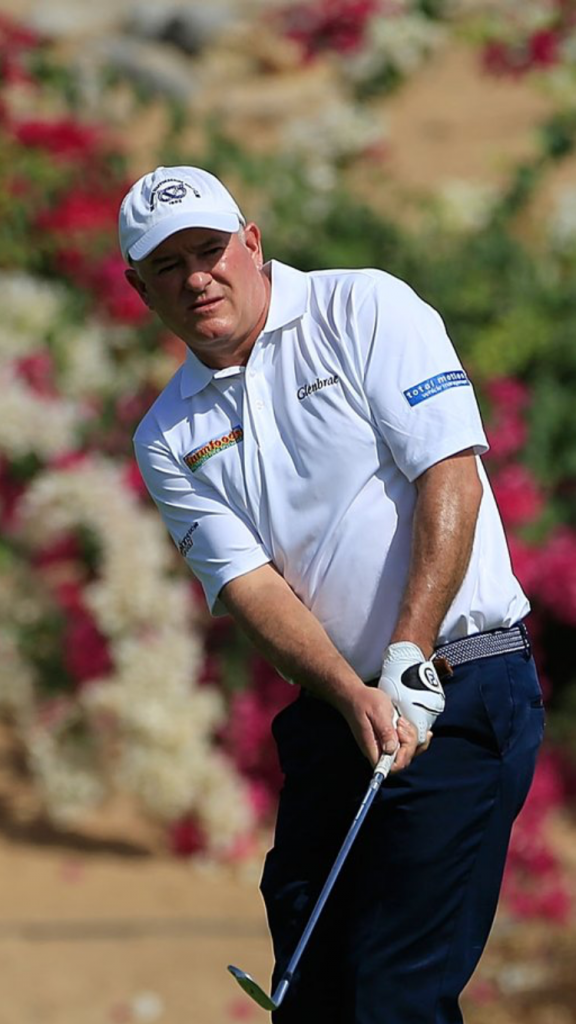 Peter has a busy year ahead and we caught up with him on return from the season’s first event, The Sharjah Senior Masters in UAE where he finished in joint 11th on three under.

“I felt I played really well for a season opener and the swing felt good too. I just struggled with the pace of the greens which was my downfall, but all in all it was a great week at a very welcoming venue which all the players enjoyed, and nice to play some golf in the sunshine too.”

It’s a while before the next Staysure event in late May, until then Peter is intending to keep competitive as it all gets very busy after that.

“ I’m intending to play about 90% of the Staysure events this season so it will be full on from June onwards, until then I’m taking part in a few local pro-ams and some familiar spring events that I enjoy. The Cornish festival is a favourite of mine, I managed to win the Professional Trophy here last year so this month we’ll be down again (April 17th-19th.) It’s a great golf event in a lovely area and we play at Trevose, Carlyon Bay and St Enodoc.” 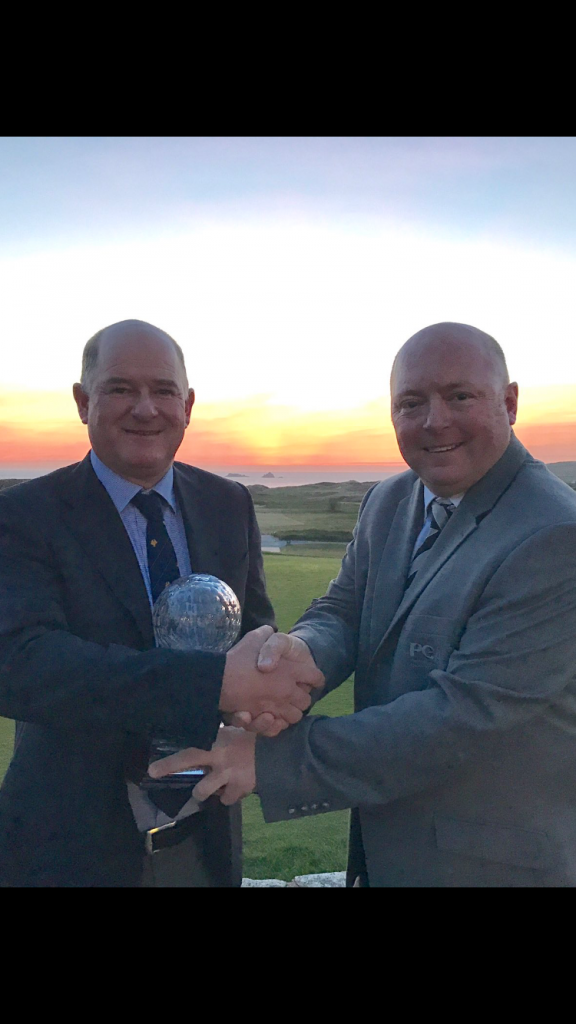 On Tiger Woods – “He’s looking dangerous again and confident in what he’s doing. Such a great boost for the game to have him back in contention. If he could win a major this year, that would be something very special.”

On Staysure  – “ Brilliant support for all the guys on the tour, they are determined to make it a big success and I’m delighted to see that they are going to be equally commited to amateur golf too.”

On Wolves – “ Nearly there now, just win our home games and we’ll be back where we belong. There’s been a bit of controversy lately hasn’t there over the FFP issue , but looks like a bit of traditional jealously to me, no-one spoke out when we were 16th in the league last year.”

We’ve also tested Peter’s professional playing knowledge against our MG ambassadors in a special charity based feature all centering on the major championships. Click on the link to find out more – https://midlandsgolfer.co.uk/baker-ambassadors/

Midlands dates for the diary – Watch Peter Baker live this year by attending both of the following events, both offer FREE spectator entry. 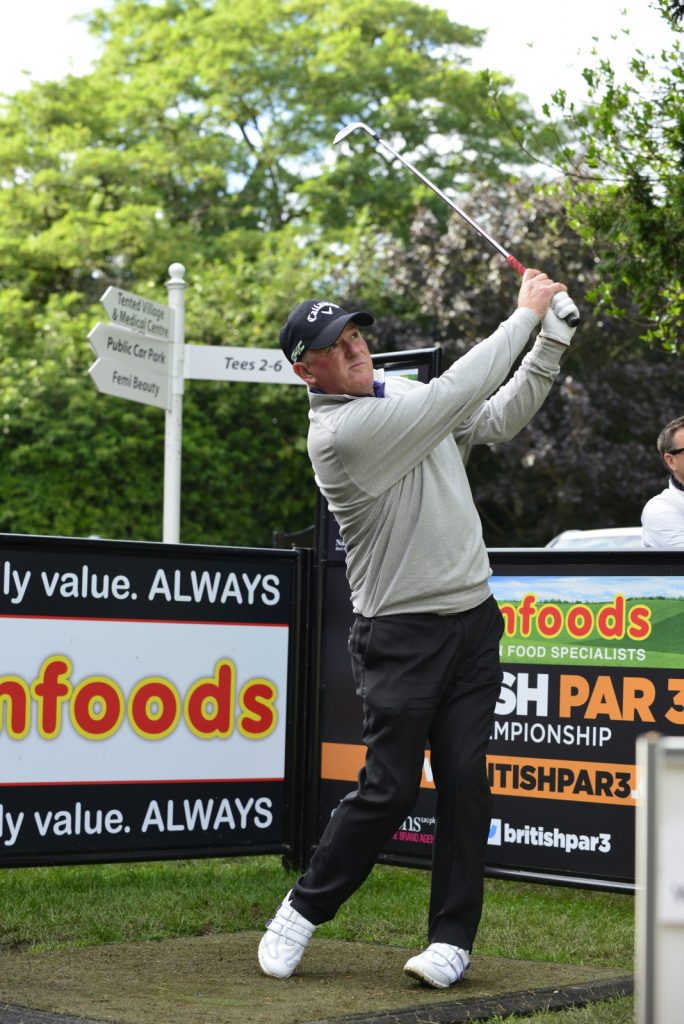 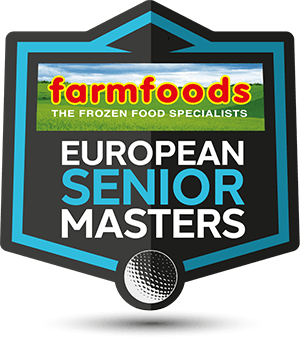