Following four previous events commencing early in July at Oswestry, The Grove at Leominster, Shrewsbury and The Shropshire, it was hard to believe such an exciting finish was on the cards at Shifnal.

The under- 11 boys and the under -13 boys competitions finished with tied winners as the union showed its strength in the junior department. 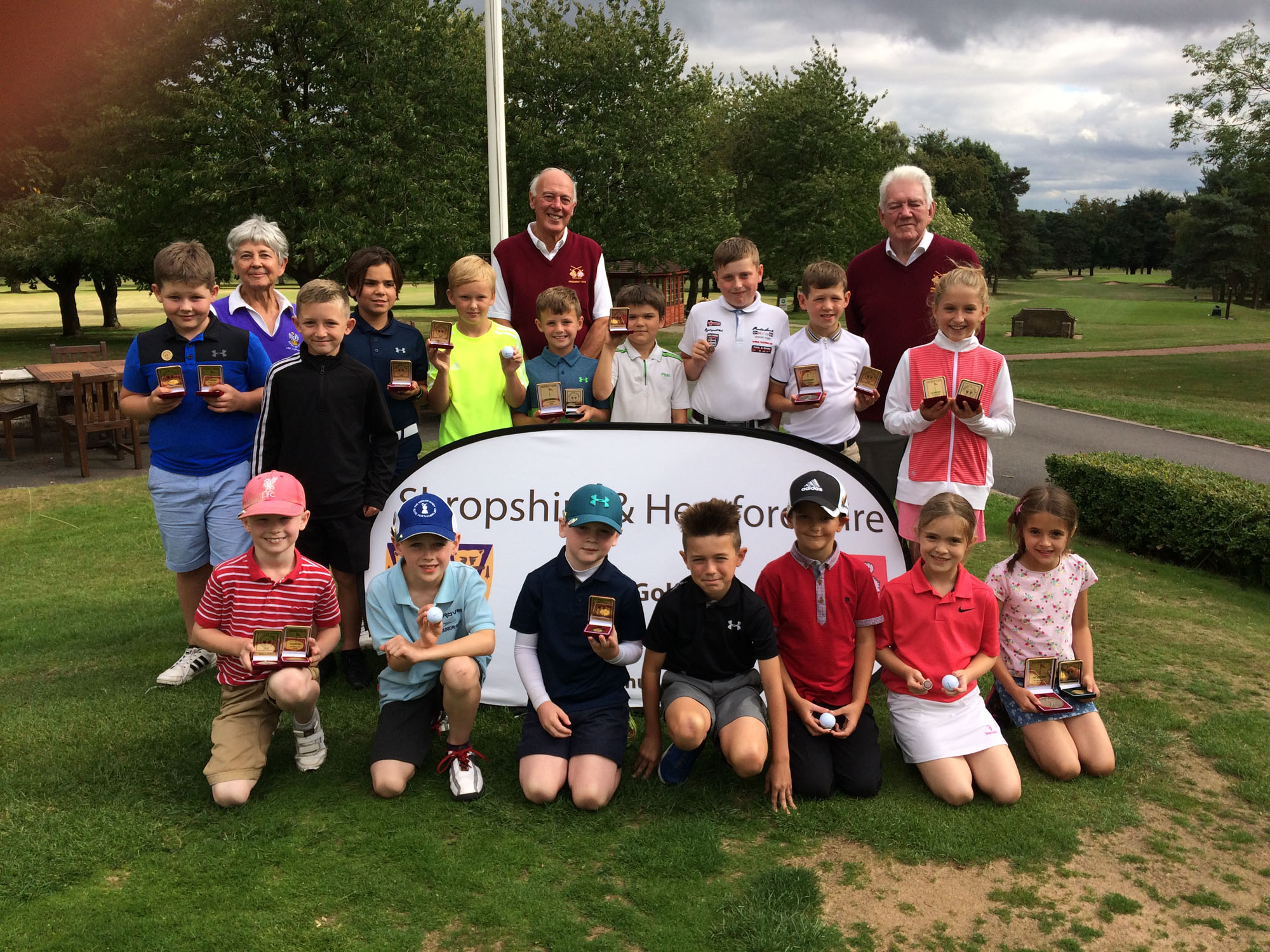 Josh Morgan ( Ludlow) and Harvey Barker ( the Grove) were each crowned under-13 champion as the age group finished with level points from the five fixtures… Max Balmforth, of Hawkstone Park, was runner-up.

The under 11 winners could also not be separated as Oswestry pair Finn Bowdler and Isaac Jones tied as joint winners with Telford’s Stanley Lin a close second.

Zach Banks of Shifnal Claimed the under 10 title with Alfie Daniels of Wrekin finishing as runner-up.

Telford  G C enjoyed more success in the under 10 s with Brodie Miller just finishing ahead of fellow clubmate Ben Steventon. Harry Slater (Horsehay Village) was the winner of the youngest age group, under 8 s with Sebastian Reynolds of Lilleshall Hall finishing second.

The Shropshire G.C. duo of Abby Birchall and Lily Griffiths came away with the girls titles. Birchall enjoyed success ahead of Henlle Parks’s  Seren Ramsey while Griffiths won the under 10 s category ahead of Wrekin’s Ellie Evans.

The final at Shifnal proved a great success, The lady Captain of Shifnal Debbie Miller and County President Ernie Wilkes presented the prizes to the youngsters in front of a full to capacity clubhouse of parents and players.

Remarkably there was a  second “Thrilling Climax” to the tour and this came in the  annual match against Nottingham Union of Golf’s equivalent Tour players  The Notts Nippers… each tour selects its 12 best golfers from the various age groups   (4 under-11, 4 under-10 and 2 under- 9 plus 2 girls) and they play a Ryder Cup format, fourball  matchplay in the morning and singles in the afternoon. The match, in its 15th year, was played away at Chilwell Manor Golf Club, Nottingham. 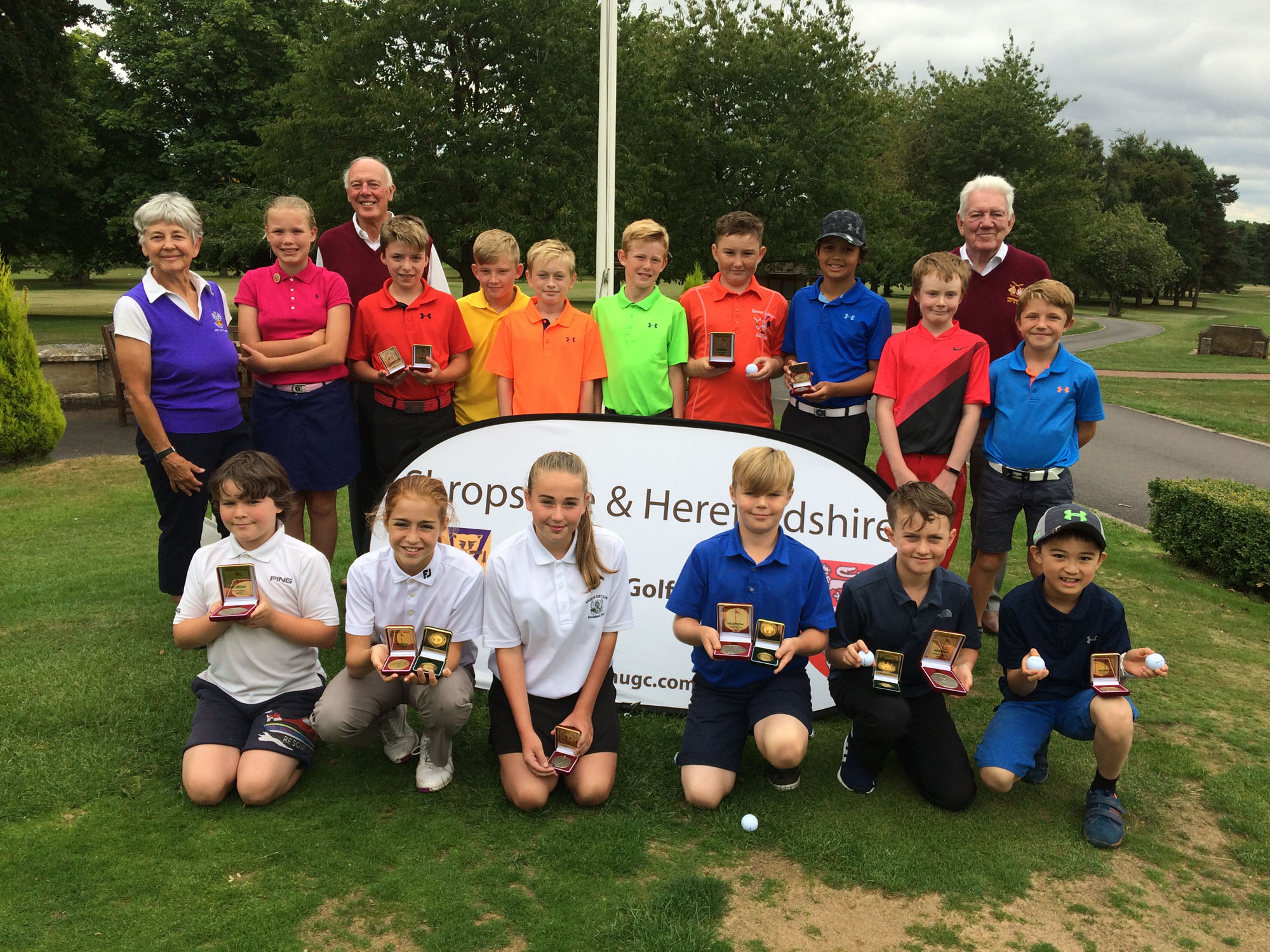 The morning session finished with the Peewees having a 3.5/2.5 lead. Notts, however, struck back very quickly in the afternoon winning the first three matches .. Abby Birchall putting up a brave fight against her 6 handicap opponent and Lily Griffiths, our youngest player age 6 just losing out to her much older opponent on the last green,  a great effort by the girls. Peewee wins then came from Isaac Jones, Stanley Lin, Zach Banks and Sebastion Reynolds .. However S & H youngsters were then sadly in a losing position until Harry Slater in the final match on the last green holed his put to win his match, to tie the overall scores 9 /9 .. and as winners of the trophy last year S & H Peewees retained the cup!

A great sporting occasion with our great friends from Nottingham. 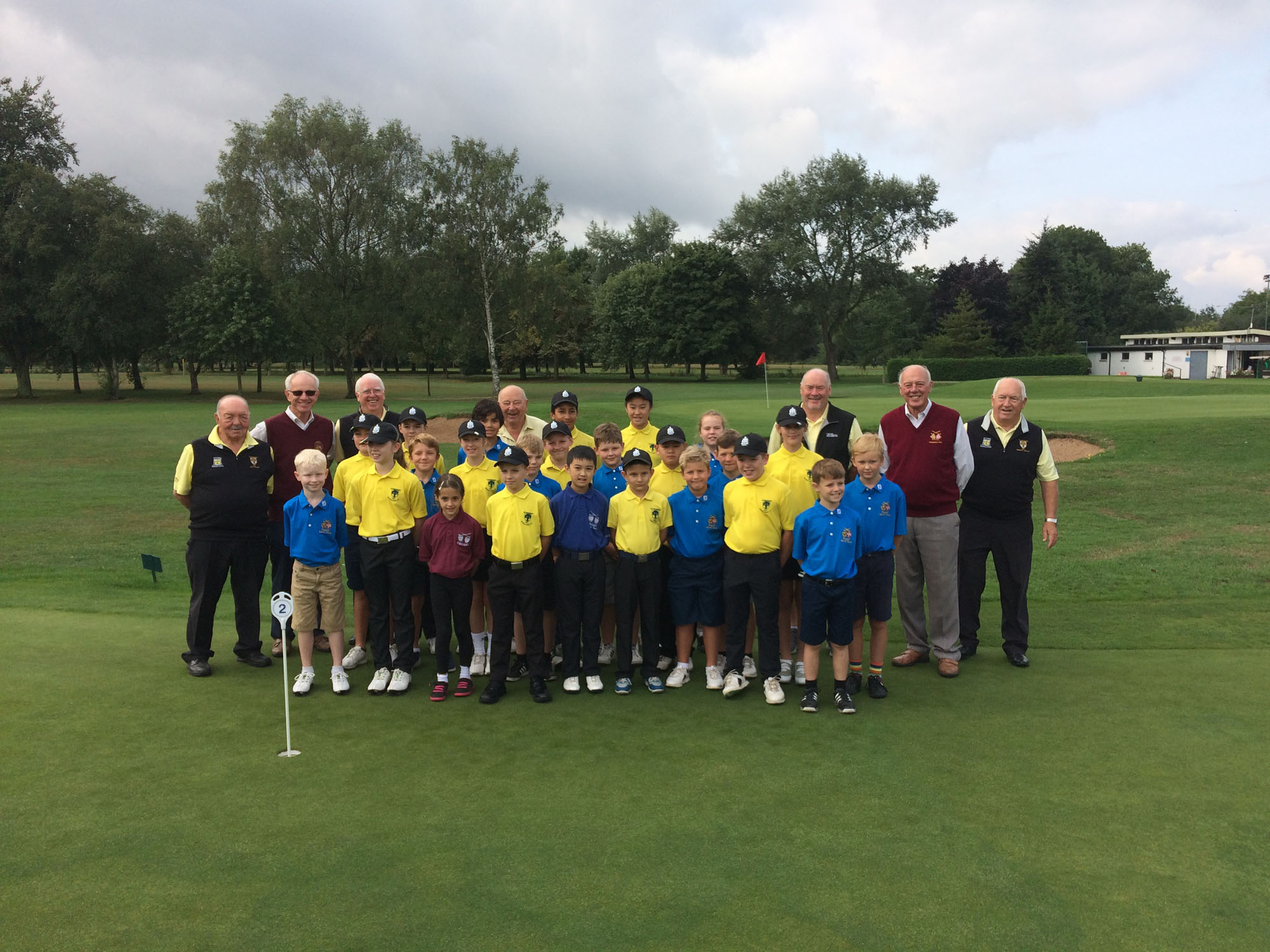 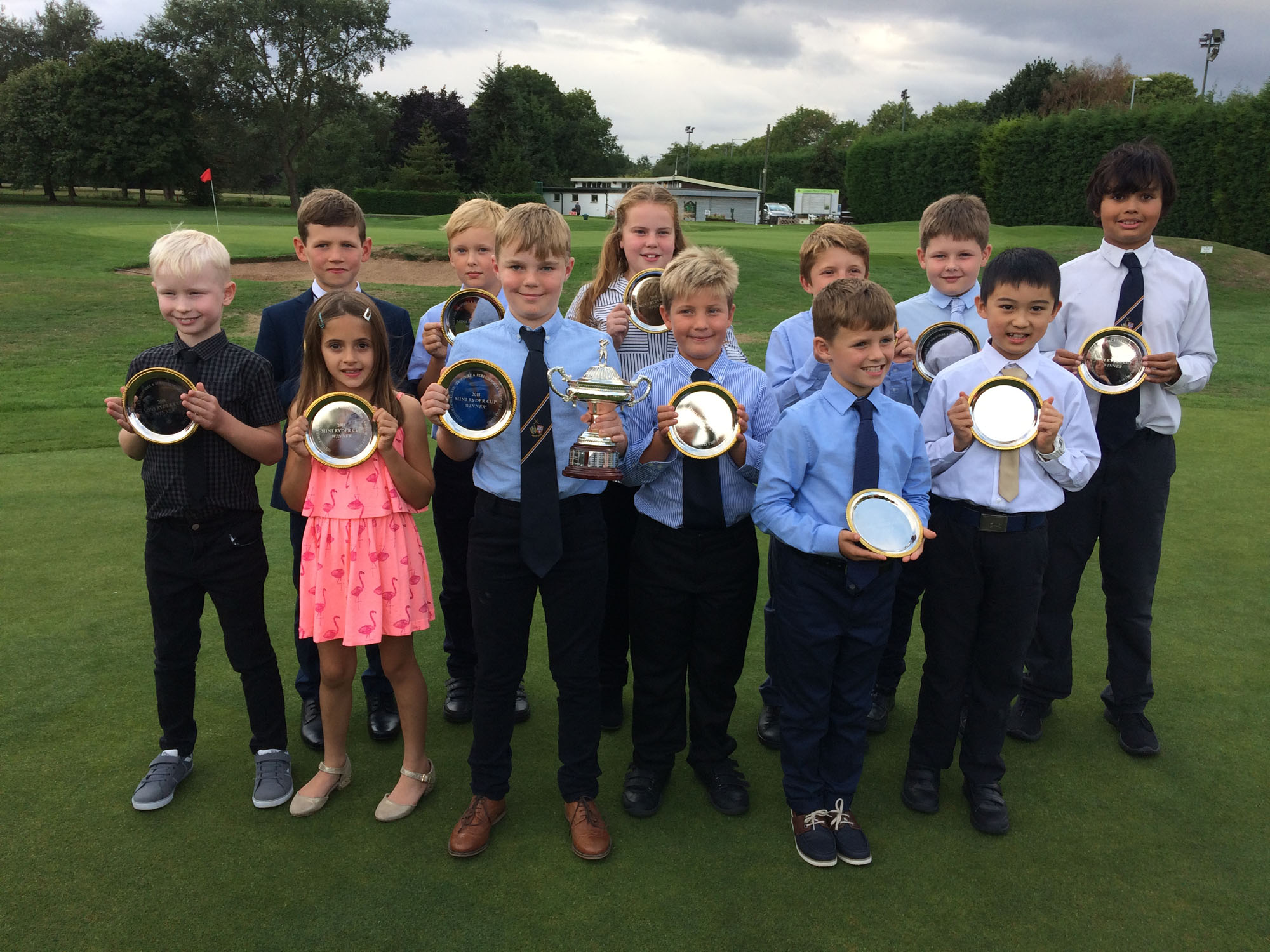