The Rock competition is a 36-hole scratch open golf event for leading amateur golfers and was held for the 41st occasion at Charnwood Forest Golf Club on Saturday 15 September.  The Rock has been running since 1969 and in the past has attracted names such as Lee Westwood, Paul Broadhurst and Simon Wakefield, all of whom went on to have success in the professional ranks.

This year, The Rock attracted a field of 20 leading amateur players from the Midlands, many with scratch handicaps or lower, including past winners David Gibson (Colne), Coby Cartwright (Cosby), Paul Dixon (Willesley Park) and George Raitt (Whetstone), and of course last year’s champion, Oli Willson (Longcliffe). 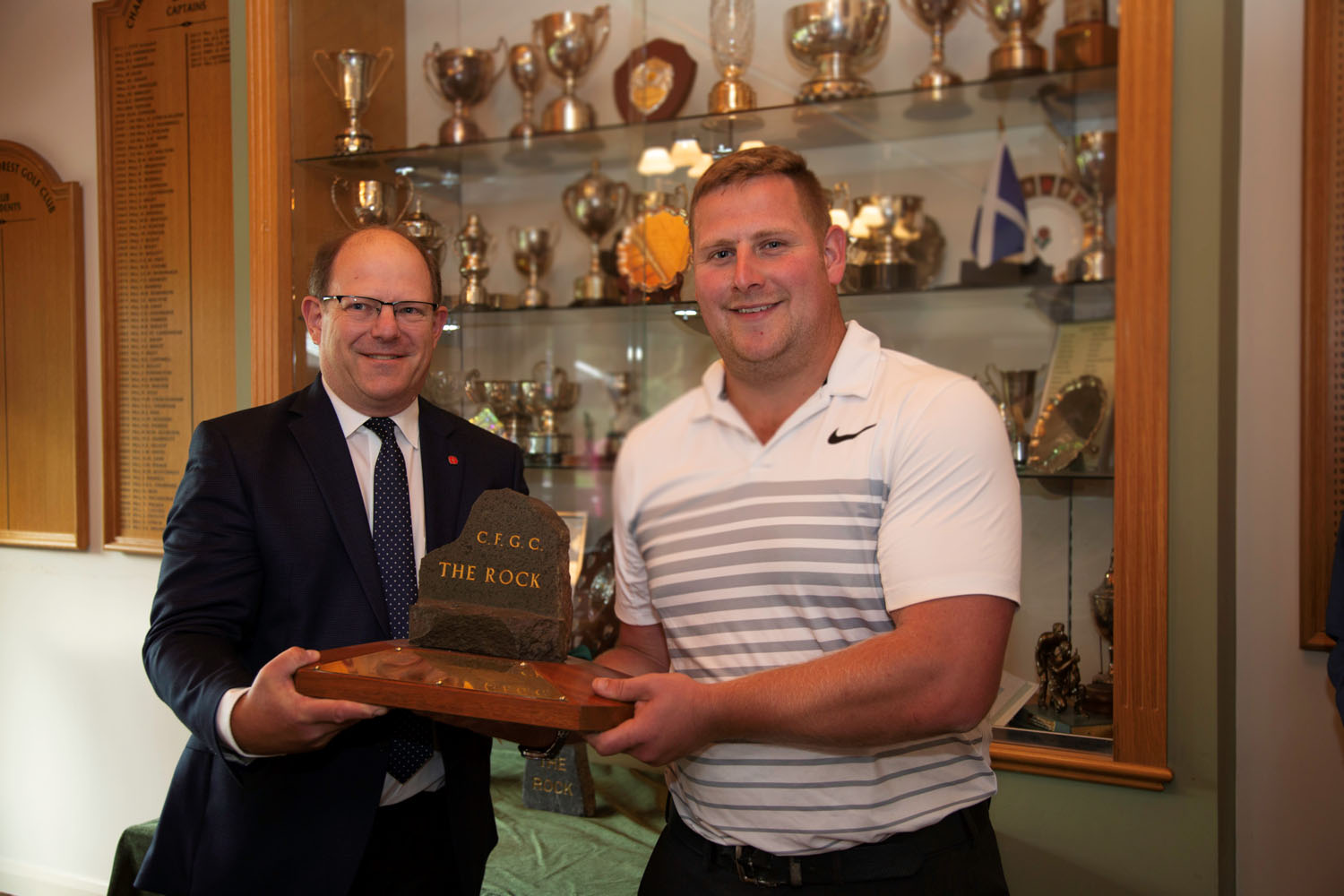 The competition was moved forward by a month this year to give some better weather and playing conditions. Nevertheless, the early groups found it tough going, but Sam Orton (Charnwood Forest club champion) demonstrated his local knowledge with a 75 (par 69), which was soon followed by 72s by Oli Willson and Luke Burrows (Cosby).  The outstanding morning scores of 69 were recorded by the 2016 Rock winner George Raitt and Tom Roberts (Rothley).

Tom’s round started slowly with four bogeys in the early holes, but he soon made up with 6 birdies overall and playing the back nine in 2 under. Sadly, county stalwart, David Gibson, had to withdraw after round 1 with a back injury.

In the afternoon, Paul McAvoy (Harpenden Common) made very few mistakes in a near flawless round of 69 strokes, with only two bogeys matched by two birdies, which gave him 3rd place overall with a total of 146.  Jonathan Garner (Charnwood Forest) found some form in the second round with a 70, making one birdie, one double bogey and sixteen pars. George Raitt’s first round excellence was quickly undone by two singles and one treble bogey in the first three holes and so he dropped out of contention.  Luke Burrows who has played consistently well over many years of The Rock, consolidated his first-round score, with a second round of 72 and a total 144, giving him 2nd place for the third year in a row. The first round leader, Tom Roberts played some excellent, controlled golf in the afternoon. Although he could not repeat the birdie-fest of the morning, he had 15 pars and a score of 73 (4 over), for a total of 142 and 1st place overall.  Tom was a junior at Charnwood Forest and both of his grandparents are past-captains of the club, so he was completely made-up with winning The Rock for the first-time.

The Rock was generously sponsored by Scott Property Consultants and the prizes were presented by past Captain of Charnwood Forest Golf Club, Mr Phil Scott. (Main image)

The top 10 places in The Rock