To the knowledge of the current members at Charnwood Forest Golf Club, 2019 was a special year for the U35 category, as it was the first time that the club had entered a team in the U35’s league. The season started off slowly as the Charnwood boys were beaten in the scratch knockout at home by Cosby, a disappointing result regardless of the superb talent that the visitors had to pick from.

However, what followed was much more positive, starting with a superb 4-0 victory over Rothley Park and backed up with two well-earned draws against Birstall and Kirby Muxloe. The aforementioned results saw Charnwood top the table and secure a place in finals day at Lingdale, where Whetstone were their semi-final opponents.

A hard-fought battle in the morning between Charnwood and Whetstone saw the teams draw 2-2, meaning that a playoff was required to decide who would take on the current holders, Cosby, in the final. Sam Orton and Dan Edwards were selected by captain Grant Copson to represent Charnwood in the sudden death contest, where after a  halved first hole, Edwards hit a superb approach shot to the second green which was ultimately good enough to see off their opponents. 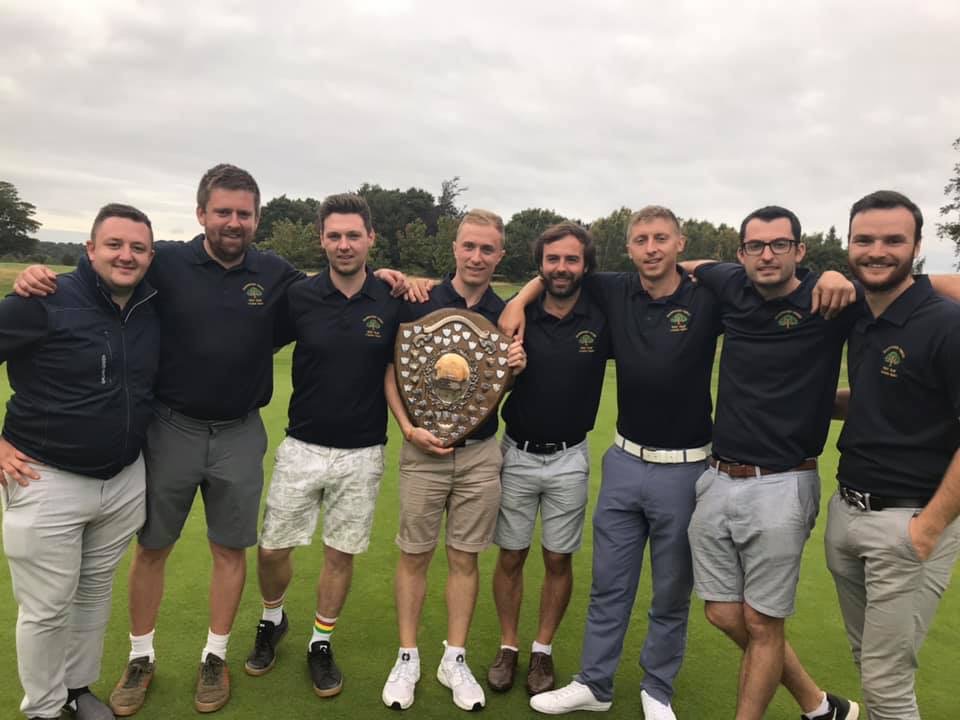 A change of order for the final for Charnwood saw Michael Price and Matt Barker work hard for a 1 up lead going down the last, only for Coby Cartwright to hole a great birdie putt on the last to get half a point for Cosby. The second match went to Cosby after some superb golf from the holders, but match three was secured for Charnwood as Dan Edwards’ approach shot into the 18th green was duly converted by his partner, Joe Turner, making the score 1.5 – 1.5 after three matches.

Charnwood’s final pairing had a narrow advantage on the 17th and the penultimate hole was halved, meaning that a half on the last was all that was required for Charnwood to claim their maiden win. A solid strike by six-time club champion Andy Nurse left Luke Mcmillan with a chance of a birdie, but after Cosby found the bunker off the tee and missed their par save, Cosby conceded and Charnwood were crowned the U35’s league champions for 2019.

What a first season for Charnwood and the team are already excited at the prospect of defending their title in 2020. A huge thank you to everyone that has supported Charnwood in 2019, especially the current club captain and a huge supporter of the “young guns”, Cliff Hitchcock.