Whittington Heath GC golfer and pro off +3, Ryan ‘Diggy’ Brooks turned up for a round at the club on Tuesday, July 21st with his coach Liam James and two other club members as playing partners, and as you see on the scorecard pictured here, we don’t need to add too much, Ryan had a pretty good day on the links!

Club manager Colin White, on contacting MG described the round as ‘outrageous’ – one never seen before at the club.

Despite it just being a casual game Ryan was playing off the whites and shot an incredible 14 under par 56, boosted by a hole-in-one on the fourth hole, with 10 birdies and a very satisfying eagle on the 18th too. Just 21 putts were taken in all; a chip in for birdie at 12 helped that low tally too.

Ryan, who has been at Whittington Heath since his junior days and has represented the club at every level since was modest about his achievement but a little relieved as well.

“We’d only planned on playing nine, but a few days previously I’d shot another 27 on the front nine but came in after that and got loads of grief for not carrying on!” 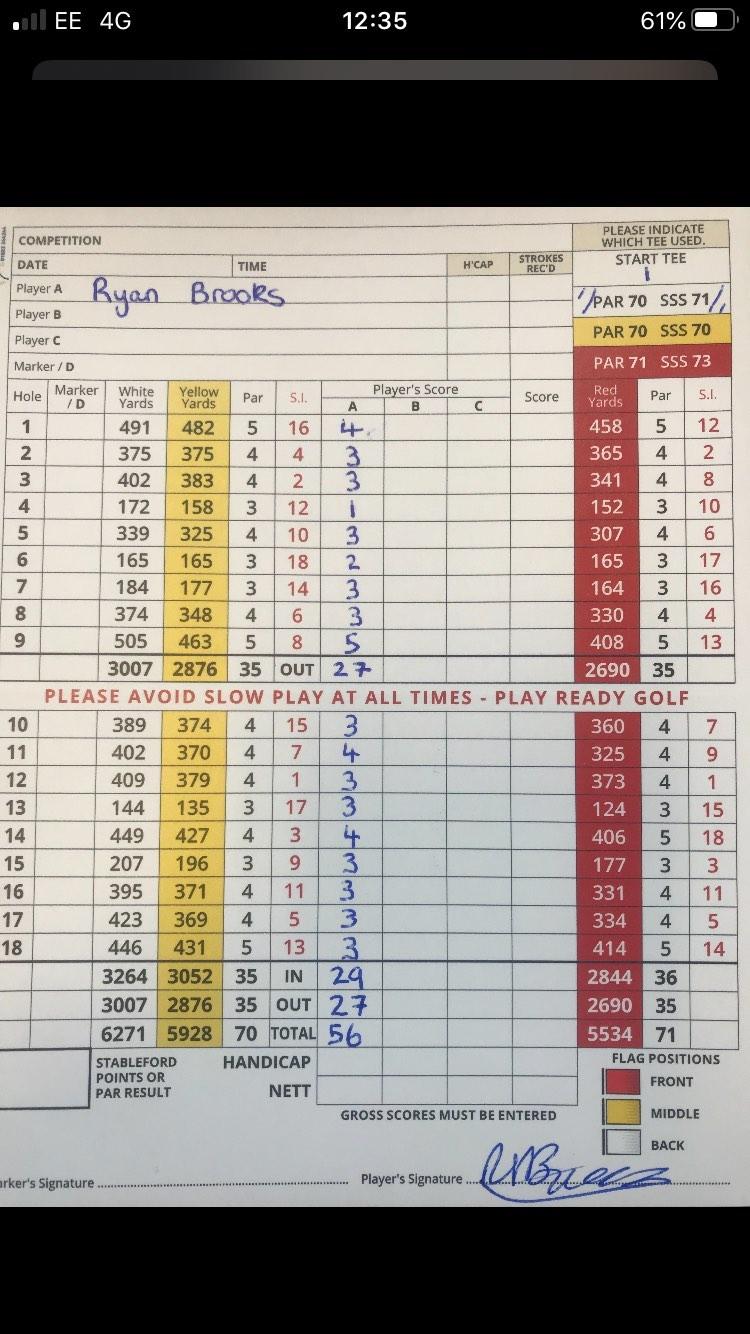 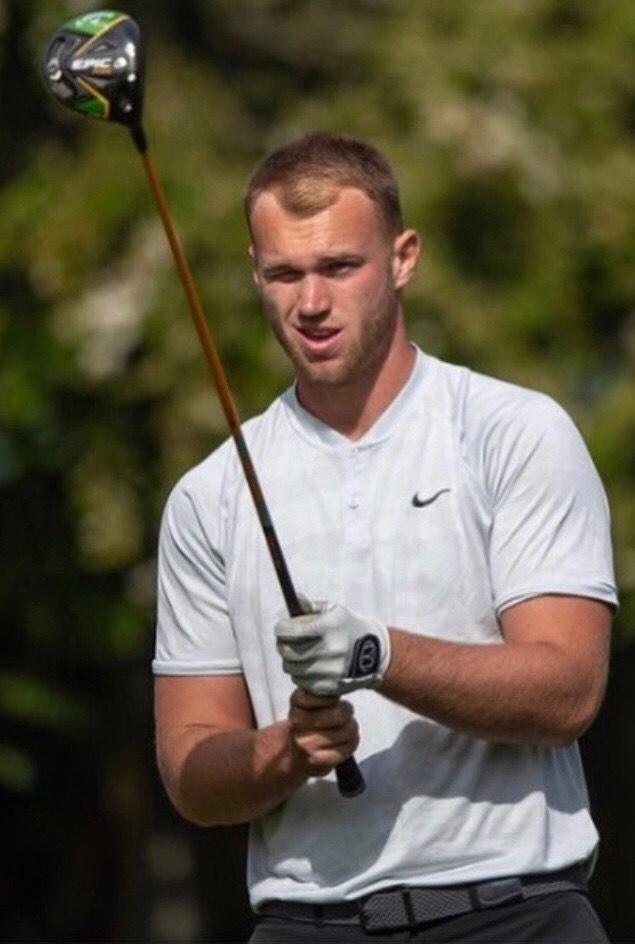 Typically for a pro he was still relating about the ones that got away too. “I had a few chances on the back nine that I missed, couple of six-footers on 11 and 14, but it was nice to finish with a couple of 20 footers on 17 and 18.”

Ryan is a full-time golfer looking to climb the ladder towards the big time and is currently competing in locally based Clutch Tour and related events. We wish him well for the future.

Uttoxeter to the rescue