It’s a natural thing to be drawn to the links venues of Ayrshire, they are the headline grabbers in this region with two Open Championship venues and a wealth of quality neighbours too. But not everyone prefers golf by the seaside, for the parkland lovers there is much to admire too. 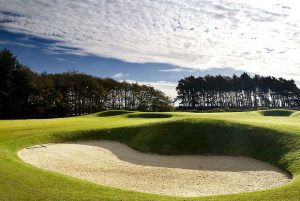 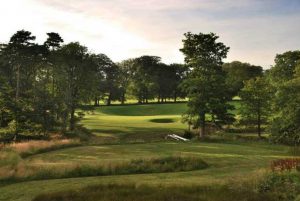 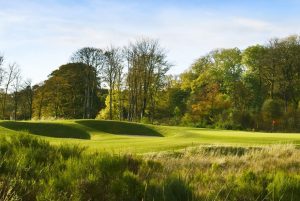 One of Ayrshire’s newer golf courses, a modern design set on historic land. Rowallan Castle itself which overlooks the majority of the golf holes here has origins dating back to the 13th century, taking it’s present form in 1513. It is available to hire for golfing parties wishing to immerse themselves in the past medieval style, plus some golf of course!

I enjoyed a beautifully sunny autumn trek around Rowallan, only opened in 2011 and designed to a very high spec by Colin Montgomerie. The lie of the gently undulating land is used to great effect and it’s very much a layout of nearly two halves. The first eight holes swing around the estate’s interior, large free formed bunkers and regular water hazards are in the mix and the first and eighth are beauties for entirely different reasons.

The ninth sends you out into the open, holes lengthen and become far more exposed to the elements on higher ground. But you also get some great views too across the east Ayrshire countryside, and a clear day gives regular reminders that your really not that far away from the seaside.

A splendid quirk about Rowallan is that they seem to have thought of GolfExpress before anyone else did. In it’s current shape, if you wanted to play a quick nine it’s not really possible. So they made an extra hole, running a flat par three along the castle grounds, you can add that to the first eight, not a problem anymore if you only have two hours to spare.

The ’20th hole’ is an ultra modern facility and the food is wonderful if the delicious ciabatta roll I enjoyed after play is indicative of the menu as a whole. 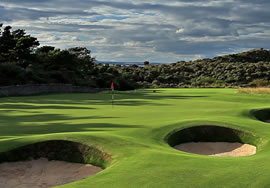