At the end of October Walsall Golf Club said goodbye to their Head Professional Richard Lambert, a career the likes of which will never be seen again. Richard is retiring after 56 years as a PGA Professional. A golfing journey that started in 1961 at Parkstone GC Bournemouth under the golden voice of golf, Peter Alliss.

Richard has been the club pro at Walsall GC since 1982 and will be succeeded by Dan Higgs and Ian Proverbs, Ian has been Richard’s assistant pro for 27 years himself. 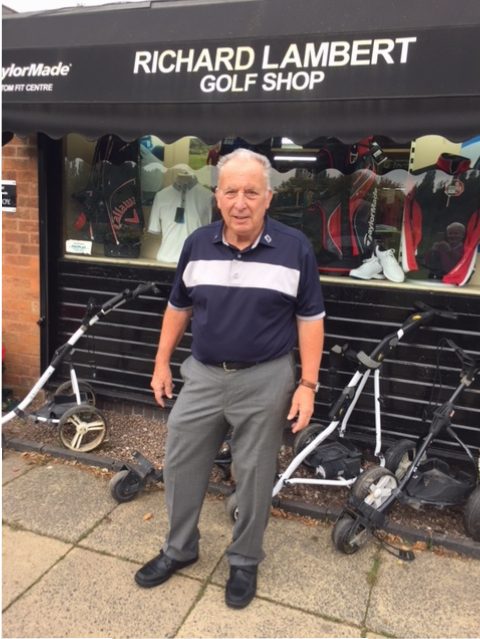 Richard came up to the Midlands to Worcester G&CC as assistant pro in 1965 where he worked for  four years, before heading back down south to Burhill GC.  His early assistant pro days then took him to Whitfield GC near Manchester, and Chevin GC in Derby where Richard became the head professional in 1970.  During his time there in 1973 he was fortunate enough to qualify for the British Open at Troon and made the final day. Richard finished T56 with rounds of 78, 74, 72 and 77. He still proudly wears his Open players badge.

Richards’s flair for sales developed whilst at Chevin and he changed the way players thought about their clothing, this is something that he is very proud of.  He will always be remembered at Walsall GC for having an ‘Aladdin’s cave’ of stock.

In 1976 Richard played an integral part in the design of Breadsall Priory GC where he would later become their director of golf.  His vast experience of over 50 years as a member of the PGA include being Past Captain and Chairman of the Midland Region.  In addition, Richard is a Past Chairman of the national body of the PGA where he was responsible for 90 staff and 6,000 plus British professionals worldwide. Richard is now an Honorary Member of the PGA and was made an Advanced Fellow Professional, only one category lower than the highest accolade of Master Professional of which there are very few.

Richard has been the Head Professional at Walsall Golf Club for over thirty five years.  Remarkably in his application for the role, he stated that if he was successful, he hoped that it will be his final role.  Little did people expect that he would still be there until 2018, a true testament to the utmost dedication of his work.

There is little that has not been written before or said about Richard that he has not achieved during his remarkable career.

Walsall Golf Club will certainly be a different place without him. The committee and members all wish Richard, his wife Frances and his family a long, happy and overdue retirement. 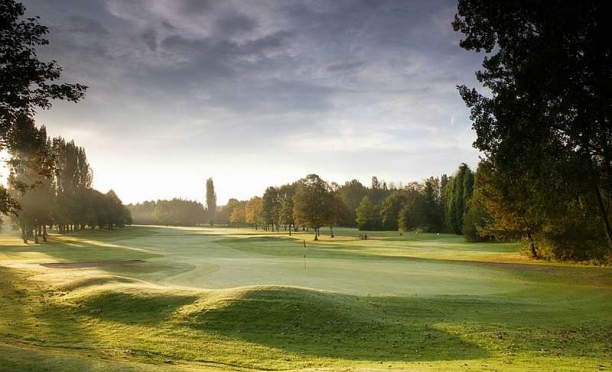