In April MG Ambassador Scott and I were invited by the newly opened Midlands Golf Superstore at Stonebridge GC for a club fitting experience at their newly refurbished driving range and fitting lab.

They are well known in the West Midlands with other stores at Four Ashes and Nuneaton and it was a pleasure for me to have the experience under the careful tuition of master fitter Phil, as we tested a variety of clubs. He explained to me in terms I could understand about shaft flex for my swing, club head speed, club length and grip size and with trialling different makes of clubs it was easy to assess which were more suitable for me. 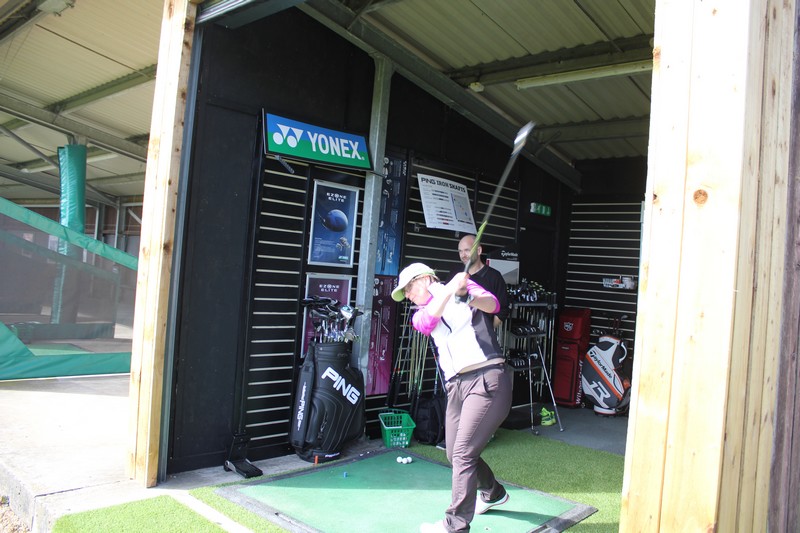 As I am keen to get some new fairway woods, I settled for the Cobra King F7s and look forward to receiving them. At my age now and a 12 handicapper with slow on-set of rheumatics and heaven knows what, I am happy to tweak a few things with my swing but would really prefer to have the clubs adapted to what I’ve got. I look to the flexibility of the juniors and remember the time when I could do that but now although still pretty active, I take paracetamol in anticipation of injury!! Not what I should be promoting as a Physiotherapist.

For those of you, irrespective of age or standard of golf, the Stonebridge store and the golf club’s facilities are very relaxing and made my day most enjoyable.

Update : Received my new fairway woods on Friday May 19th. The following week I played in a 36 hole Trentham GC ‘Major’ and only went and won the thing! As I normally tend to fade the ball, the new clubs instantly helped me to counter-act that as well as adding a bit of length. I feel so confident with them and in early June I went on to finish runner-up in another major club comp. Handicap is heading south, I’m now 11.5, aiming for single figures later this year and very happy!

‘Getting fitted for clubs is a sales tactic and makes no real difference.’

To prove me right, I went along to Stonebridge GC at Meridan for a fitting with Ian from Midlands Golf Pro Shop in the brand new all singing all dancing fitting bay. 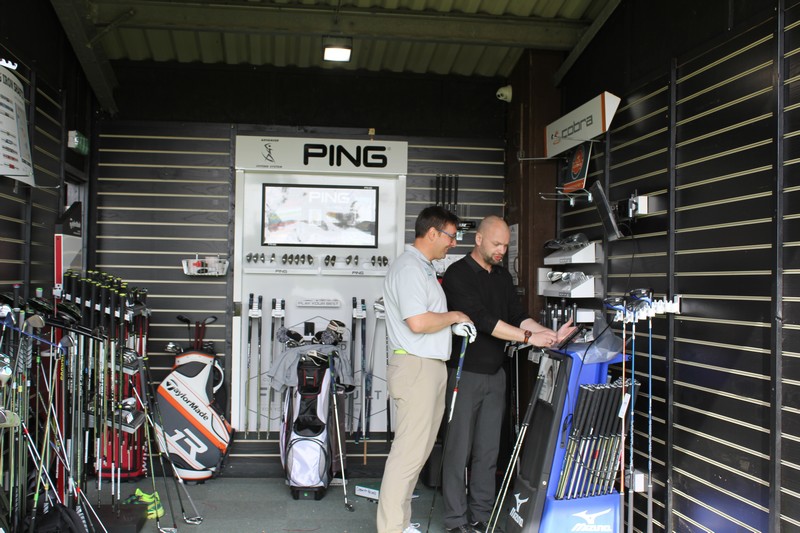 I hit a few with my own Driver, Taylormade R11, and, a few 7 irons, Cleveland CG17. I hit my standard distances of 240 and 150 yards according to the swing analyser.

I wasn’t aware of the high amount of backspin I generated with my driver, 2600rpm, which apparently would cost me some run. I then started the fitting with the Taylormade M1 and M2 drivers. With both I gained more distance, 250-260yds with less spin of between 1800-2200. I also tried the new Mizuno JPX, distances were around 260yds with spin down as low as 700, but in terms of control, I had none. I sprayed the ball left, right and centre, I didn’t know where it would go.

Finally I tried the Callaway Epic Neutral. This was a revelation. My biggest was a 279yds flight, and I consistently achieved spin of around 1400. I also hit my regulation 10-15yd fade. This was the winner.

I then moved on to the irons, hitting the new Taylormades M1 & 2s, Mizunos JPX900, Cobras King F7 and the Callaway XR. I tried all with different weight shafts and flex. I like heavier clubs, so going heavier than the 85g in my own was always going to be the preferred route.

Again, I started with the Taylormades, which felt nice but didn’t really improve my current length or control. The Mizunos were very much like the driver, better distance but no control. When I tried the Callaways, Ian explained that these were the biggest hitting irons this year in all fittings. That is until I tried them. The weight and balance was nice but I just got way too much height with them. This subsequently meant they were shorter.

I approached the Cobras with absolutely no opinion as I’d never even hit or considered buying anything Cobra. After a few hits I had question why they’d never been in field of vision. They were impressive, my standard issue fade but with greater distance. I was hitting 165-170yds regularly with the 7 iron, I was officially converted.

So I’m getting the Callaway Epic Neutral Woods with Cobra King F7 Irons. So will fitted clubs help me become a better golfer? Hopefully. More importantly, I will have the confidence and belief in the clubs to make me better.

I will come back with an update as to how they have improved my game and handicap. 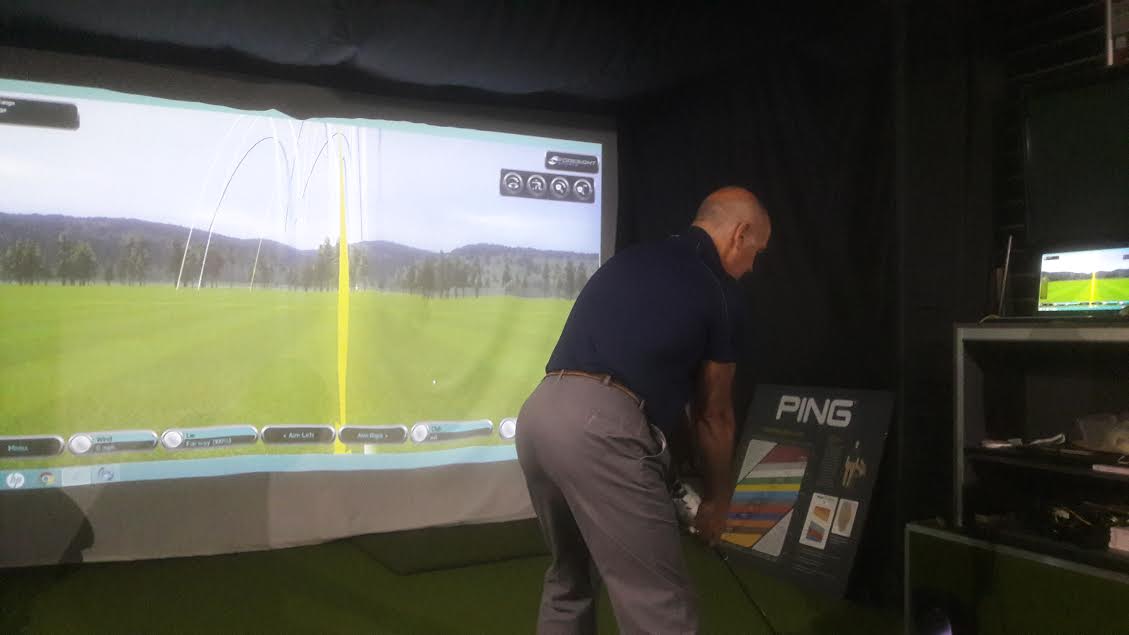 I visited Midlands Golf National Club Fitting Centre (Nuneaton) with Mandy on Thursday April 27th and was extremely impressed with the whole setup. I had initially gone for a driver fitting but came away on the verge of buying a new set of irons. I must stress that this was not as a result of a hard sell. Quite the opposite. Once Phil had gone through the warm up he got me to hit numerous balls with my current 7 iron. Then, with the aid of the trackfinder, he fully explained what I was producing in terms of club head speed, launch angle, spin speed and deviation from target line and then took me through a variety of different shafts (flex, stiffness and length) and club heads comparing each with my original.

Having worked through the 7 iron options Phil then looked at my driver again comparing club head speed, spin and launch angle. The interesting result was that a Taylor Made M1 driver gave me only an extra 15 yards but the M1 7 iron gave me an extra 35 yards and a launch angle of 21 degrees compared with 28 on my current club, any wonder the ball was stalling in mid-flight and going nowhere.

At the end of the session Phil did not try and push me towards any purchase especially the driver but said that he would keep all the data and for me to !et him know what clubs, and when, suited me.

I would rate Phil’s easy manner, in depth knowledge and explanatory skill absolutely first class and would highly recommended him if you are considering any new clubs. 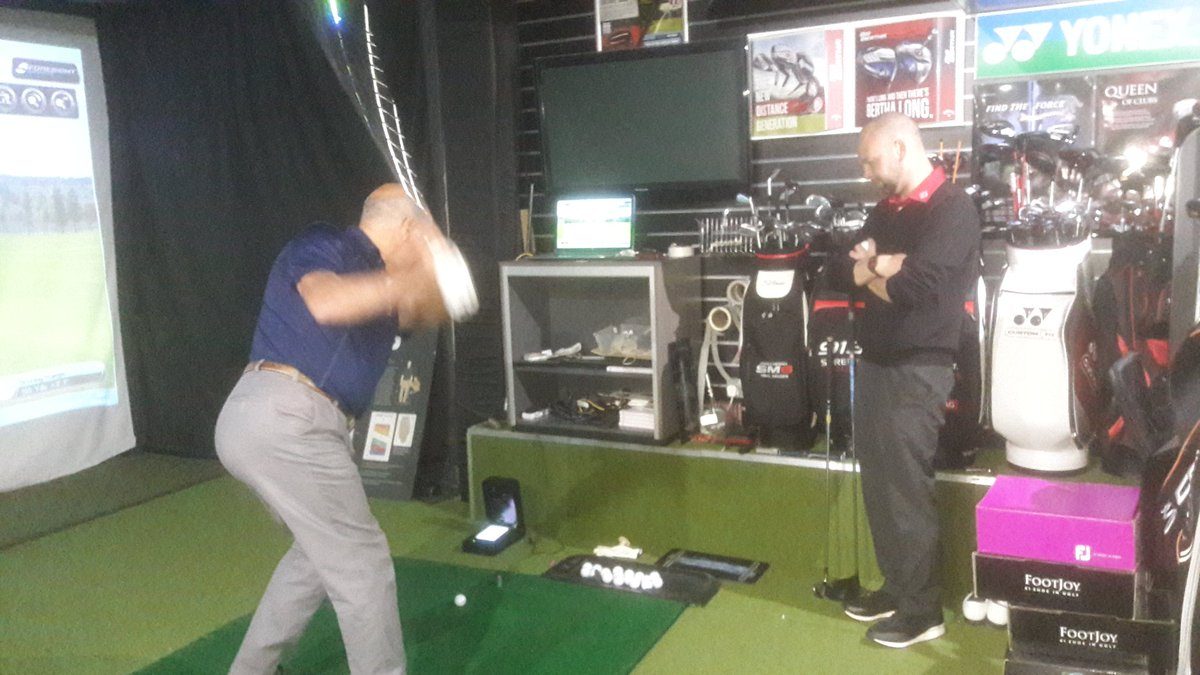 The first step of any custom fitting session is communicating with the customer. We use a detailed custom fitting form to ascertain the strengths and weaknesses of the player and what they are looking to achieve from the session, which we then keep on our records for the next time the customer visits us. 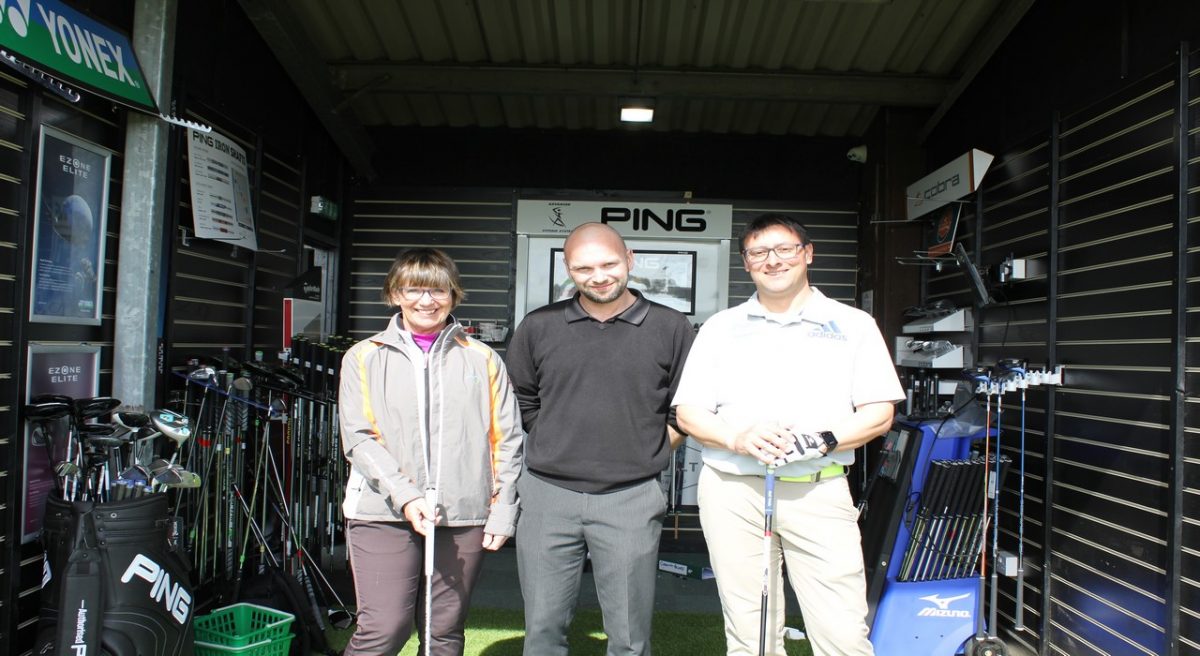 For some it may be more distance, more consistency throughout the bag, or for some it means focusing on a specific part of their game.

Using this information, the fitter is able to use their own product knowledge and experience to make very specific recommendations, focusing on the areas that will bring the most substantial improvement to the player and their scores. Many customers come to us with a specific brand in mind but once they have tried a range of brands often end up with a different brand. All of the brands are different which is why it is key to go to a fitter who has a large range of brands for the customer to try.

The main aim at the end of any fitting session is to have provided the customer with the best clubs available, giving them greater consistency so that they can enjoy playing golf more!

Midlands Golf ” For Everything Golf “ 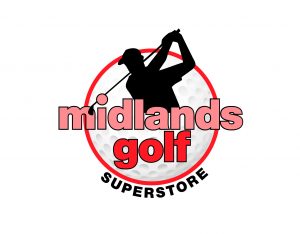