Gary joined the club not knowing a soul, now a decade later he has become captain of Churchill & Blakedown – a club he calls the friendliest in Worcestershire.

Big-hitting golfer Gary, a retired company director who plays off 16 and succeeds Bob Julier, described being asked to be captain as one of the proudest moments of his life.

Gary, who hails from Tamworth, took up golf in his 20s but stopped in his 30s due to work and family commitments.

But when he got the golfing bug again in his 50s, Gary joined Churchill & Blakedown and hasn’t looked back.

“When I first joined Churchill & Blakedown ten years ago I didn’t know anybody but since the day I first walked into the club I’ve been made to feel so welcome and have made a huge number of friends,” said Gary who lives in Belbroughton. 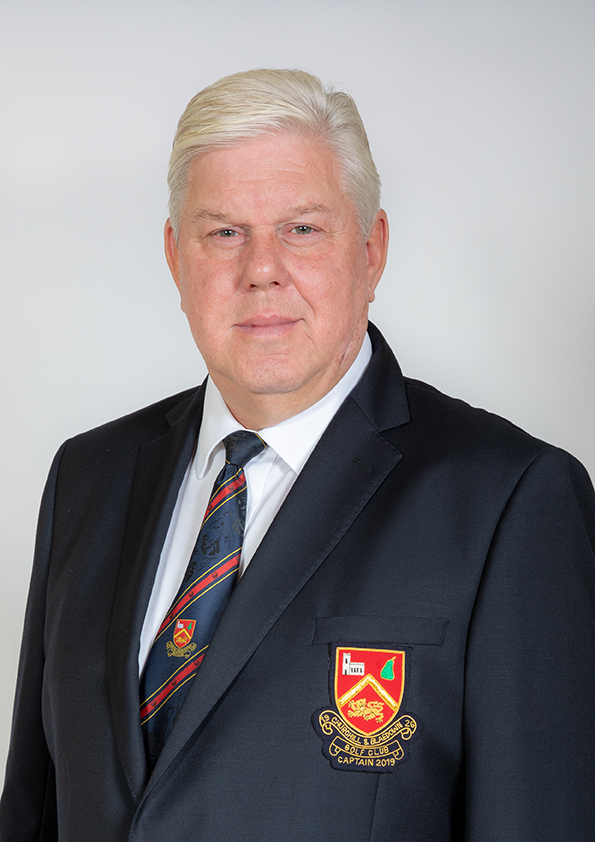 “It really is a great honour and I’m very proud to have been asked to be captain. As a club I feel we are going from strength to strength and my hope for my captaincy is to build on the good work being done across the club.

“I can’t speak highly enough of the club and I would encourage anyone to be a member here – it really is one of the friendliest and welcoming clubs that you could wish for.”

Gary’s nominated charity for his captaincy is the Centre Point charity which helps vulnerable young people by giving them the practical and emotional support they need to find a job and live independently.

It is a cause close to Gary’s heart particularly given his wife Andrea and daughter Elise are both teachers.

“I feel youngsters should be given every chance in life because it is a struggle given the cost of housing and lack of opportunities,” added Gary.

“Us old guys have had our day, as a society we need to make sure we give as many opportunities to youngsters as we can so I’m delighted to be raising money for Centre Point.”

Anyone interested in joining Churchill & Blakedown should call the pro team of Angus and Phil on 01562 700454.

The Midlands own – ‘Beautiful Wilderness’