Rock was successful in 2002 en route to joining the European Tour and Staysure Tour winners Paul Streeter and Paul Wesselingh have also topped the Order of Merit.

Now Brittain, 29, has added his name to the roll of honour as a result of being a paragon of consistency in the three-tournament series. 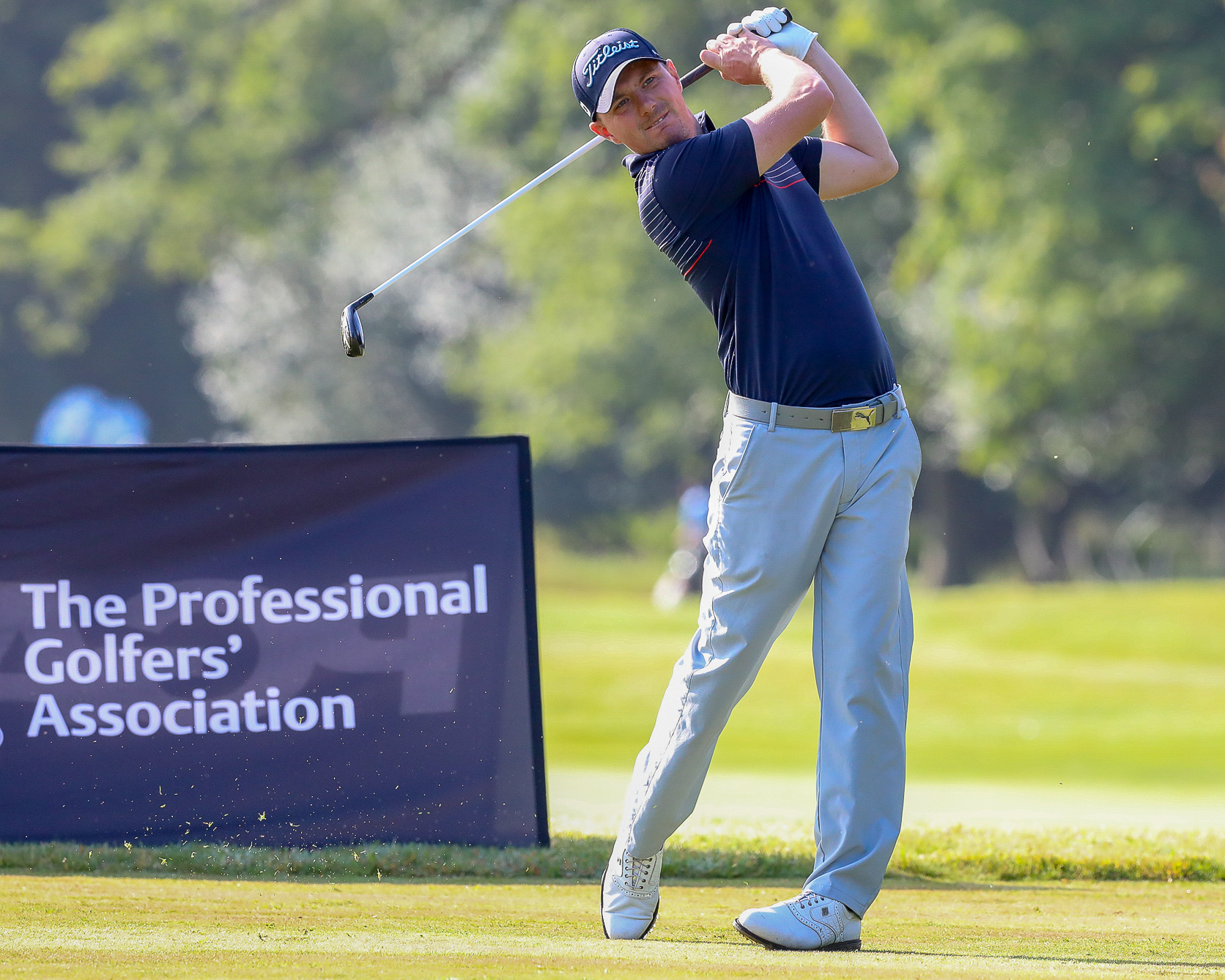 He finished second in the first two events before signing off by winning the PGA Midland Professional Championship at Shifnal Golf Club with an eight-under-par total of 134 for the two rounds.

That left him a shot clear of seasoned campaigner, Nottinghamshire’s Andy Willey, the 2018 winner of the Titleist and FootJoy PGA Professional Championship.

“He pushed me all the way,” said Brittain, a PGA Assistant at the Matthew Lea Golf Centre, Telford.

“He was chipping away at me all day and the last four or five holes was like a matchplay scenario. We both knew that whichever of us won would probably win the Order of Merit as well.

“He’s such a consistent player and is lovely to watch. His attitude is great and he doesn’t let anything faze him.

“It was really good to put myself up against someone like that. I played with him in the Midland Masters at Ladbrook Park as well and learned a lot from him then. Playing with him has really helped me this year.” 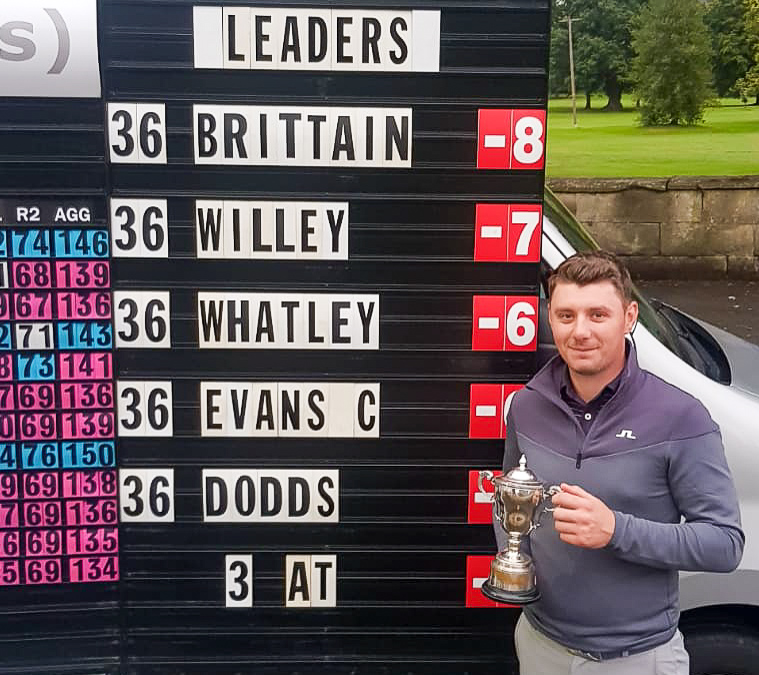 Brittain, who earned £775 for winning at Shifnal, will meet Willey again when they compete

In the end of season PGA Play-Offs in Turkey as a result of finishing in the top three in the PGA Midlands Order of Merit. They will be joined by Sam Dodds of Coventry Golf Club who was third in the Order of Merit after finishing tied third at Shifnal.

The top three in each of the PGA’s six other regions also qualify for the Play-Offs, as do the top two in the 2019 Titleist and FootJoy PGA Professional Championship and winner of the Birdietime PGA Assistants Championship.

In addition to the £3,500 first prize on offer, a top-four finish in Turkey earns a place in next season’s BMW PGA Championship at Wentworth.

“That really is something to go for,” added Brittain, who was born and brought up in Shropshire and played for three seasons on the EuroPro Tour before embarking on his training to become a PGA Professional.

“It’s a reward for my consistent play over the season and I’m looking forward to it.”

The full list of scores can be accessed via this link:

The full list of Order of Merit rankings can be accessed via this link: