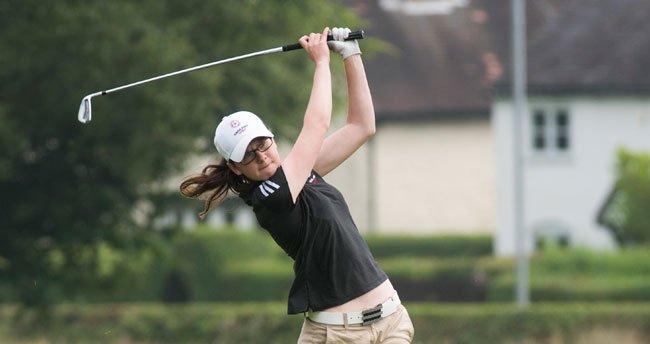 England international Lianna Bailey has won her first top amateur title with a one-shot victory in the St Rule Trophy at St Andrews.
The 21-year-old from Kirby Muxloe Golf Club in Leics finished on 12-under par and remarked: “It feels like this has been a long time coming, but I’m very happy to finally get over the line and get one under my belt. I knew I had the game to do it, I’ve been close so many times, but it feels so nice to get over the line.”
Bailey is the first English winner since Mel Reid in 2007 and she added: “It’s so good to put my name next to the likes of Annika Sorenstam and Catriona Matthew, especially when it’s at the home of golf. It’s pretty special.”
Bailey was two shots off the lead after the first 36 holes, played over the New Course, and remarked: “I knew I had to pull something out of the bag.”
She did exactly that, playing the front nine of the Old Course in seven under par, kick-starting her scoring with an eagle on the second. “My partner and I were just throwing birdies at each other and it wasn’t until we got to the scorer on the 9th that I realised how low I was,” said Bailey.
She finished the round on six-under to pip another local star, Staffordshire’s Emily Brennan (Trentham) and Scotland’s Hazel Macgarvie by one shot. 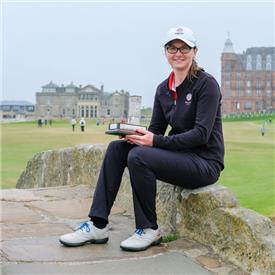 There was more good news for England in the U18 event which was won by Gloucestershire’s Caley McGinty (Knowle) on five-under. The first six places in the U18 competition were taken by English players with Bailey’s younger sister, Jessica, finishing fifth.
The sisters’ preparation wasn’t ideal because their car broke down not long after the start of their journey to Scotland last Wednesday. They didn’t arrive in St Andrews until the early hours of Friday morning and hastily crammed in 27 holes of practice before play began on Saturday. “It’s been a bit of a whirlwind, these last few days,” said Bailey.
Now, she’s preparing to take up an England Golf invitation to play against the professionals in the Korean Open, alongside Emma Allen (Meon Valley, Hampshire). The championship takes place from 14-17 June and Bailey said: “It was pretty amazing when I got the phone call.
“The Koreans are leading women’s golf and it will be nice to see how I stack up against them.”
https://midlandsgolfer.co.uk/wp-content/uploads/2018/06/lianna-2.jpg 344 650 Midlands Golfer https://midlandsgolfer.co.uk/wp-content/uploads/2014/09/midgolfer-new.jpg Midlands Golfer2018-06-07 08:45:422018-06-07 08:45:42Lianna wins her first big event