Continuous investment and innovative planning at Alsager Golf and Country Club has resulted in the unveiling of the new back nine holes on the course.  The changes have been funded solely from the voluntary 200 Club Lottery and the majority of the work carried out by the Club’s own Greenstaff throughout the year.

At a time when many golf clubs are not investing in their course, Alsager Golf and Country Club has taken the opposite approach.  In addition to the £500k which the club spent a few years ago on improvements to the course drainage, last year the decision was taken by the membership to redesign some of the holes on the back nine and enhance the course for all golfers.

The old 13th par 3, known to many as ‘cardiac hill’, has been replaced with a new par 4, 13th hole which promises to be one of the signature holes on the course. 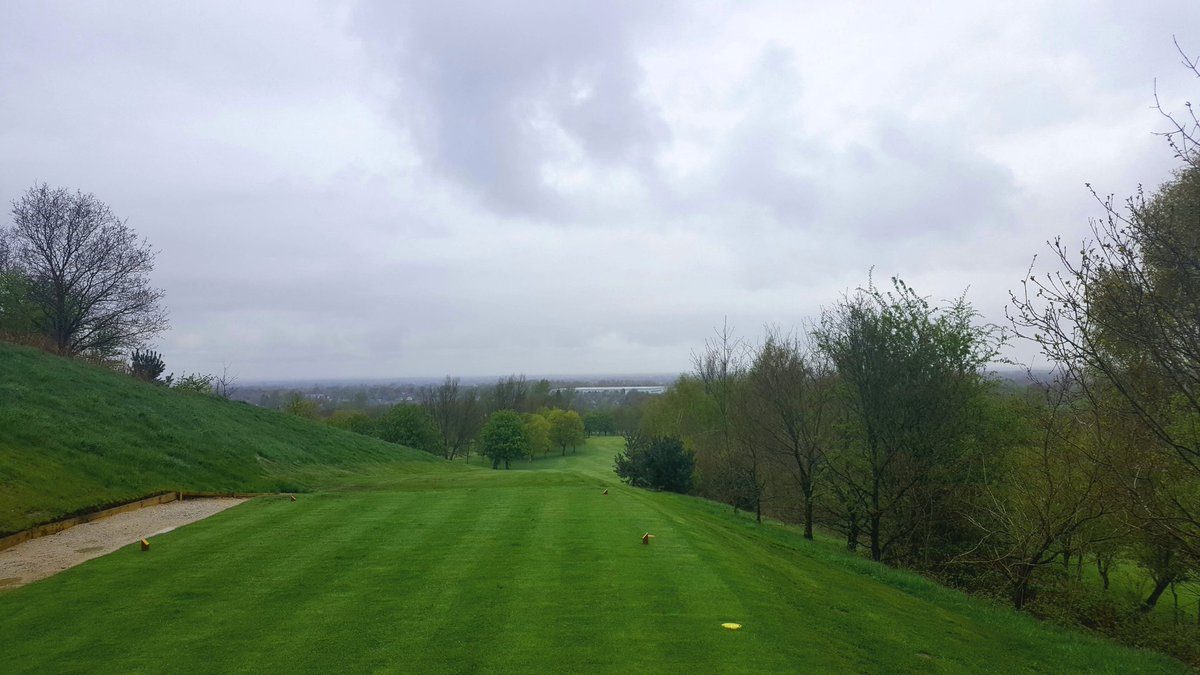 Not only has the 13th changed, but also the 14th and 15th has also benefited from the redesign.  The current 15th has become the 14th and so golfers are still able to enjoy the spectacular views over six counties, which can be seen on a clear day.

A new short par 3 has been added, this is the new 15th and the members actually designed the green and the approach, so this has really been a project that has the Club behind it.  Then as previously played you will will move seamlessly over to the 16th and play the remaining three holes as before.

The 200 Club Lottery was first proposed by Vice Captain Frank Wallace two years ago and this has been used to to fund the £15/20k  project. The club has also been fortunate to call on members with professional skills such as architect Dave Volkes, Director of Hulme Upright for their help.  The Club’s own Greenstaff, headed by Mike Goodfellow, have carried out the work, with some additional help from contractors for the heavy machinery work. During this time Alsager’s members and visitors have continued to play the existing course, with minimal disruption.

The new holes are important for both membership retention and to attract new members and although some of the stroke indexes have been changed for two of the new holes, the course yardage is reduced slightly.  New buggy paths are installed and any trees lost have been replanted as the environment is important to the club.

MG’s editors Phil and Mandy were invited to a special occasion at the club on April 27th when the new back nine, funded by the club and worked on by the greenstaff with plenty of member support was officially opened. 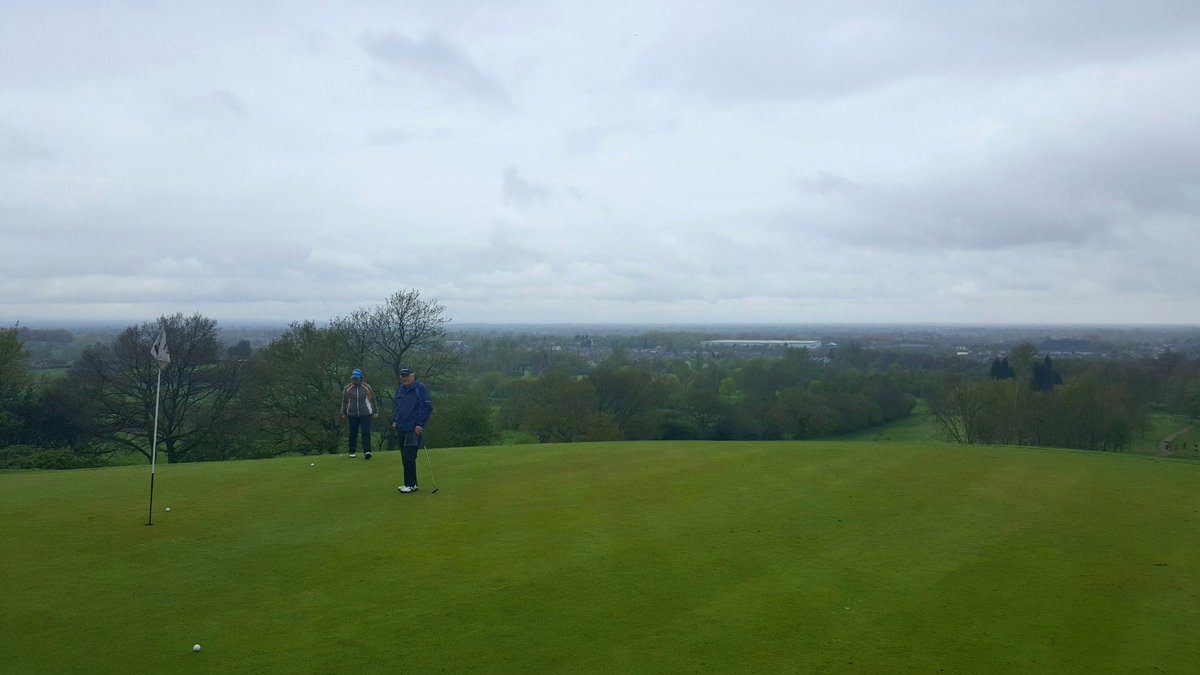 Alsager’s issue was always their final six, from the old 13th hole onwards you get some marvellous views from the top of up to six other counties on a clear day. But such was the configuration, the stretch from 13 to 15 left you with not one but two quite punishing climbs to contend with, a slightly off-putting prospect.

Something was needed and funded solely by club lottery takings, work started in the winter to make the changes required.

What they’ve achieved is incredibly impressive and has done the trick perfectly. The old long uphill par three 13th has now been changed to a much shorter and level 15th, completely taking out one of the climbs. The 14th becomes a new par four 13th, with spectacular views from the tee. The old 15th now becomes the new 14th, with a new path constructed to make it an easier walk to the 15th tee.

There’s still a little bit of work to be done at the back of the new 15th green, but the new loop is now fully open for business, easier walking, yet still maintaining that scenic splendour. They’ve done a wonderful job and MG were made to feel extremely welcome by the club, whose members make as much effort in a friendly welcome as they do when pulling together for a job such as this. 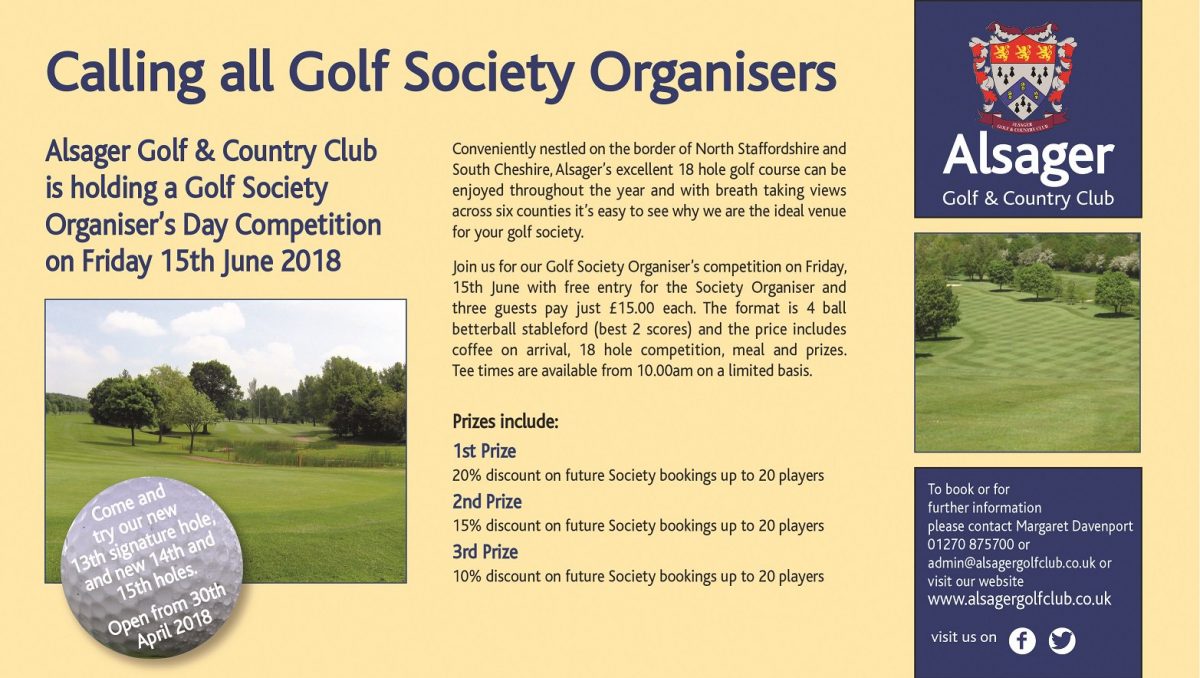 On Friday June 15th societies are invited to play in a special organiser’s day – organiser plus three playing partners for just £15 each including a meal, with discounts off society days as prizes.

For the month of May Alsager celebrates the opening of the new holes by offering £10 visitor green fees for Mon-Fri which also includes 20% off bar drinks. 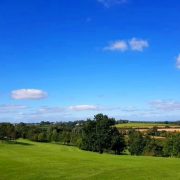 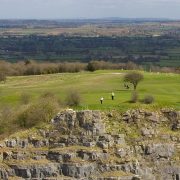 Women and Girls hit ‘The Hill’

Hole in 1 for 4yr old Prodigy 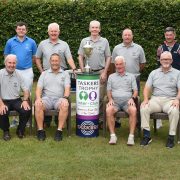 Taskers glory for Uttoxeter and the Pink Ladies 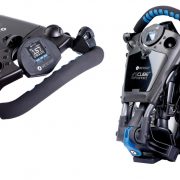 The CUBE is the 1st ‘Smart’ trolley 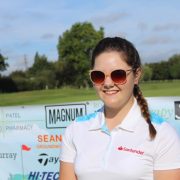 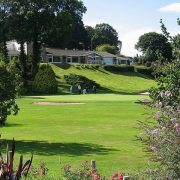 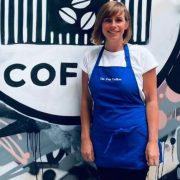 Golf in Lockdown – How was it for you?